According To Actual Science If You Have Weird Semen, You’re Probably Going To Die Soon

"Weird Semen" would be a great punk band. 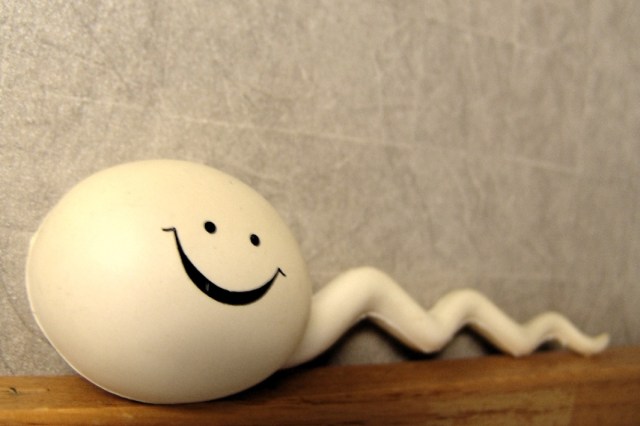 Nobody panic but – okay, maybe panic. In something-that-scientists-actually-studied news, researchers have just determined that if you have weird semen, you’re way more likely to die young than everyone else. Yeah, you. Weird semen guy. I’m talking to you.

Scientists at Stanford University studied the medical records of 12,000 men aged 20 to 50 who’d come in to have their semen analyzed between 1989 and 2011 (for potential infertility reasons, not just for kicks). The team compared semen abnormalities – including sperm volume, count, motility, and shape – with mortality rates and discovered a correlation.

Apparently, men with two or more of these semen abnormalities were more than two times as likely to die during the eight years immediately following their semen analysis, compared to men with “normal” semen. The median age of death for dudes with weird swimmers was 36, despite most of them having better-than-average diet, education, access to health care, and income. The study also took into account health differences, age differences, and unknown diseases – and the results stayed the same.

So I guess you better hope that your semen isn’t abnormal or you’re probably going to die soon. Happy Sunday!