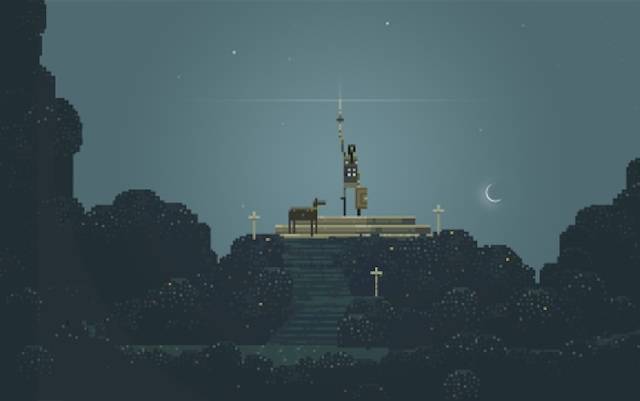 A funny thing happened while I was writing this article. For whatever reason, the wonderful Anita Sarkeesian and I both had the idea to highlight this game at the same time, 4 years after its release. That video, the newest in her Feminist Frequency Youtube series, highlighted many of the same things that I did in the first draft of this article, but it did so much better. As our audience no doubt has a lot of crossover with hers, it seems silly to try and tread the same ground. I have decided instead to talk about how the game came to be, how a small collective of artists and programmers ended up making such a beautiful and wholly original game.   For an understanding of what makes Sword & Sworcery so freaking great, please first watch Anita’s video, perhaps stopping at 4:45 to avoid spoilers.

These days there is no shortage of great games available on Android and iOS, but things were completely different just a few years ago. Before console and PC games were regularly ported to tablets and indie developers spent resources making beautiful games specifically for mobile platforms, the App and Play stores were even more dominated by frowning fowl and sickly sweet matching games than they are today.

Sword & Sworcery was a collaboration between Pixel Artist Craig D Adams (AKA Superbrothers), Indie musician Jim Guthrie, and Capybara Games. It started out as a small passion project, but ended up becoming a revolutionary smash hit and one of iOS’ biggest games.

Adams founded Superbrothers in 2003. His intention was for the studio to work like a band, jamming with other artists to create something great. In a time before terms like “Indie game” and “art game” however, there was no established audience for the games that Adams wanted to make. His dream would have to wait while he worked as a concept artist and designer for a big game company. 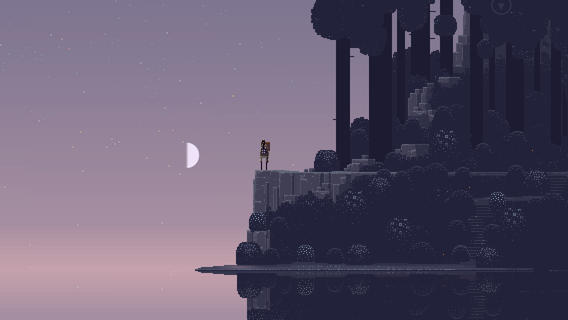 That same year, Nathan Vella, Alex Chan and Kris Piotrowski founded Capybara. The three had no experience in game design, just film degrees and a deep and earnest love for games. They too would spend the next few years of their lives making games for other people – most of them licensed games for cellphones.

In 2008 and 2009 the studio started to gain some recognition with their games Might & Magic: Clash of Heroes and Critter Crunch, the latter winning the IGF award for best mobile game – yet still, they weren’t making games for themselves.

It was in 2009 when Superbrothers and Capybara would finally get the chance to start work on their dream game. Adams and Piotrowski met at a party during GDC and hit it off instantly; by the end of the night they had decided to make a game together. Capy was between projects and Superbrothers was no longer happy working for a big developer, so the timing could not have been better.

Adams soon got in touch with his long time friend and collaborator Jim Guthrie and brought him on to provide the soundtrack. Now that the team was formed, they just needed an idea. 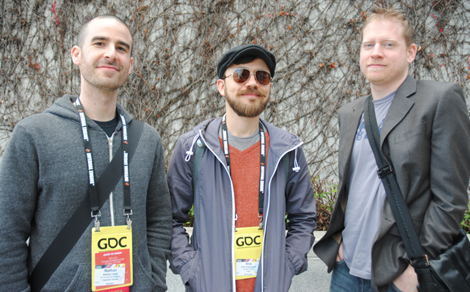 In its first form the project was known as Poopsock. After working in games for years, Adams had started to feel depressed about the state of the industry, and the original idea was based around those feelings. Inspired by a talk at GDC, Poopsock was to be a satirical exploration of some of the the negative trends in game design and narrative. Thankfully, upon further reflection they decided to make something much more positive. Rather than pointing out the problems with other games, they set out to create the antithesis – a beautiful and meaningful game that respected the players time and intelligence.

They wanted to make a game specifically for the iPhone to explore what the device could do. Basic features like the calander and motion sensor were to play a big role, while one of iPhone’s most popular apps, Twitter, would be integrated throughout the whole experience. The game would feel like an interactive album, with the music taking center stage and the design complimenting it. It would be an intimate experience that players could carry with them and escape into whenever they wanted to.

With a direction in mind, they got to work. They received a grant from the Canadian government and were budgeted to finish the project in 8 months. The team would brainstorm for hours at a time, feeding off of eachother’s enthusiasm and creativity to come up with more and more ideas for the game. Conceptually, the game kept on getting bigger and more ambitious, but development was slow. Nobody involved had ever made a game like this, much less one on the scale that they were talking about. By the time 8 months rolled around, the game was nowhere near being finished. 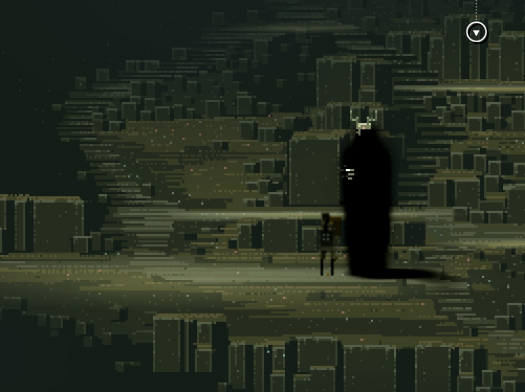 As the months went by, things started to look grim for Sword & Sworcery. Time and money were running out, and it started to feel like the game might never get finished. It was Nathan Vella, now President of Capybara, who had to be the bearer of bad news; the game that they wanted to make was just too big for their budget. It was time to start making cuts. Big ones.

Piotrowski was worried that the game would lose all of its momentum if they cut too much; by this point early versions of S&S had been shown to the public and the game had started to build up a following, so he didn’t want to under-deliver on expectations. Every game has to go through cuts, but it sounded like Sworcery would be unrecognizable by the time they had finished.

For Adams, hearing that the project had to be cut down was actually somewhat of a relief. Originally the game was intended to have an expansive world with many locations and characters – and that meant a whole lot of original Pixelart. Adams wasn’t sure that he could keep up with it all, but he also didn’t want to disappoint the others. He knew that this was their dream project just as much as it was his.

Good or bad,the reality of the situation was that the team would have to rethink their approach to the project; cutting huge chunks of the game meant that they had to decide what mattered the most.

In less capable hands, the kinds of cuts that Sworcery went through could have crippled a game, but the team used the limitations to their advantage. Rather than creating a dozen or so characters from scratch, the game has a small cast of memorable characters. Instead of an expansive and varied landscape, we traverse and re-traverse a small world with which we become intimately familiar. The game’s numerous intended bosses were cut down to one amazingly epic and unforgettable struggle for survival fought over three increasingly dire battles. The team took what could have been a disaster, and turned it into an amazing and minimalistic experience.

After nearly two years the game was finished. It had been a long and often emotional journey, but Superbrothers and Capybara had come together to make the kind of game that they had always dreamed of making. 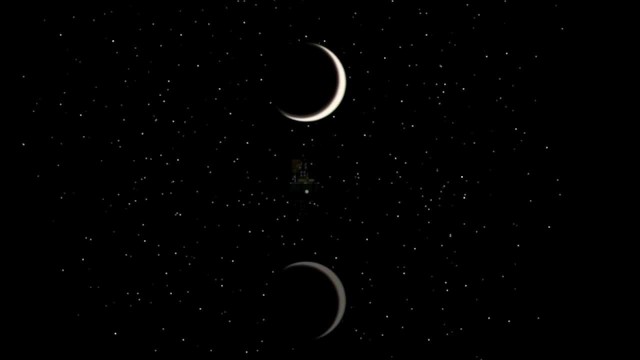 Sword & Sworcery was released in March of 2011 to almost universal critical acclaim, winning numerous awards and accolades. In the last four years, the game has been ported to Android and Steam and sold well over 1.5 million copies.

With its miniscule price tag and availability on pretty much anything that you could possibly be reading this with, nothing as beautiful as Superbrothers: Sword & Sworcery EP has ever had a lower barrier of entry. What are you waiting for? Go play it already!