Video games are wonderful, but they can also be very, very long. Many of us simply don’t have the time to play massive games like Skyrim or Minecraft for hundreds of hours, no matter how badly we want to.

That’s why every week, here on our new series Weekend Getaway, we’re going to recommend a great game that you can finish in less than 10 hours, free of spoilers, and discuss it in the comments below. This week’s game is:

If Gravity Falls and Fargo met at a bar one night, got some drinks – ya know, really hit things off – and decided to go home and make beautiful love, the miraculous baby that they birthed 9 months later would… Well that beautiful child would be too perfect to exist in our reality. Nelson Tethers: Puzzle Agent from Telltale Games is the next best thing. 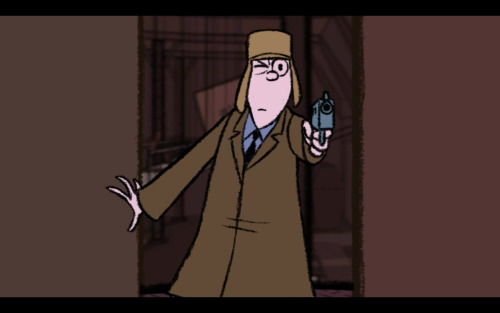 If you’ve ever played any of the Professor Layton games, then the format should feel familiar here. You click around a scene looking for the used chewing gum that can later be spent on hints during particularly sticky puzzles, then talk to the oddball characters that inhabit it. Word puzzles, riddles, sliding picture puzzles;  you wouldn’t think that solving the kinds of brainteasers found in a doctor’s waiting room would be engaging, but somehow it is, due in no small part to the superb writing. If the artstyle and humor seems familiar, it may be because Puzzle Agent was created by Graham Annable, author of the Grickle series of comics and co-director of last year’s The Boxtrolls. 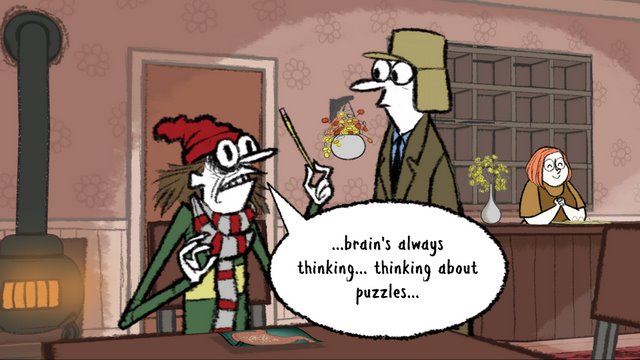 The game’s plots walk the line between interesting and utterly insane, and even dips a toe on the other side once or twice – but somehow, it all works.

The fictional town of Scoggins Minnesota provides all of the erasers for the White House, so when the eraser factory mysteriously gets shut down it becomes a matter of national importance. When they try to contact the factory, however, the FBI receives a reply in the form of cryptic puzzles. Nelson Tethers, being the sole member of the FBI’s Puzzle Department, is sent to Scoggins on his first field mission. Nelson jumps at the chance to leave his stuffy DC office, but soon gets tangled in a mystery bigger than he ever could have imagined. 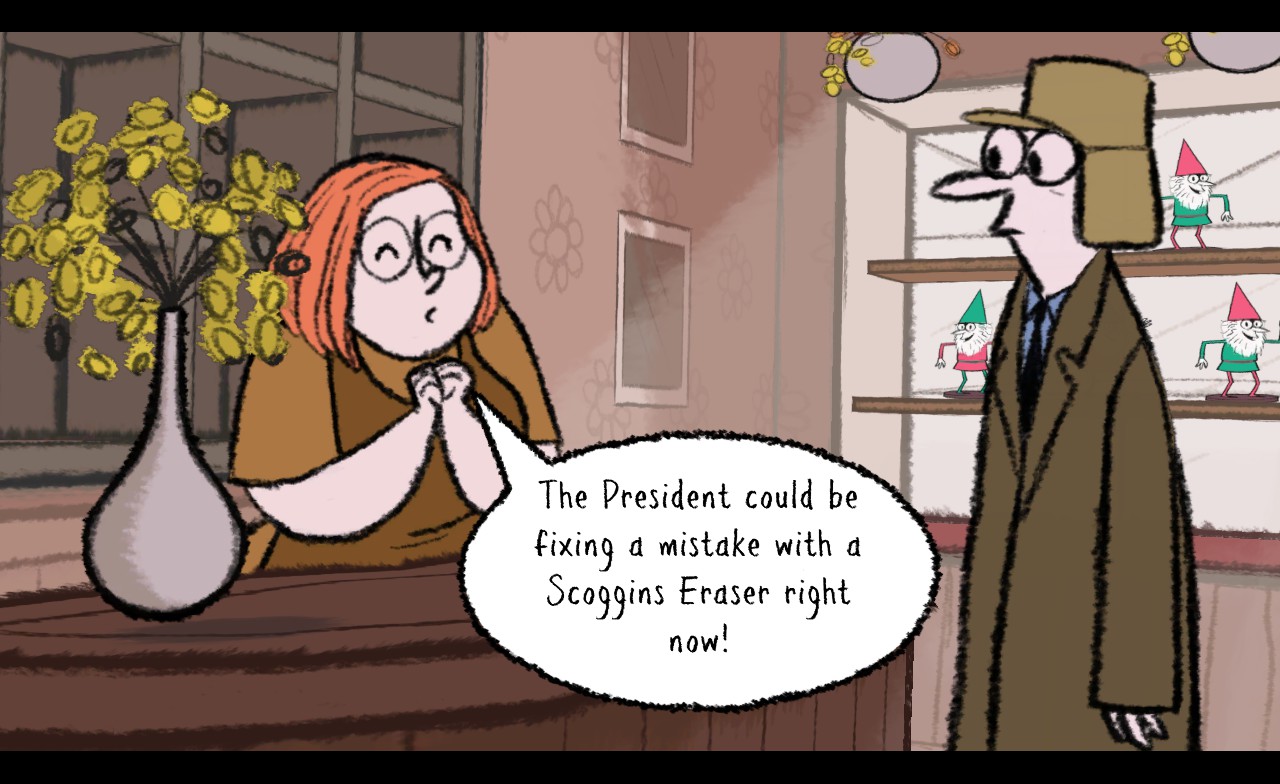 After arriving in Scoggins, Nelson meets a cast of characters as colorful as they are creepy. Each character will provide at least one puzzle for you to solve, and though many of their story conceits are flimsy, the game is self-aware enough to just not care. As funny as they are, though, the people of Scoggins are obviously hiding something. Figuring out how all of these people fit together is the key to unraveling the town’s mystery, and while solving riddles and sliding picture puzzles should not make you feel like a real-ass detective, it totally does. 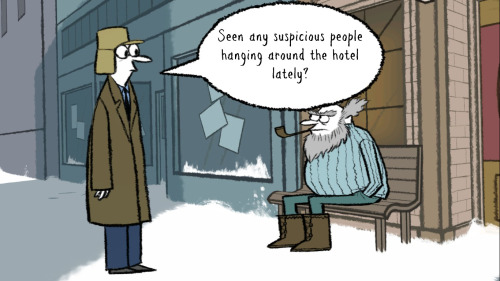 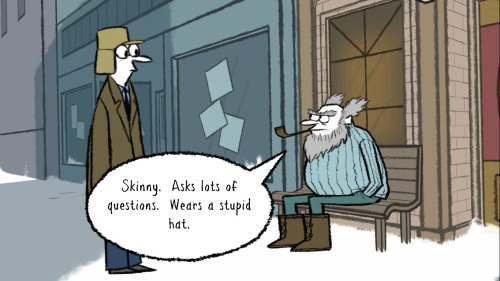 Some puzzles are repeated a handful of times with increasing difficulty – part 2 in the series is especially fond of making you slide furniture – but there is enough variety that you really never know what to expect next. In keeping with the wry humor found in the dialogue, your attempts to solve are counted in taxpayer dollars spent by the FBI. As if failing to answer a question 3 times in a row didn’t make you feel bad enough, the game delights in informing you just how many hundreds of thousand of dollars you’ve wasted. 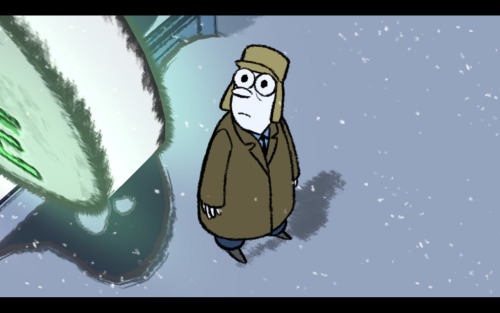 Puzzle Agent spends most of its time being very funny, but it’s also super creepy. There are some moments in the game that are genuinely unsettling, and that made me love it even more. I refuse to spoil anything, but the end of the first game came as a complete surprise and left me almost in shock. Naturally I purchased part 2 right away.

If you like puzzles, or even just tolerate puzzles and enjoy weird and creepy detective stories, then you should check out Nelson Tethers: Puzzle Agent. It’s available on a lot of devices, but a quick word of advice: the Playstation 3 only has part 1, and even then the controls are jankie as hell. You’re probably better off playing the games on Steam or iOS.

P.S. I’m totally not crazy about my Gravity Falls and Fargo comparisons. 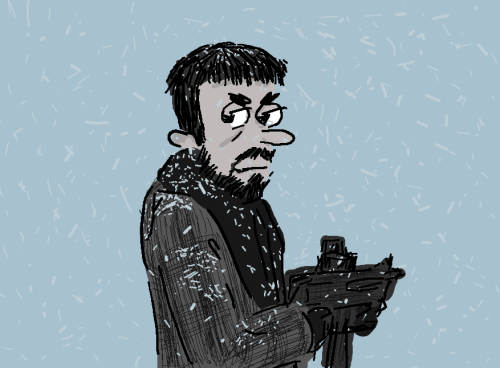