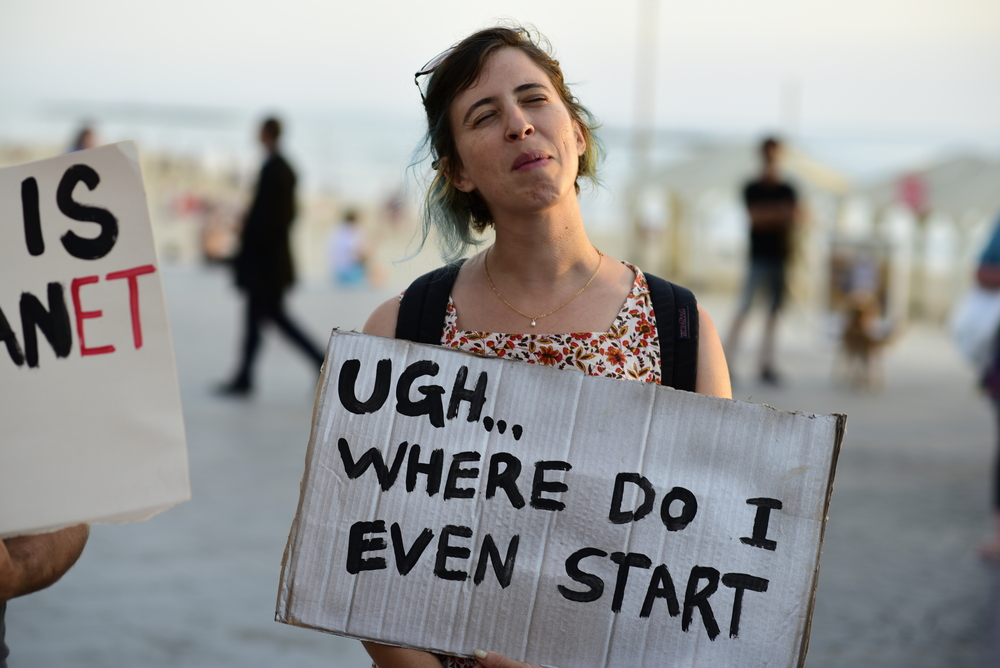 It’s been a chaotic week rife with tragedy and heroism in Houston, rendering it difficult to pay attention to much else. But in other news, this week really highlighted the realities and struggles faced by women in the workplace.

The White House—notably with self-identified working women’s advocate Ivanka Trump’s stamp of approval—repealed an Obama-era rule requiring businesses to submit data about the pay of their employees by race, ethnicity and gender. On top of that, working women also face economic barriers to access and afford crucial reproductive health care, emphasized by South Carolina’s governor defunding Planned Parenthood. And on top of that, according to a new report about how federal policy restricting private insurers from covering abortion is hurting them, as well.

All that and more in this week’s Week in Reproductive Justice.

Of course, since public funding for abortion was limited to start with as well, this executive order will really only affect the availability of family planning resources—which prevent unwanted pregnancy and, in that vein, the need for abortion—to low-income people. If anti-abortion Republican lawmakers cared to study up on the existing laws around abortion, which sacrifice women’s rights and safety for the sake of a political ideology, perhaps they’d recognize that abortion services receive no federal funding. Defunding women’s health organizations is correlated with increased rates of abortion, as a result of increased rates of unwanted pregnancy.

On Thursday, a federal judge put a two-week hold on a newly passed Texas rule banning the dilation and evacuation abortion procedure—the safest second trimester abortion method. The ban would have gone into effect on Friday.

Texas has previously attempted to ban the procedure, which effectively bans second trimester abortions and severely jeopardizes women’s safety. It also arguably undermines Roe v. Wade, which guarantees women’s right to an abortion until fetal viability, and without undue burden. In many cases, women who have abortions later in their pregnancies are doing so out of concern for safety risks or due to fetal abnormalities.

The federal judge’s decision allows Texas’s women to breathe a sigh of relief, but only for the time being. At the very least, there’s some comfort in knowing that previous attempts by Texas to instate such a ban have all failed.

This week, the National Review published a story alleging women are coerced into having abortions, and subsequently posted an op-ed calling for members of the pro-choice movement to disavow such behavior.

For starters, if anyone is pushing reproductive coercion, it’s the conservatives who support discriminatory family cap policies that limit how many children low-income people can have. And in either case, it’s clear there’s some serious misunderstanding about what it means to be pro-choice. To be pro-choice means to believe people should have access to all the resources and support to make choices about their bodies—whether that choice is to go through with a pregnancy and give birth, or not.

The suggestion that pro-choice people would force and pressure—or support forcing and pressuring—women into having abortions couldn’t be more out of touch. But that being said, the narrative being pushed by the National Review is nothing new. In order to deflect from the fact that it’s anti-choice people who push an ideology of reproductive coercion on women, conservatives push the narrative that supporters of abortion rights are the ones undermining women’s bodily autonomy.

In either case, it’s difficult to portray abortion rights supporters as the bad guys when harassment and violence toward clinics and providers is on the rise, so props to the National Review, really.

Limited insurance coverage for abortion has big costs for women

On Thursday, Vox told the story of Erika Christensen, a woman whose late-term abortion cost her more than $10,000 out of pocket in 2016, and highlighted an alarming trend: While not all states sweepingly prohibit Medicaid funding for abortion, many states heavily restrict abortion coverage in private plans, causing the procedure to often become absorbently expensive.

Here is the breakdown, from Vox: “The Hyde Amendment bans the use of federal Medicaid funding to pay for abortions except in cases of rape, incest, or a threat to the mother’s life; 22 states have similar restrictions on state Medicaid funds. Meanwhile, 26 states restrict abortion coverage in private plans offered on the insurance exchanges, and 11 restrict abortion coverage in all private plans.”

Just last month, Texas passed a law banning private insurance coverage of abortion even in cases of rape, requiring women to pay an additional premium ahead of time in order for their abortions to be covered. The policy was appallingly cruel, even for a state that’s used legislation to decimate abortion access in recent years, and has been dubbed the state’s “rape insurance” law.

Today’s dialogue around Planned Parenthood and abortion tends to overemphasize the fact that due to the Hyde amendment and myriad of other state policies, abortion receives no federal funding. What we don’t talk about enough is how much this costs women, both financially and in terms of their health and safety.