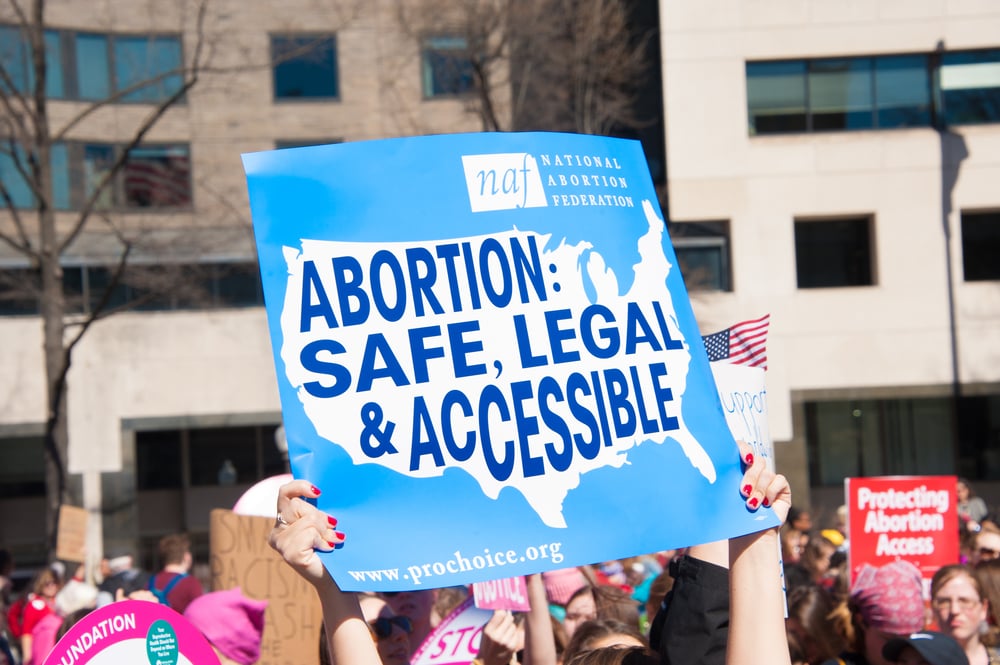 But this analogy, aside from ignoring the role of Confederate statues in glorifying a history of violent racism, is also flawed. Where Confederate statues do absolutely nothing beyond embolden and encourage today’s racist neo-Nazis and degrade African Americans, abortion clinics don’t glorify the procedure, and instead serve women with life-saving resources that allow them to control their bodies.

And, one last time for the conservatives in the back—there is no comparison between abortion and slavery, although there certainly is, between the state forcing women to give birth and slavery.

In either case, his comments undermined two facts: one being that women’s health clinics provide crucial services relied on by thousands of women, and the other, that plenty of people—namely anti-choice white man in rural state legislatures—are trying, and very successfully, to tear them down.

Here’s what happened this week in reproductive justice:

On Thursday, the Abortion Care Network released a report revealing that since 2012, 145 independent abortion clinics, which provide abortion procedures to three out of five people in the country who have abortions, have been forced to shut down. In 2017 alone as of August, 10 clinics have shut down. This has all unfolded while additional barriers—required ultrasounds, mandated waiting periods and “counseling,” bans on private insurance coverage for abortion, and outright bans on abortion at different stages—have been passed and introduced by the hundreds across the country.

The purpose behind attacks on clinics is to constrain women’s reproductive choices and stop them from having abortions, but this mindset overlooks the simple fact that negating access to safe abortion doesn’t negate the need for abortion. And so long as unintended pregnancy and with it, the need for abortion exist, it will continue to happen—women will bleed their bank accounts dry to travel, pay for lodging and have the procedure, or gravely injure themselves in DIY abortion attempts.

In either case, this most prominent anti-choice strategy is only successful if the goal is to burden and endanger women. It certainly isn’t stopping abortions from happen.

Still, LifeSite, Christian Post, Christian Broadcasting Network and others have all attributed her death directly to the “barbaric” procedure and called the autopsy a “coverup.” Conservative outlets making these claims are joined by a number of anti-choice groups who call the experts who objectively produced the autopsy “biased promoters of abortion.”

It may be true that abortion procedures in the later stages of a pregnancy tend to be riskier relative to abortion procedures in earlier stages, but first trimester abortion as well as the dilation and evacuation method are objectively safe, and lower risk than plenty of medical services that are far less regulated. False narratives that identify abortion as dangerous or inaccurately claim that many abortions happen close to the due date not only stigmatize the procedure, but also justify laws that make it more difficult and dangerous to access.

In July, a Tennessee county made headlines when it was reported that jails were offering inmates reduced sentencing times for taking birth control or being justified. The policy was justified by suggesting that children born to financially unstable people with records of crime would suffer, but it’s faced criticism for infringing on people’s right to uncoerced reproductive choice. Incarcerated individuals may not be in mental or emotional states in which they’re able to make free, informed choices about their bodies.

Now, the county is facing is second its second lawsuit filed on Thursday.

The Tennessean reports this lawsuit, like the one before it, says that the practice is unconstitutional. Nashville lawyer Daniel Horwitz has called the policy “indefensible” and “illegal.”

You can read the full lawsuit here.

In a rare reproductive rights victory in the state of Texas, which is the same state that’s used anti-choice legislation to shut down dozens upon dozens of clinics and more recently banned private insurers from covering abortion, the Texas Health and Human Services Commission slashed funding directed at the anti-choice group known as the Heidi Group.

According to Rewire, the group was granted $1.6 million in August of 2016, and in January this year, signed a contract through the Healthy Texas Women Program to receive $5 million to provide health services to low-income Texans.

Unsurprisingly, the group failed to serve the numbers of women it initially promised to, likely because most women are looking to be served by groups that provide actual medical services—STI testing, cancer screenings, birth control and contraception, and sexual health education—so much so that the state’s anti-choice government had no choice but to take action.

The Heidi Group was founded by Carol Everett, a woman who owns a number of crisis pregnancy centers that operate by deceiving and taking advantage of low-income, emotionally vulnerable pregnant women. Everett has previously admitted to allocating taxpayer dollars to CPCs.

With this funding, actual family planning groups that provide real medical services might actually be able to accomplish what anti-choice groups like the Heidi Group consistently fail to—lower abortion rates. Where the defunding of Planned Parenthood, which provides birth control and sex ed, resulted in higher abortion rates, access to PP and groups like it consistently lower these rates.