(Because that's a nicer thought than its actual fate.) 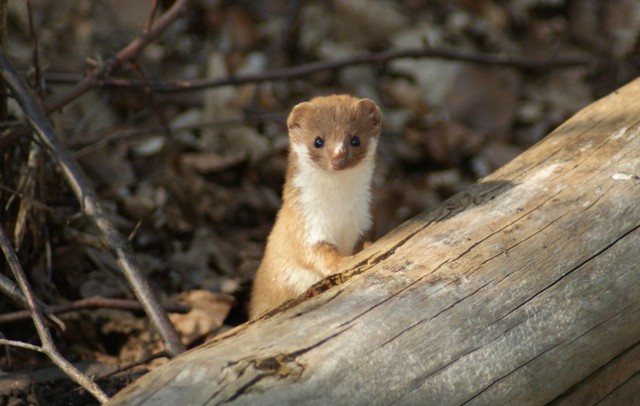 In what is very definitely a superhero origin story, a weasel was zapped by the Large Hadron Collider, the world’s most powerful particle accelerator, and caused it to shut down. Sure, the scientists at CERN say the weasel was killed by the electric jolt it got from gnawing through one of the particle accelerator’s power cables, but we all know the truth: Superweasel is out there.

The 17-mile particle accelerator on the France/Switzerland border is a marvel of science that has already allowed humanity to officially confirm the existence of the sought-after Higgs boson particle, but furry woodland creatures aren’t too impressed by that, it seems. Overnight last night, as the machine was being prepared to deeper investigate the Higgs boson and further unlock the secrets of the universe, the weasel made its fateful attack on the power cable.

At least, we think it was a weasel. Or maybe a Marten. Hey, CERN’s (the group that operates the LHC) scientists are particle physicists, not biologists—the official document on the incident mentions a fouine, which Google translate and Google proper seem to disagree on the translation for, but NPR reports that Arnaud Marsollier, head of press for CERN, said, “We had electrical problems, and we are pretty sure this was caused by a small animal … a weasel, probably.”

It’s not wholly surprising that an animal would be attracted to the power cables of such a huge machine, as similar problems arise with sharks and underwater Internet cables, and the LHC has had its troubles with wildlife in the past. The machine may take weeks to fully come back online, though the weasel’s fate at the hands of the particle accelerator sure is a shame—you know, because being a superhero is a tough job and all, not because anything bad happened. (Shhhhh I need to believe this.)