Bros Just Want to Give Free Masks, Get Yelled at Instead | The Mary Sue

Bro, These Bros Just Want to Give You a Free Mask. Why Are You Mad, Bro?

Is this not the new Bill and Ted movie? 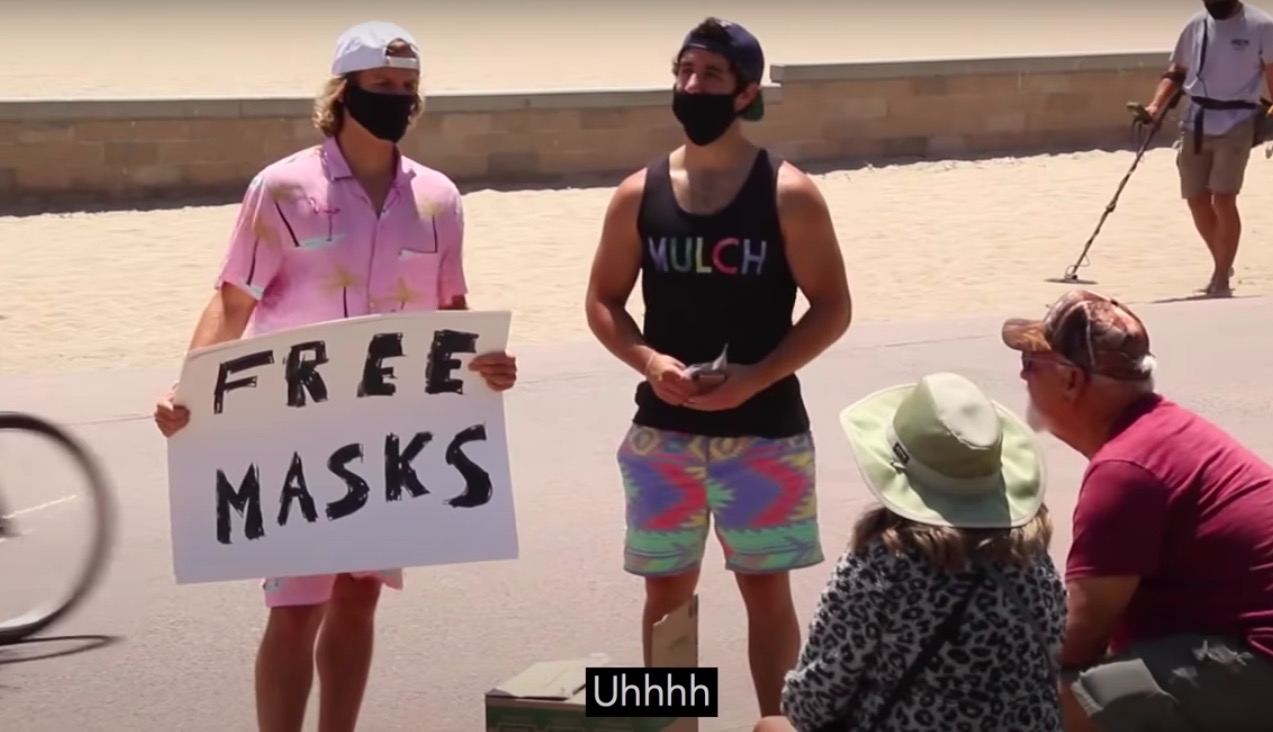 Sometimes, you just need two dudes going to the beach to ask other dudes why they’re not wearing masks. And that’s exactly what we have for your viewing pleasure.

From the YouTube channel titled “Chad Goes Deep,” Chad Kroeger and JT Parr took to Huntington Beach to hand out masks and make sure that everyone who wanted a mask had one. The problem? Most of the people there did not want masks, and instead of just letting it go, many decided to yell at the duo instead.

Kroeger and Parr are known for being the Party Bros, taking to city councils to make sure that the right to party is protected. From Fox News to Howard Stern and Ellen, the hosts of Chad Goes Deep have made the rounds, mainly because the idea of two dudebros just traveling around and going to city council meetings defending the right to house parties and beyond is baffling and yet fun.

Basically, they’re the activist versions of Bill and Ted from Bill and Ted’s Excellent Adventure.

The video in question is fun because the excuses everyone has for not wearing a mask would anger most everyone else, but Chad and his bro just express their confusion toward all the vitriol in that cadence that has come to be associated with dudebros from California. As excuses from “It’s in my car” to “I live here” came their way, people just kept avoiding the question as to why they were not wearing their masks—our got outright confrontational about it.

But our two bros at least learned that they should maybe not wear sandals or their favorite shirts when trying to advocate for mask-wearing because … they might have to fight or run.

I could probably watch these two guys just going around trying to get people to wear masks for the rest of my life. I hope those they interviewed also see how childish they look.