We Need to Talk About Friend Breakups | The Mary Sue

We Need to Talk About Friend Breakups 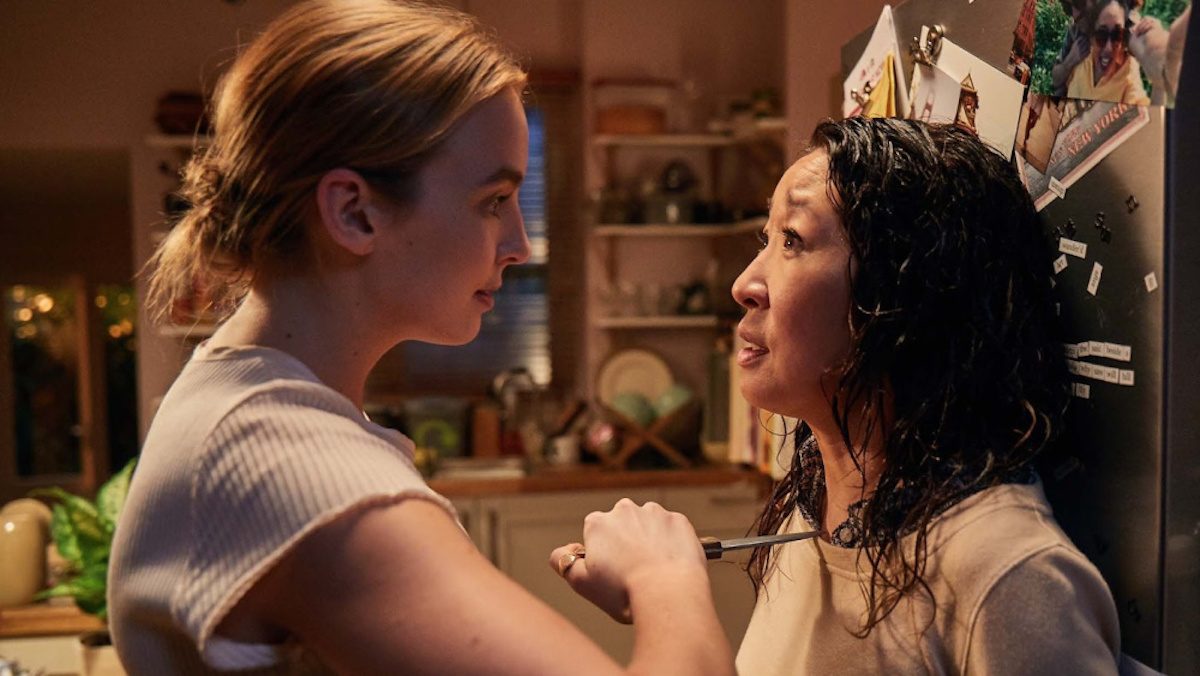 They say that breaking up is hard to do. There are literally thousands, if not millions of songs, stories, movies, TV episodes, and more about the pain and hurt that happens when a relationship ends and someone breaks your heart (or you break theirs). Our culture is obsessed with romance and partnership and the ways it can end. But we don’t talk enough about how equally painful and traumatic it can be when we end relationships with friends.

We don’t get stories in media very often about friend breakups and we certainly don’t talk about them, and as a recent Twitter thread explained, that’s a bad thing.

Friend breakups (I mean good, longterm, very close and intimate friendships) are, in my experience, much more emotionally devastating than romantic breakups. And yet, unlike romantic relationships, we have almost no socialization (even in media images) on how to navigate them.

And yet people rarely talk about it.

This thread gets so much to the heart of how difficult friend breakups are. For one, our culture still emphasizes romantic relationships over all others. There have been entire books written about how Not Good that is, but the short version is that this idea is incredibly damaging to pretty much everyone. For women, it reduces our lives to the pursuit of marriage and a limited female role and devalues our friendships, especially the deep female friendships that so many of us form which sustain us. (Please see the entirety of Sex and The City for more on this idea). For men, well, they are often expected to not be emotionally available to anyone at all or have close intimate friendships, expectations that are hugely damaging.

And the emphasis on romance leaves us unequipped to really deal when other types of relationships go bad or end. Friends aren’t your romantic partners, so why should they matter in terms of setting boundaries, communicating, or in some cases, ending unhappy relationships? This seems to be the thinking behind the lack of such depictions in media.

But friendships should and do make up important parts of our lives, and so too should the conversation about how and when to end them, and how it feels. No one should expect their romantic partner, if they have one, to be all things to them, and in the same vein, good friends can lift you up, support you, entertain you, and help you grow. But just like there are bad romances, there are also friends that use you, hurt you, and trap you in toxic patterns. Sometimes, you simply grow apart.

For me personally, I’m very lucky in that I’ve never had a heartbreaking romantic breakup, but I have had friend breakups that still sting to remember. Twice in my life, I’ve been drawn into friend groups born out of shared fandom love that ultimately became bad for me. In the second instance, my “friends” treated me in a way that came very close to abuse, and certainly had me questioning my own sanity at times. But I didn’t see it as the toxic situation it was because we simply don’t talk about or discuss that friendships can be abusive and unhealthy just as much as romances or familial relationships.

This isn’t too say these friends were bad people, but we had different ways of looking at the world and different needs when it comes to friendship and relationships. I’m an empathetic, sensitive person. I don’t do well with playing emotionally rough. I needed more support but the group had become a sort of hive of emotional vampirism and negativity that didn’t work for me. When I brought it up, I was told something was wrong with me so eventually, I had to cut ties.

It was hard, maybe the hardest thing I’ve ever had to do socially, not just because I lost people who I cared about and who I had thought cared about me, but because there was no guidance from anywhere on how to navigate the trauma of it all. I had to look at this painful thing through the imperfect comparative lens of romantic relationships. And that’s a bad thing, because having some kind of map for how to navigate that friend-trauma would have been useful.

It also would have been useful if we simply normalized the friend break-up more in general. In romance, we are accustomed to the idea that if things are bad you should and can end them, but it’s not always that way with friendship. No one is out there telling you that you don’t need to tolerate it when friends insult or hurt or belittle or gaslight you.

This is an especially important lesson for women to learn. We’re socially conditioned not to stand up for ourselves, to be accomodating, and just accept abuse. Our ideas about what we should accept in love relationships have changed, but not in friendships … and this is often still the case in situations that range from work to family. All too often, too many of us stick it out even when relationships become toxic and abusive.

This goes doubly for people who are young, marginalized, facing mental illness, or otherwise vulnerable. In such cases, a friend or friend group can become everything, and that be wonderful, or it can quickly become unhealthy. If people aren’t told or shown that it’s okay and healthy to end that relationship, it can trap them in a situation that’s bad for both parties.

We also just need to acknowledge that friend breakups are a thing that happens and that they can really hurt. We’ve had some progress on this front in media; our Princess Weekes wrote about an episode from a recent season of Insecure showing us a friend break-up. But we still have a long way to go. The fact that it was difficult to find a picture to feature for this article speaks volumes, as Killing Eve‘s central relationship is certainly far more than just “friends.” Can you think of famous friend break-ups depicted in pop culture?

Friends are important and losing one or many, whether it’s over something big or small just sucks, even if it’s ultimately for the better—so let’s acknowledge that. Cutting things off with friends doesn’t make you a bad person, it makes you a normal person.

So, yeah, let’s bring this topic out of the shadows, because nothing helps us to heal like talking.