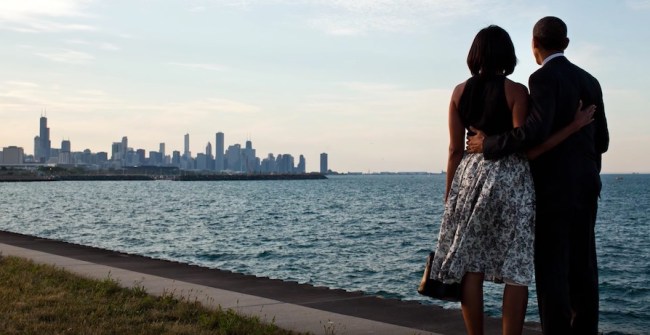 Listen, even before we knew that the country would be taken over by Literal Nazis (aka the “alt-right”) and a sentient orange soda-soaked cotton ball wad of hatred, we knew that these last four years would be President Obama’s last term in the White House. While many of us hoped for a brighter future (read: literally anything but Nazis), none of us could have expected the reality in which we now find ourselves.

This, of course, raises the emotional stakes of President Obama’s impending farewell speech, wherein he says he will take a “chance to say thank you for this amazing journey … and to offer some thoughts on where we all go from here.” The White House was kind enough to put together a bit of a preview teaser video ahead of the address, which takes place tonight at 9 pm EST.

[Update]: The link’s live now and it’s shared below, so we can all hold each other and cry in each others’ arms in the comments.

Or, if that’s not your thing, you can head over to WhiteHouse.gov/farewell to watch live.

As President Obama says in the video, he’ll be holding his farewell address in Chicago, breaking away from the traditional venue of the oval office or on White House grounds. It’s likely to be an event that will undoubtedly carry a lot of emotion for everybody in attendance as well as everybody watching around the world.

We inch, ever closer towards an uncertain future, but as we do, it’s important to take time to remember the good moments of the past. President Obama’s departure is heartbreaking, but we must never forget that he leaves behind a legacy of work that we need to not only protect but improve upon ourselves. We lose leaders like Obama every day, whether it’s through enforced term limits or through the natural order of things. It’s you, and I, and all of us who are the constants in this equation, and it’s up to us to fight for what we and they believe in with everything we’ve got.

So, as Obama says goodbye tonight, make sure to keep in mind that tomorrow, like every day, we’ll be standing together to embrace the fight for progress with wide open arms.