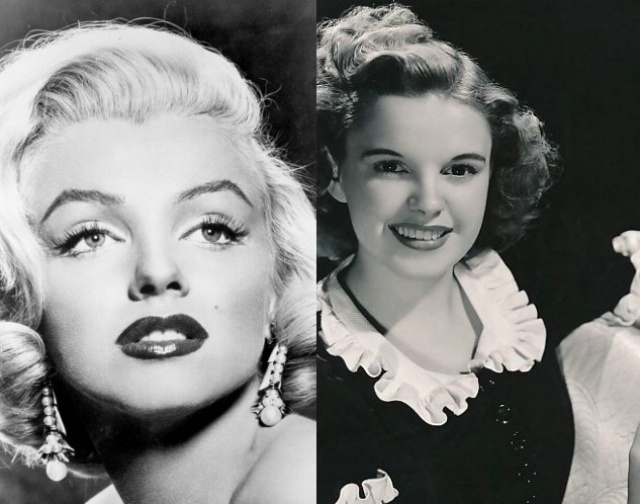 As we go through the news every day, it seems as though another male figure, whether he be an actor, producer, or director, is being accused of sexual harassment or assault. The sad reality is that there may be no end to the allegations because sexual assault in Hollywood is about as old as Hollywood itself.

We as a society have an image of old Hollywood as a time of high fashion, glamour, a time when “men were men and women were women” styled gender norms. However, the reality is that Hollywood has never been “classy” or “sophisticated” the way we’ve tried to make it seem. From the very beginning, Hollywood has made its money cannibalizing young women and everyone knew about it.

The casting couch may be something modern society “jokes” about, but it was a very real part of the studio system of early Hollywood. If you have never listened to the podcast “You Must Remember This,” it’s all about the “secret and/or forgotten history of Hollywood’s first century,” and it frequently describes just how common it was for directors to pick leading women based on how big their breasts were or if they wanted to sleep with them:

Elia Kazan explained that studio heads “thought of every film they made, no matter how serious a theme, as a love story.” As a result, he admits cleverly but crudely, “They went by a simple rule and a useful one: Do I want to fuck her?” Kazan justified that disgusting calculus, explaining: “The audience must be interested in the film’s people in this elemental way…. If the producer wasn’t interested in an actress this way, he was convinced an audience wouldn’t be.” (via The Daily Beast)

The audience has always been asked to participate in the illusions of cinema. Studios wanted to create stars that would have huge amounts of sex appeal to the average moviegoer and forced actresses to fit into deeply unfair standards in order to remain under the protection of the studio.

Louis B. Meyer was the co-founder of the studio Metro-Goldwyn-Mayer or MGM, and it was one of the most emotionally damaging places to be for a young actress. MGM, like many studios, had things called “morality clauses” that were put into contracts as a way to present their stars as unreachable idols that people could project their fantasies onto—especially the women.

According to Vanity Fair,  Jean Harlow couldn’t wed William Powell because “MGM had written a clause into her contract forbidding her to marry” because it would clash with her “bombshell” image.  When Harlow got pregnant from the affair, she had to get an abortion, in secret of course. Even when women were married, it was still important that “the MGM girls maintained their virginal image,” and Judy Garland was still forced to have an abortion because “Audiences loved her as a child—not as a mother.”

Yet, despite MGM wanting to maintain these absurd ideas of decency, it didn’t stop them from treating their actresses like livestock:

“Mayer chased actress Jean Howard around the room. When she said, ‘No way,’ and went off and married Charles K. Feldman, the agent, Mayer banned Charlie from the lot. For a long time after, he wouldn’t allow any of Feldman’s clients to work at MGM.” (via Variety)

Mayer also allegedly groped the teenage Judy Garland and would hold meetings with his hands on her chest, telling her to “sing from the heart” as he groped her breasts. At the same time, producers would also call her “too fat” and tell her to get a nose job, leading Garland down the dark path of drug abuse that would eventually claim her life. Just like today, in Hollywood, beauty mattered and being able to commodify women’s looks was important to studio heads—for both the audiences and themselves.

Marylin Monroe was always very candid about her relationships with studio heads and put her experiences with them in her memoir, My Story:

“I met them all. Phoniness and failure were all over them. Some were vicious and crooked. But they were as near to the movies as you could get. So you sat with them, listening to their lies and schemes. And you saw Hollywood with their eyes—an overcrowded brothel, a merry-go-round with beds for horses.”

A woman’s willingness to sleep with a producer, or at least grant them favors, was exchanged for an opportunity in the biggest business in the world. For the producers, they probably thought they were giving these women a taste of power. However, the very fact that the actresses were at the beck and call of the producers shows that this isn’t power for them at all. It is for survival. These women knew that losing favor with these men could mean the end of their careers, losing projects, and maybe eventually ending up on the street. For them, this abuse was something they’d been told was “part of the job” and that “every actress did.” If they spoke up or tried to defend themselves it would almost always end up hurting the woman.

Actress Joan Collins discovered this when she lost out on the lead role in Cleopatra because she wouldn’t sleep with the studio head. According to Collins, “I had tested for ‘Cleopatra’ twice and was the front-runner. He took me into his office and said, ‘You really want this part?’ And I said, ‘Yes. I really do.’ ‘Well,’ he said, ‘then all you have to do is be nice to me.'” Collins turned him down and the part was eventually given to Elizabeth Taylor.

Tippi Hedren revealed in her memoir, Tippi, that director Alfred Hitchcock had sexually molested her during the filming of The Birds, and nothing was done about it.

It wasn’t just women; Agent Henry Willson would promise men stardom if they provided him with sexual favors. From the ’40s to the ’60s, Willson would trade opportunity for sexual favors with male clients, the most famous of them being Rock Hudson.

In 1956, a magazine called Picturegoer published an entire expose about the casting couch situation in Hollywood. However, it was a very flawed publication. It was filled with provocative pictures of the women and one of the four-part stories featured the title “Don’t Always Blame The Men” which is disgusting and reminds us that when the news industry is filled with men, a story can become incredibly biased against women. The authors, Derek Walker and Tom Hutchinson, admitted that “This is the most depressing story we have ever written,” and yet for them, it was the “responsibility of actresses” to resist temptations.

Even when actors were tried for cases of rape or statutory rape, it often ended in their favor. In 1943 actor Errol Flynn stood trial for the rape of two 17-year-olds, Peggy Satterlee and Betty Hansen. Many accused the women of doing this for the money, even though it was common knowledge at the time that Flynn liked his girls young. Flynn had a two-year affair with Beverly Aadland, starting when she was 15. Still, the public loved him, and once his lawyer started playing the morality game against the girls, bringing up their sexual history, the jury turned against them:

Jerry Geisler, Flynn’s high-powered lawyer, dredged up dirt on the girls’ past that included affairs with married men and abortions. After deliberating for 13 hours, the jury of nine women and three men returned a not-guilty verdict. “I knew those women would acquit him,” said Satterlee. “They just sat and looked adoringly at him as if he was their son or something.” (via The Hollywood Reporter)

It’s hard to win in the court of public opinion when your rapist has an entire roster of films that have made him a darling to the public image. Not to mention, just like today, if a woman has any kind of sexual history, it suddenly turns her from a victim to an opportunist in too many people’s minds, just as it has for Rose McGowan.

Recognizing the reality of old Hollywood is important because the same complaints we make today about women being aged out of the system and being harassed are things that have always been the case. Many of your favorite “classic” movies most likely feature an actress who was victimized by the studio system in some way. From Marylin Monroe to Vivien Leigh to Elizabeth Taylor, actresses have been expected to be quiet or at least laugh off their harassment, lest they become known as difficult.

As we continue to face the modern-day casting couch, it’s crucial to remember that the damage has been done in many ways. There are many women who were abused by powerful men in Hollywood whose names have been lost to time and have long passed away. Many women died young and used dangerous coping methods to try to deal with the trauma they lived through, like Judy Garland. It’s too little, too late for some, but hopefully, we can protect future women if we can keep building on the sudden momentum from news about Harvey Weinstein.

However, we as the audience have to also admit our own complicity in the perpetuation of Hollywood’s treatment of women. We ignore stories, deny that people could do something like that based on their movie roles, we assign women the blame for speaking up too soon or too late. We buy into the image of actresses sexuality that we have been told.

When I think about how mainstream Hollywood treated Megan Fox pre-Weinstein it turns my stomach. The story about her being forced to wash Michel Bay’s car in a bikini at 15 was known for years, but when the feud between her and Bay became public knowledge after Fox’s interview with Wonderland Magazine, she was the one blacklisted. Her wording (saying Bay was like ‘Hitler’ on set and ‘tyrant’) was definitely problematic, but his treatment of her as an actress was a non-issue because it’s Megan Fox. The mentality was that Megan Fox “marketed herself” as a sex object so if she is treated like a sex object … who cares? Nevermind that she is a person. She is attractive and therefore she brings it upon herself. And her story is only one of countless that modern-day actresses could tell.

Until we change the way we view women in Hollywood—a place where women are at their most visible—we are never going to fix this system. The cannibalism continues.