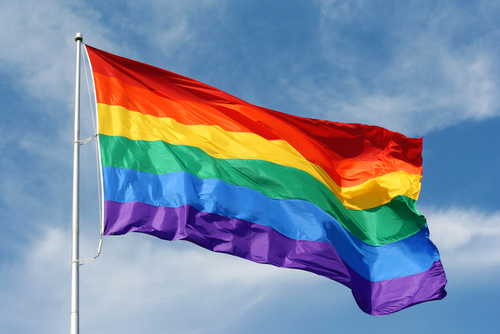 This weekend, the folks who counter-protested the Westboro Baptist Church’s protest of Orlando victims’ funerals did so in glorious style with massive angel wings made out of sheets. The wings themselves were essentially white sheets that stretch off of a person’s shoulders, blocking off an area about ten feet wide and seven feet tall. Volunteers wore these wings to block the sight of the WBC’s hate-filled signs, according to the Orlando Sentinel.

More images of the protestors and their wings in action are available over at Laughing Squid, as well.

The Orlando Shakes Theater Company, in partnership with Angel Action Wings, donated the wings to the protestors, who used them to great effect. This tactic used by the volunteers isn’t new or unique to this counter-protest or even Orlando in general. They made their first appearance outside of the courtroom where the people accused of murdering Matthew Shepard stood trial. Fred Phelps, who passed away in 2014, had shown up to protest, but was silenced by Angel Action Wings counter-protestors who wore the large wings.

Since then, folks have been making their own sets of wings to counter similar protests, and their usage in Orlando was surely a welcome sight for those who were escorting their loved ones off to their final resting place.