Astronomers Say There May Be Waves On Titan’s Seas, But Don’t Plan To Go Surfing “Just Yet”

But, like, if you did, it would be gnarly. 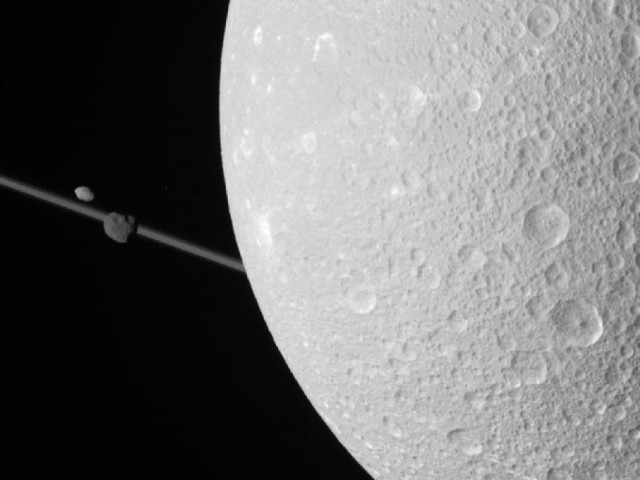 With remarkably calm oceans of fluid methane, ethane and hydrocarbon, Titan is the only celestial body apart from Earth suspected to have stable liquid on its surface. However, Barnes announced yesterday that pictures taken by Cassini in 2012 and 2013 may reveal teeny-tiny tempests in the gassy oceans: four pixels in images taken of the Punga Mare sea appear brighter than they would from sunlight simply reflecting off the ocean, possibly indicating waves two-centimeters high. Hardly Point Break, but if the scientific community does deem that Cassini’s pictures are of waves on a Saturnian moon, the discovery would be unprecedented.

Ralph Lorenz, a planetary scientist at Johns Hopkins, summarized in Nature.com why the images are making waves in the scientific community: “Titan may be beginning to stir. Oceanography is no longer just an Earth science.”

If the pixellated light photographed by Cassini is from sun reflecting off Punga Mare’s waves, scientists anticipate that the surf will continue to get higher; wind should increase on the oceans as Titan’s northern hemisphere (the location for most of the moon’s seas) enters Saturnian spring.

As exciting as these images are, Barnes cautioned at the conference not to “make your surfing plane reservation for Titan just yet”. Which is, like, totally ridiculous, Broseidan. I’m just waxing my board for the fun of it.