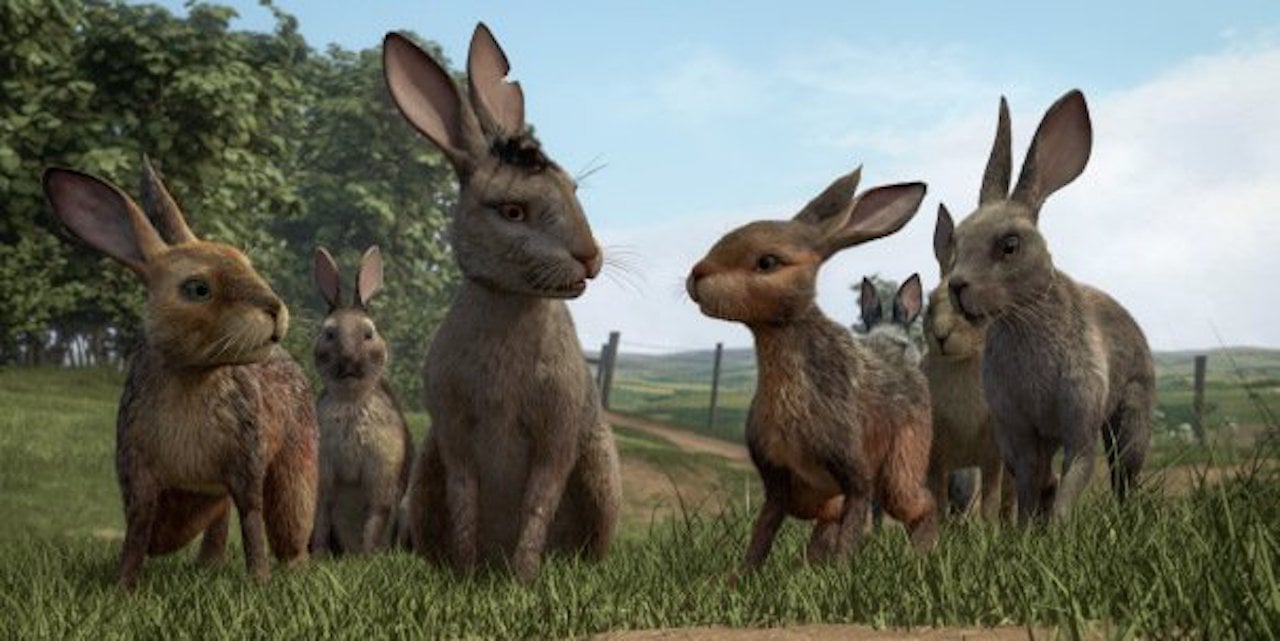 Listen, I have never actually seen Watership Down, or read the novel. I do remember reading about the animated version on a list of the most messed up cartoons known to man and getting the general gist there. The disturbing content coupled with the animal deaths (listen, it’s a squick, okay?) just made it seem like it wouldn’t be up my alley, and yet, here we go again: This holiday season will see Watership Down returning to traumatize a whole new generation, this time featuring the dulcet tones of John Boyega.

Sadly, Boyega is not the lead. That would be James McAvoy as Hazel, the leader of a group of rabbits fleeing their destroyed home and seeking a place to live elsewhere. They’ll face off against a variety of opponents, including other rabbits who seem really furious that they’ve trespassed on their territory. Other actors featured in the miniseries are Nicholas Hoult, Ben Kingsley, Olivia Coleman, Gemma Arterton, Gemma Chan, Daniel Kaluuya, and Rosamund Pike.

Look, I’m sure bunny horror is a subgenre with many, many fans, but this honestly looks very traumatizing. Boyega has already talked about how it’s “time to scar another generation,” and that “disclaimer: This isn’t about cute rabbits, it’s kind of messed up” on Instagram, and I trust Boyega more than I trust most people. So, I’m hesitant and also terrified about this, and so is the rest of Twitter.

Watership Down is based on stories Richard Adams improvised for his kids during car journeys. Which is treated as a nice origin story, but I can’t imagine how creeped out I would’ve been if my dad just started going on about violent rabbit fights while hurtling down the A59.

The animation is a bit off, but I’m withholding judgement on the visuals until I see the full product. The computer animation is a bit mid-2000s video game, but who knows, it might look better when watching the full film. Maybe the non-realistic graphics will mitigate some of the terror we feel watching rabbits kill each other. Seriously, what are we getting ourselves into with this?

Mr. Boyega, I hope your rabbit character makes it through okay; readers, do not tweet me spoilers if he does not. This will have to be my yearly Finn fix, since Star Wars: Episode IX isn’t coming out until next December. Check out the trailer below, and let us know if you’ll be joining in the collective terror this holiday season.