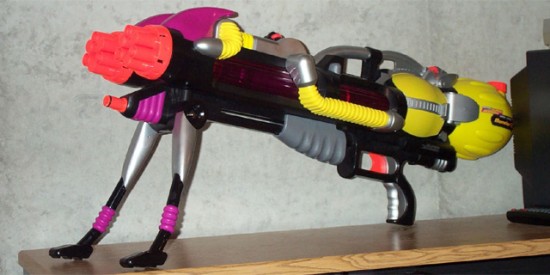 Last Friday, an Essex man was arrested when he tried to arrange a large water-gun fight using BlackBerry messages. Police in England have been a little uptight ever since the rioting started, and it seems likely that this has to do with the resulting proposed social media restrictions. The man was charged with “encouraging or assisting in the commission of an offence.” He’s been bailed and is scheduled to appear before magistrates early next month.

This may seem a little overboard, but it’s worth noting that in 2008 a water-gun fight was successfully organized in London and  it got violent, so they sort of have a point. The real question is where this information came from. It’s no secret that rioters and looters have been using social media for the purpose of planning illegal activities, but its unclear whether or not law enforcement has started monitoring them. On the subject of monitoring BBM, the Essex police department spokesperson dodged the question, saying the following:

Essex police use appropriate measures for whatever the crime and wherever our investigations lead us.