Watchmen is Fanfic. And We Mean That as a Compliment.

Transformative works for the win 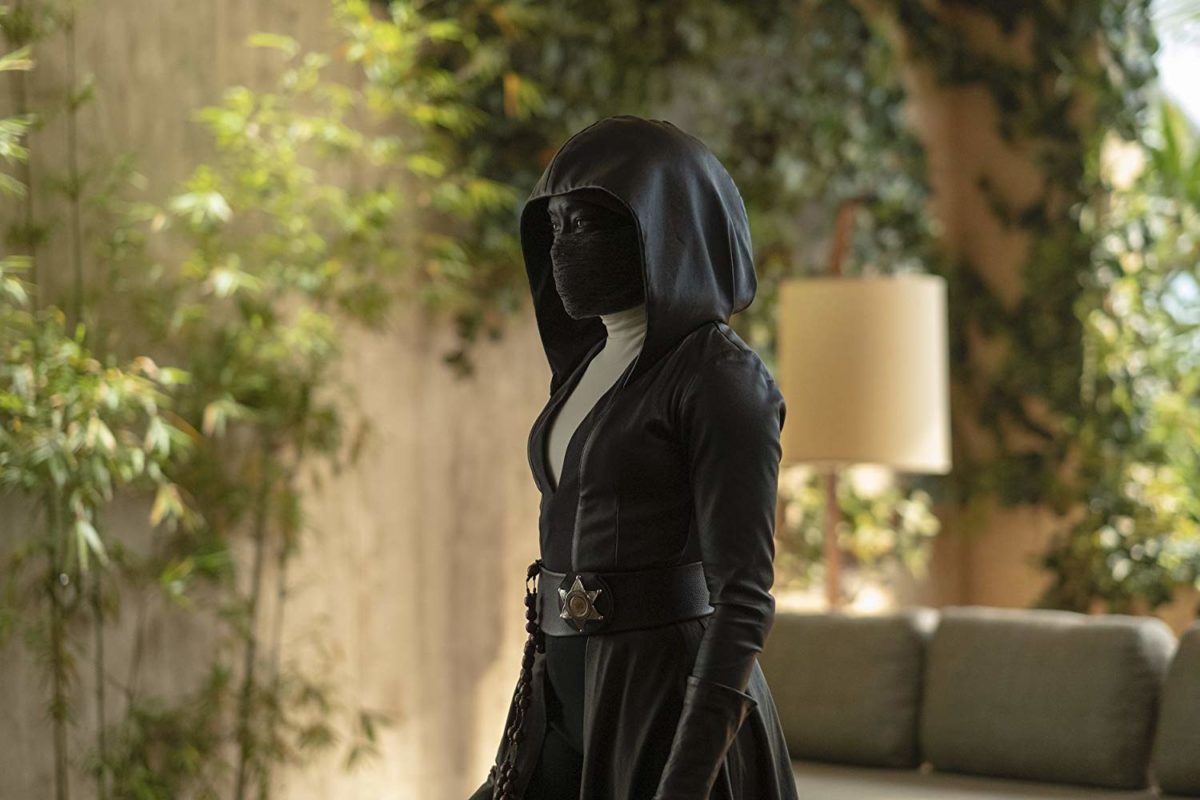 Damon Lindelof’s Watchmen, which will air it’s fourth episode tonight on HBO, is a fascinating, weird and extremely compelling show. It’s also straight up fanfiction. I don’t mean that as a knock. I mean it as a good thing and a great jumping off point to talk about how great fanfic is and how Watchmen is a perfect example of what transformative work can and should do.

Damon Lindelof is a fan of the original Watchmen comic. He’s spoken about how he was influenced by the comic in interviews and you can see its echoes in his series Lost and The Leftovers. Lindelof also shared with fans how much Watchmen meant to him growing up in a letter on instagram to fans that he shared when the series was announced.

In that letter, Lindelof acknowledges that he’s taking something revered and sacred and doing a “remix” of it. He acknowledges that true fans will feel that he has no right to do this but that he feels “compelled” to do so. It’s an admittedly wordy letter that echoes the language and themes of Watchmen and incorporates the themes of time, destiny and daddy issues that permeate Lindelof’s own oeuvre. It makes a good case that Lindelof should be “allowed” to make his show but for any fan that’s ever seen a “I don’t own these characters! Don’t like: don’t read!” disclaimer in front of a fic, it’s both familiar and unnecessary.

What Lindelof, along with his co-writers and producers, are doing with Watchmen is something intimately familiar to anyone that’s part of fandom. He was so defined and moved by the original graphic novel by Alan Moore and Dave Gibbons, that he had to tell another story about these characters and add his own. The world Alan Moore created was so vast and fascinating he wanted to play in it. As a fanfic author myself, I know that feeling. There’s too much potential in the story to be contained in one work, so we have to make our own.

It’s actually a but funny to me that Lindelof went so out of his way to justify himself to the fans with that letter, and that he claimed: “We are not making a ‘sequel’ either. This story will be set in the world its creators painstakingly built.… But in the tradition of the work that inspired it, this new story must be original.” But the show is a sequel to the original story in the sense it takes place after it and catches up with the fates of most of the characters of that story. It’s canon-compliant fic with new characters. I’ve written things like that myself. And that’s fine. That’s what fans do. When we want more of a story, we simple create it ourselves no matter what other fans or the original authors thinks.

Lindelof is also up against another force that many fanfic authors and readers know all too well: the stinging disapproval of the original creator. Alan Moore notoriously hates adaptations of his work. He also hates the people that still own the rights. Moore has compared DC and Warner Brother’s treatment of his work to rape, and called the comic a “spent and exhausted carcass.” He hates that DC keeps the original in print because it keeps the rights from reverting back to him so he can keep the original pure and untouched.

Well, sorry, Alan, but fans will touch it no matter what and in this case. Once an idea is in the world, you lose control over it. In this case the fans making the fic happened to have the backing of Warner Media – the owners of DC and HBO, and so rather than posting to AO3, we got a big budget series made. Lindelof tired to show some deference to Moore’s attitude by calling himself a hypocrite for making his own Watchmen and even going to far as to call the act ‘unethical.’ But he doesn’t need to do that. There’s nothing unethical about loving a story and letting your own imagination take it to new places, no matter what Anne Rice or Alan Moore says.

Fanfic is about exploring all the different nooks and crannies of a story that a single author just can’t touch. As fanfic authors, we take the themes of a work and add our own experiences, baggage and issues to the original; tease them out, mix them up and create something new. The original Watchmen was about nuclear anxiety, propaganda, truth and much more.  It was about state power and the impact of icons. This new version is about racism, police states, faith, time and identity and who knows what else. There are innumerable reference to the original but it charts its own course – just the way the best fanfic does.

One might argue that Watchmen can’t be fanfic because it contains new characters but…there’s a lot of fic that does that too. In fact, the habit of some fanfic writers inserting an extremely skilled, important woman into the existing world, and making the story about her is a well known fanfic trope that’s the namesake for a certain website you’re reading at this very moment. Yes, the good ol’ Mary Sue.

Mary Sues are not in and of themselves. All authors put themselves into stories. In some fic, Mary Sues serve the function of giving marginalized groups a place in an often predominately white and male narrative…exactly as Watchmen does with Angela Abar as played by Regina King. I’m not calling Angela a Mary Sue as an insult (this is THE Mary Sue after all). I’m acknowledging that she fits into a known fanfic pattern, much like most of Watchmen and I actually think that’s so cool and it makes me like the show more.

The series so far also grapples with themes of fandom itself: the power of stories and celebrity, the different ways people can interpret those stories and what the role of the “truth” is in all of this. We see television versions of the stories of the world. We see Adrian Veidt, aka Ozymandias, as played by Jeremy Irons writing his own fanfic version of past events (and killing off clones to act that fic out) and it’s all very meta and cool: fic about fiction within a fic. And those are themes I fully expect the series to continue to explore.

The next episode of Watchmen is entitled “If You Don’t Like My Story, Write Your Own,” which is exactly the phrase many fans have heard from creators of their favorite works before they did go off and do just that, often to the creators shock and horror. I’m interested to see how that attitude plays out in the series and who it will be who tried to take ownership of a story and who tries to make their own.

But hey, if I don’t like it, or you don’t like it…we can always tell our own story and it will be just as valid as this one.