You Should All Be Watching the TV Show Reservation Dogs 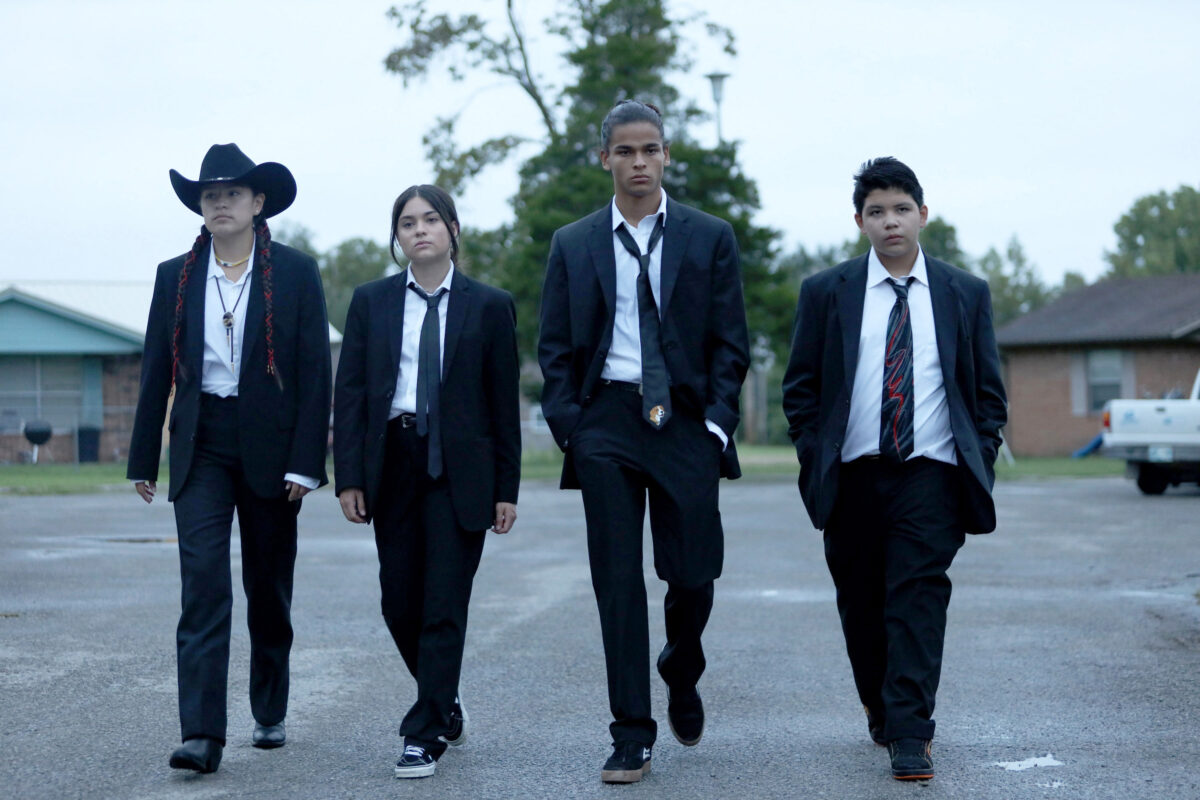 If you aren’t watching Reservation Dogs on FX, what are you doing? We’re already three episodes in and it’s truly one of the best new comedies out there. But are you surprised? It’s a new series from the brilliant, blisteringly funny minds of Taika Waititi and Sterlin Harjo.

Reservation Dogs follows a group of Indigenous teenagers who are trying their best to navigate their heritage, life in Oklahoma, and trying their hardest to get out. It’s a perfect blend of the styles of both Waititi (Thor: Ragnarok, What We Do In the Shadows) and Harjo (Four Sheets to the Wind, Barking Water) and one that everyone should be watching.

Starring Kawennáhere Devery Jacobs as Elora Danan (yes, that is a Willow reference), D’Pharaoh Woon-A-Tai as Bear Smallhill, Paulina Alexis as Willie Jack, and Lane Factor as Cheese, Reservation Dogs has that quick wit and energy that we’ve come to expect from Waititi’s work but with the heart, humor, and perspective that only Harjo could bring to life on screen. As Wikipedia notes of Harjo’s film work to date, “all of them [are] set in his home state of Oklahoma and concerned primarily with Native American people and content.” The meeting of Waititi’s and Harjo’s minds has produced one of the best and most refreshing shows on television.

So, why should you be watching Reservation Dogs? Not only is the cast made of primarily Indigenous actors but it is also an excellent slice of life look at the Native American experience in Oklahoma. The show is a frank exploration of the lives of the central teenagers and their willingness to take back what is theirs and try to find a place in a world while balancing their own history with that of their dreams. It’s just so good. Here’s the official synopsis from Hulu:

A half-hour comedy that follows four Indigenous teenagers in rural Oklahoma as they steal, rob and save to get to the exotic, mysterious and faraway land of California.

Bear and Elora are the leaders of the group in a way. Elora controls the money that they get while Bear is the one with the goals to get them out of Oklahoma and Willie Jack, who is maybe my favorite character, is just trying to sell some food for money and rules. Then there’s Cheese. He’s the little brother and the one they all seem to feel responsible for and within their little family dynamic, they all clearly care about each other and want to protect one another. Especially after their fifth member, Daniel, died a year ago.

We agree with the official FX Networks website that the show is a breakthrough in representation both on-screen and behind the camera.

Filmed on location in Okmulgee, Oklahoma, Reservation Dogs is a breakthrough in Indigenous representation on television both in front of and behind the camera. Every writer, director and series regular on the show is Indigenous. This first-of-its-kind creative team tells a story that resonates with them and their lived experiences – and invites audiences into a surprisingly familiar and funny world.”

Reservation Dogs comes out on FX every Monday and is also available to stream on Hulu.