Wasps are Good at Recognizing Each Others' Faces, Similar to Humans 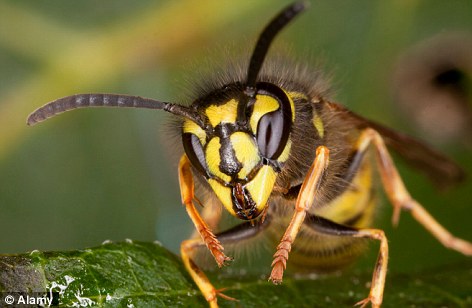 WASPs are good at recognizing faces, of course, but you might be surprised to know that wasps are good at it too. According to a study performed at the University of Michigan, wasps can recognize friends and strangers by the distinctive markings on their faces. In addition, they’ll react more aggressively towards wasps they don’t know than they will towards their buddies. Certain natural deformities like a missing attenna can throw this recognition off, but overall, the insects are great at remembering the dudes they’ve seen up to as long as a week before.

The experiment involved training a bunch of wasps to choose between two images that were placed in a T-shaped box. Over the course of the test, the researchers used unaltered pictures of wasp faces, slightly computer-altered wasp faces, other insect faces, and simple geometric patterns. The results showed that the wasps had a far easier time learning with the unaltered wasp faces; they not only caught on quicker, but also had a higher rate of success, nearly 75%.

When it came to the other images, it might not be too surprising that they had much lower identification rates with the other insect pictures and geometric shapes. The particularly interesting detail is that when the faces were just slightly altered, the success rate went out the window. It was almost as if the wasps were particularly susceptible to an uncanny valley effect.

These results fly in the face of previous hypotheses that wasps do not have large enough brains to recognize other individuals. In fact, the research suggests that this may very well be a big part of the way the hive culture functions considering that wasps raise their young communally and the ability to recognize fellow caretakers as friends, not intruders, could be an important part of hive efficiency.

It looks like, despite the seemingly infinite things we don’t have in common with wasps, the way in which we identify and recognize other members of our species is strikingly similar. Who knows what other hidden similarities we have with other creatures out there. Is it possible that zebras play the banjo much in the same fashion that we humans do? There’s only one way to find out. To the zoo! And also the banjo store!