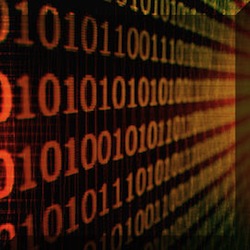 The Board of Elections and Ethics in Washington D.C. invited hackers to test vulnerabilities within its pilot online voting program that is intended to help overseas voters easily place votes without the somewhat annoying absentee ballot process. A team of University of Michigan students hacked into the system and left their school’s fight song as a prank.

Along with the University’s fight song playing after each user cast a ballot, another flaw in the system returned blank ballots when a user would vote with a Mac. The online voting program was apparently closed after the leaks were discovered.

Here’s a Geekosystem interpretation of how it all went down. Since it involves hacking into a government computer that controls election voting, we’ve added some special Hollywood magic.

Board of Elections and Ethics Guy #1

We have released a new program for online voting. To test its vulnerabilities, we invite all hackers to–

We’re in, what do you need?

Board of Elections and Ethics Guy #2

There’s an enemy hacker in the system! They found a backdoor. What do we do?

Board of Elections and Ethics Guy #1