Incestuous, Meth Smoking Washington Couple Arrested on Charges of Being Worst People Ever 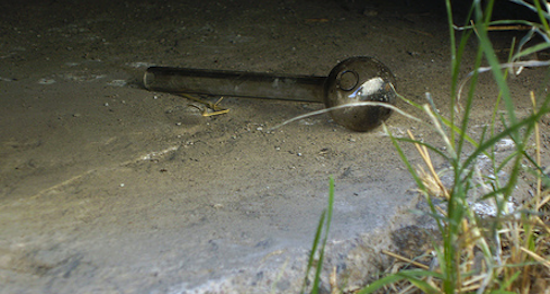 Charges have been filed against a woman and her boyfriend — who is also her half-brother, for those of you working to fill out your “Degenerates on the Internet” bingo card at home — who were arrested in Lake Stevens, Washington earlier this month for smoking meth in their car. The official charge, though, was child endangerment, because of course the woman’s 11-month-old baby was  with them in the frigid, out of gas, meth smoke-filled car. As if you even needed to ask.

The names of this pair of upstanding citizens have not been released in the interest of protecting the woman’s baby, as well as her other two children, who were not in the car at the time. None of these poor kids — whom the state are trying to have removed from her care — are the child of her half-brother and boyfriend, with whom the woman shares a mother as well as a meth pipe. We guess that counts as a silver lining if you’re looking really, really hard for one in this story.

The pair have been dating for about six months, according to a report filed by the prosecutor in the case. The report goes on to state that the man found smoking meth in a Ford Explorer with a baby inside it :

“He said it was wrong to endanger the children and there was no excuse for it. He explained that his childhood was a troubled one and that his father introduced him to methamphetamine at approximately 14 years old.”

The report also states that the woman in the case admitted to officers on the scene that she was an unfit mother, owing to her meth addiction, demonstrating that these two have, between them, exactly enough good sense to acknowledge that they don’t know what the hell they’re doing, but that it is likely the wrong thing. In the parlance of elementary school, this is known as “partial credit.” At best.