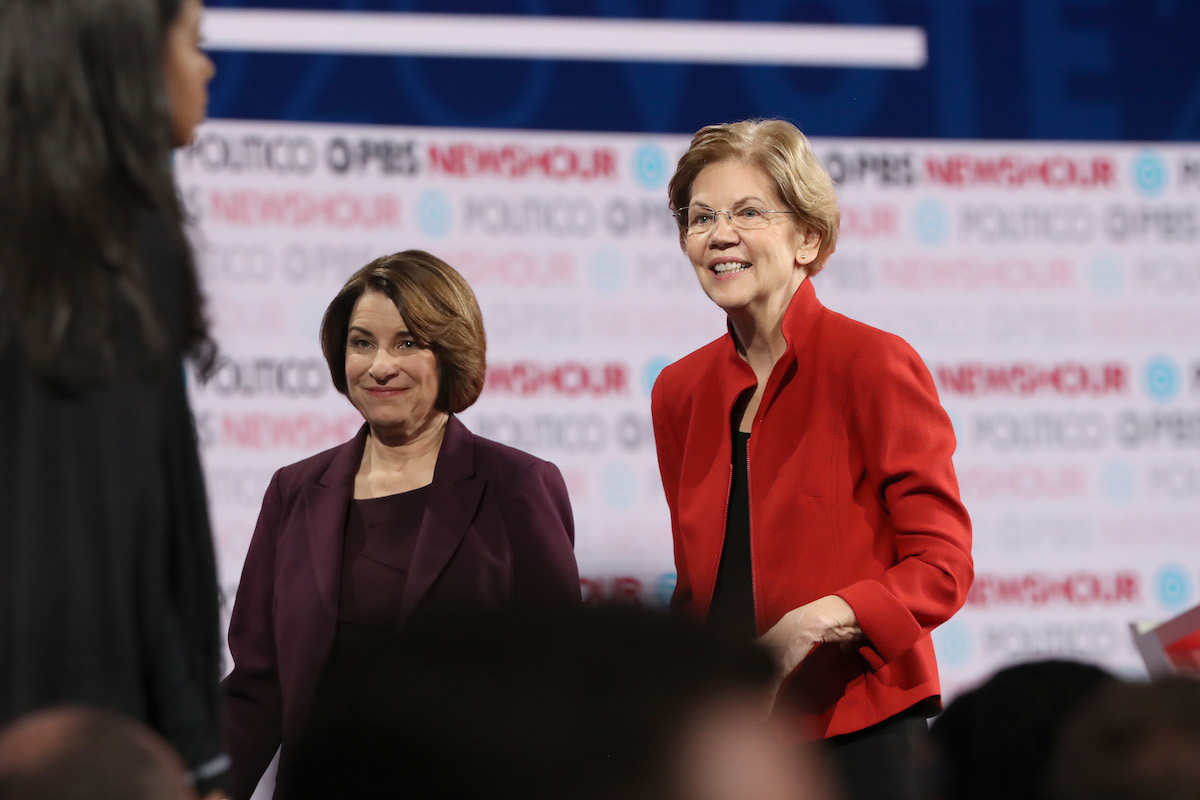 In many ways, last night’s debate showed us what a debate should look like. With a smaller group, each candidate was given a substantial amount of time to explain their platforms and it was also the first time candidates really, well, debated with each other. There was more back and forth and fewer obviously canned responses than we’d previously seen.

It was also incredibly well moderated by PBS and Politico. The hosts were clearly committed to keeping those rehearsed stump speeches to a minimum and they took a much firmer hand than other moderators. When asked a question about the lack of diversity on the debate stage, Bernie Sanders tried to pivot back to talking about climate change, calling it an “existential issue.” PBS NewsHour’s Amna Nawaz interrupted him, saying, “Senator, with all respect, this question was about race. Can you answer the question as it was asked?”

That got huge applause from the audience and to his credit, Sanders did give a great answer, noting that people of color are disproportionately affected by climate change, as well as economic disparity and criminal justice. But seeing moderators actually moderate that conversation was important and impressive.

However, this debate still had its share of disappointing moments, especially in the answers to the final question.

To close the night, the candidates were asked “in the spirit of the season,” if there was another candidate on the stage from whom they’d like to ask forgiveness or to whom they’d like to give a gift. It’s an odd question (although certainly worlds better than when the last batch of moderators asked about Ellen) but it sort of speaks to the debate around party in-fighting. In theory, it’s a nice way to end on a note of unity as we look ahead to the ultimate Boss Battle with Donald Trump.

What ended up happening, though, was really disheartening. Andrew Yang had the unenviable task of answering first. He said that since Elizabeth Warren had started reading his book, he’d like to give all the candidates a copy of his book. Sure.

Sanders and Pete Buttigieg also plugged their books and Buttigieg also said it would be a gift for “the future, and the country” for “literally anybody up here to become president of the United States compared to what we’ve got.” Tom Steyer said he’d give the “gift of teamwork.” Biden took a jab at Elizabeth Warren, saying she’s not the only candidate who takes selfies (her post-event trademark) and that he gives a lot of people the gift of “making their lives better.”

Meanwhile, the two women on stage were the only two to choose the forgiveness option, and both apologized for their emotions.

Klobuchar said, “Well, I would ask for forgiveness any time any of you get mad at me. I can be blunt.”

Both expanded on those answers, saying they get that way because they care so much. They care about the people they’ve met on the campaign trail who are suffering and they care about defeating Donald Trump. They have good reason to be heated and worked up and blunt. They should not be apologizing for that and they should certainly not be the only people on the stage apologizing for that or anything else.

Every single person on that stage has things they could and possibly should apologize for. You can’t say Biden wasn’t “worked up” when he recently challenged a man to a push-up/IQ contest at one of his rallies. Buttigieg continues to hold secret fundraisers after he vowed not to. Tom Steyer is … there.

For the women on that stage, there are far too many people who perceive their biggest weakness to be the basic fact that they are, incurably, women. They are then perceived as being emotional or “shrill” or out of line in some way or another at any given time. For many voters, that bias, unconscious or not, is impossible to overcome. No matter how big a tantrum Trump or Lindsey Graham or Doug Collins throws, it is the women who will be seen as being inherently too emotional to lead.

Is it a good move then, politically, to acknowledge that feeling and preemptively apologize for it? I honestly don’t know. Maybe. I can say that it is incredibly disappointing to see.

women: please forgive me for the time i was not nice
men: i give you the gift of my book