Warner Bros. Realizes Pirates May Actually Be An Underserved Customer Base 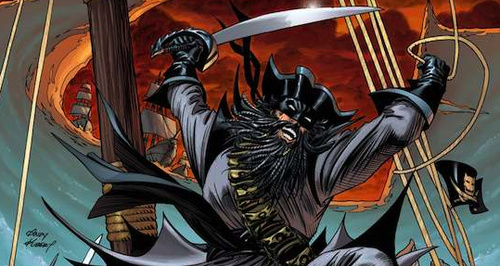 This week the director of business intelligence at Warner Bros‘. anti-piracy unit, Ben Karakunnel, gave paidContent a look at the year and a half study that the studio has been making on the behavior of content pirates, and the surprisingly unsurprising conclusions that they are drawing from the data.

For example, lots of people pirate because there’s no foreign language dub:

In the international markets, illegal WB content in which pirates dub or subtitle themselves is increasingly popular. For one unspecified program Karakunnel used as an example, it wasn’t until the third day after its initial airdate that one such pirate-created translated version accounted for 23% of pirated files of that particular program. By day 10, it accounted for 74%.

Said Karakunnel, “If we can get dubbed or subtitled language versions in the first two days, we can beat them to the punch.”

Also, the WB has found concrete evidence that pirates, get this, also pay for stuff sometimes:

Typical pirates steal in addition to making legitimate entertainment purchases like boxoffice, DVD and even online transactions. Even the most diehard pirates spend some money, though less than more casual infringers. “One of the main things we’re doing is looking at why they do things legitimately on certain products and not on others,” said Karakunnel.

Other conclusions Warner Bros. has drawn is that while most pirates fall into the hallowed 18-24 year old male category, piracy of television shows actually skews towards the female; that television downloads make up about a third of online piracy; and that most pirates immediately seek out illegal means of getting their media rather than searching for the legal way first.

Picture Warner Bros. here as that friend you have who insists on believing that the name of Rocko‘s dog was Porkchop no matter how many times you tell him that Porkchop was the dog from Doug, and believes it so wholeheartedly that he drags you to a computer to look it up on Wikipedia, whereupon he is forced to reluctantly admit that you were correct.