Thousands of fangirls suddenly felt a jolt without knowing why. 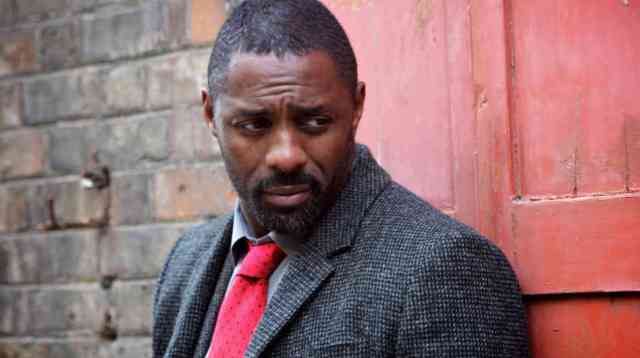 We also have the name of the first movie in Warner Bros.’ planned six-movie Arthurian mythology series, but I know you’re here for the Elba. He’s in all ur mythology movies, making them more handsome and less white. But who might he play? Hit the jump to find out.

According to The Wrap, Elba is in talks to play the knight Bedivere, “Arthur’s father’s right-hand man who takes it upon himself to train the young warrior for battle as he learns his true destiny.” Wikipedia informs me that he’s known in early Welsh texts as “Bedwyr Bedrydant,” or “Bedwyr of the Perfect Sinews.” To quote our own Susana: “I have always admired Idris Elba’s sinews.” Bedivere is also apparently “handsome” and “one-armed,” and Elba will have noooo problem with that first part.

The film in question is called Knights of the Roundtable: King Arthur. As /Film points out, Warner Bros. could be going with a sort of Avengers approach, giving different key figures in Arthurian mythology their own movies before they finish with a grand extravaganza where an immortal Merlin finally finds a reincarnated Arthur and they go off and have adventures together. Nooo, I’m not still emotional over the BBC Merlin finale, why do you ask?

The series will be directed by Guy Ritchie, and this first movie is already slated to come out on July 22, 2016. Oh, and it’ll be in 3D. Idris Elba’s pecs coming out of the screen at us or GTFO.