War Paint “Makeup for Men” Brand Is Sexist, Silly, and Only Has Five Foundation Shades

We couldn’t find a makeup brand formulated specifically for men’s skin; so we created one: https://t.co/X0xaeIOBsV pic.twitter.com/XDRySRWTkq

In “we already have that, but okay I guess brand it for dudes” news, a company called War Paint has “developed” a brand of makeup that features products that “are individually designed for men’s skin.”

“Vitamin-E, this is a natural protection from UV rays as men’s skin is naturally more prone to damage from UV rays which increases signs of ageing skin. Tea Tree Leaf Oil, this is excellent for acne prone skin and has antiseptic and anti-inflammatory properties, both of which can help fight acne and improve the condition.BHA which works on the skin’s surface and inside the pores to reduce blackheads and prevent spots.”

Men already wear makeup all the time. In fact, plenty of makeup brands now feature male-presenting people in their ads because there are so many male influencers who advertise makeup on YouTube. There are several male makeup artists who have their own makeup palettes. Or does that not count because those are gay and queer men?

“Men’s skin is naturally tougher, the skin on a man’s face is 25% thicker than a woman’s, men’s skin also has bigger pores and a lot more of them which produces more sebum than a woman. The difference in men’s skin to woman’s skin is caused by hormones, specifically testosterone. […] Seeing as men have a whole shedload of testosterone, their skin is both thicker and oilier than women’s. This means that as a man you may be more likely to get spots and blackheads.”

First of all, these are very general terms that do not take into consideration that not everyone produces the same amount of hormones. Biological men don’t always produce a “shedload of testosterone.” Secondly, a lot of products are already made to reduce sebum output, and none of those things are gendered.

The annoying thing about War Paint is their hyper-gendered way of approaching something as inclusive as makeup. I appreciate that the company is cruelty-free and vegan, but the idea is based on a narrow view of how men should act. Do men really need a specifically styled kind of product to practice self-care? Do you need a special “man” product to wash y’all beards? To wash your face? To conceal your zits? To drink water?

a former Netflix creative director just raised $1.6 million for a startup that sells “straight edge” water in tall boy cans and their tagline is “nothing’s better than water at murdering your thirst”https://t.co/KJI6Dx0tWd pic.twitter.com/dXBva5A0uP

Not to mention, they committed the ultimate sin of makeup production: limited shade range. They only have three shades of concealer (fair, light, and tan) and five shades of foundation (fair, light, tan, medium, and dark). So I guess screw Black dudes’ sebum levels? 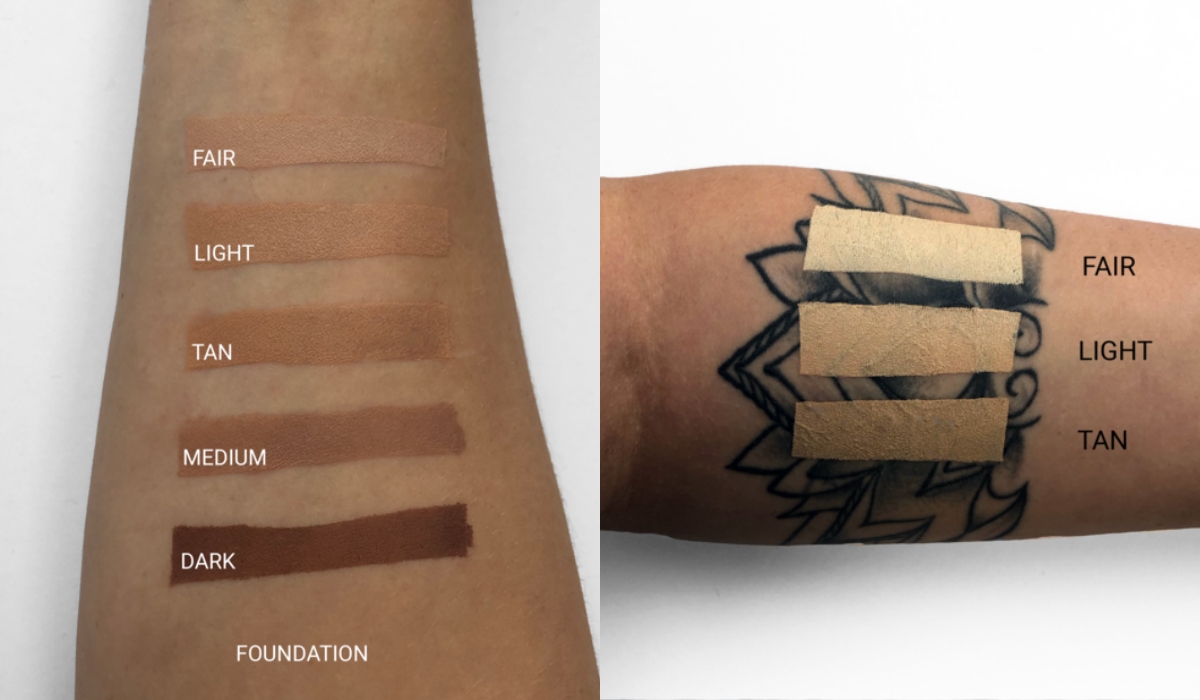 It’s 2019, y’all. What the Jackie Aina hell? You can’t even service different shades of men of color properly in this “inclusive” attempt to create a male makeup brand?

Also, never trust any male organization that refers to women as “females” in general.

I agree, if you look at our reviews you will see men from 16 to 75 using our products and loving them. If females can have products just for women, why can’t men? Our aim is to allow makeup to be gender neutral and to do that we must have male specific brands also

Creating a gender-neutral makeup brand is a noble goal, but everything about the branding says that this is for men, and within that, only white men with tattoos, I guess? If you need all-black packaging and a name like War Paint to be comfortable wearing makeup, then maybe the issue is what you think about makeup and not an issue of your own gender. Plus, companies like MAC and Tom Ford already have “neutral” packaging, so if you’re a man of color, it’ll definitely cover you more than War Paint.