Let’s Talk About the Twins on WandaVision 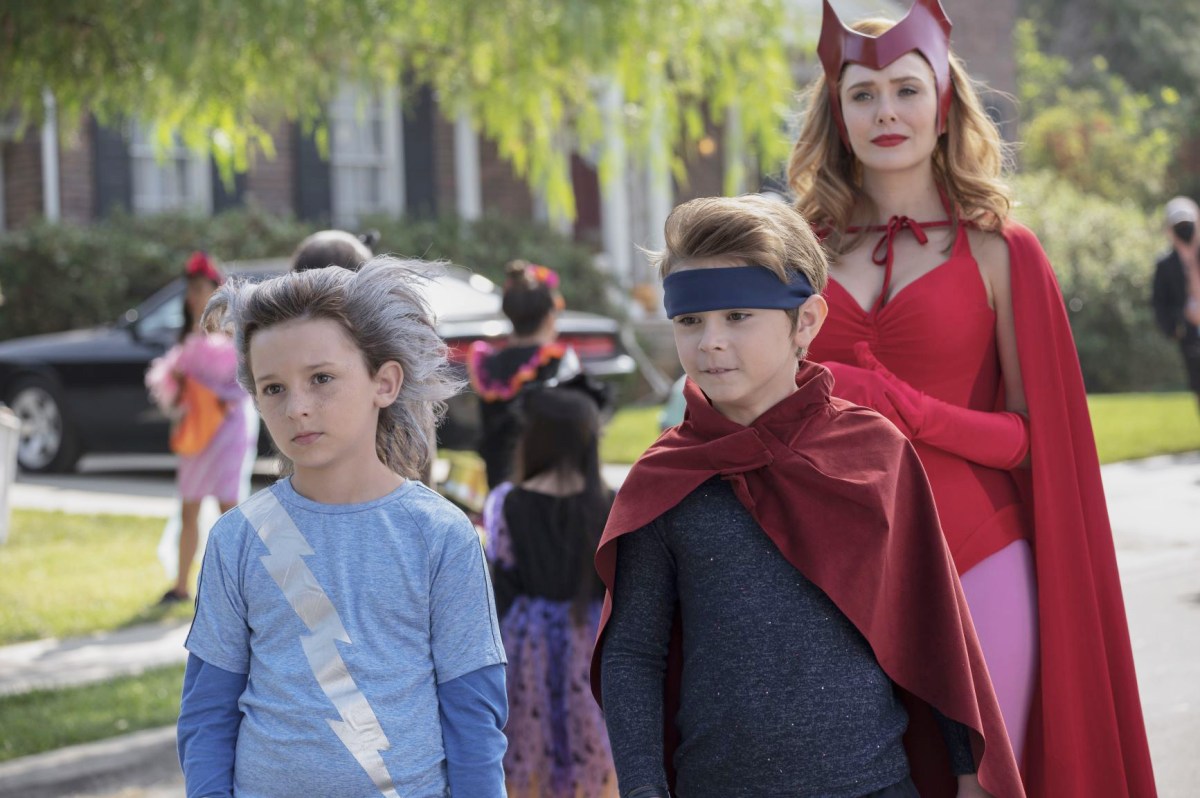 Wanda’s twin boys Billy and Tommy are an important part of the comic book universe and characters that fans were excited to see in the Marvel Cinematic Universe, along what it means for the future (a la Young Avengers). So, let’s talk about the twins and their journey on WandaVision and their future in the MCU.

**Spoilers for the entire series of WandaVision lie within.**

Wanda manifests children for herself and Vision after so many people in town ask them why they don’t have kids. At the end of episode 2, Wanda is pregnant. Jumping quickly through time, she realizes she’s having kids, goes through a pregnancy, and gives birth all in the span of a day. And it’s all to reveal that Billy and Tommy are now canonically part of the MCU.

The twins are big in the comics, playing a huge role in Young Avengers and being important to Wanda’s journey. Their creation is something that fuels the famous “House of M” storyline, where Wanda alters reality to remove mutants. Wanda manifests her boys, and they’re unknowingly connected to Mephisto, and she has to let them be reabsorbed before later on being convinced by Quicksilver to make her own reality where she can live happily with her family—until the mutants confront her.

In WandaVision, their creation is obviously a bit different. Wanda dreams of this ideal life with Vision, and when she’s asked over and over again about kids, she creates some. They grow up too fast at first, but she quickly learns how to navigate motherhood and what it means to have two boys with the same powers as her brother and herself.

Where the twins really shine on WandaVision is their instant dedication not only to their mother but to doing the right thing. Even when Wanda tells them to do something, they only half listen because they’re looking out for her and whatever is about to come her way. They’re constantly worried for her and use their powers to help their mom when they can, and that was very obvious in “The Series Finale.”

When Agatha finally loses control of the twins, Wanda tells them to go home. Listening to their mother, they’re sitting in their room, and Billy is trying to listen to Wanda, and they both decide that it’s time to go back and help her. Rushing to her aid, Wanda and Vision are met with their sons, and the family takes on Agatha, White Vision, and S.W.O.R.D. all together. (But not before Wanda realizes that without the hex, both of her twin boys and Vision will vanish with the reality she created.)

Both Billy and Tommy stand their ground against Hayward (with the help of Monica) and are proud to have been there to help keep the town of Westview and their dream reality safe for a little while longer. But even as Wanda saves the day, she knows that her family isn’t going to stay with her for much longer.

The season ends with Billy and Tommy fading away as Wanda’s sitcom universe does around them. Vision and Wanda put the boys to bed, she thanks them for letting her be their mother, and she leaves the twins to vanish—which isn’t that different from her world in the comics.

In the comics, Billy and Tommy are connected to Wanda Maximoff through her creating them using her reality-morphing abilities (as she did on WandaVision) but also unknowingly using fragments of Mephisto’s soul that the twins then use to destroy him. With that in mind, Wanda does later get her boys back in the form of Thomas Shepherd and William Kaplan, so there is still hope that we can have both Billy and Tommy in the MCU yet.

In WandaVision, there is also a post-credits scene of Wanda working on her magic, and while we hear Billy calling out for his mother, it seems as if that isn’t just a memory Wanda is reliving from her time in Westview. Does this mean that the twins are out there somewhere? Is Mephisto using them to lure Wanda with the Darkhold? So many questions are left unanswered, and it just makes me eager for more of Wanda Maximoff and her twins in the MCU.