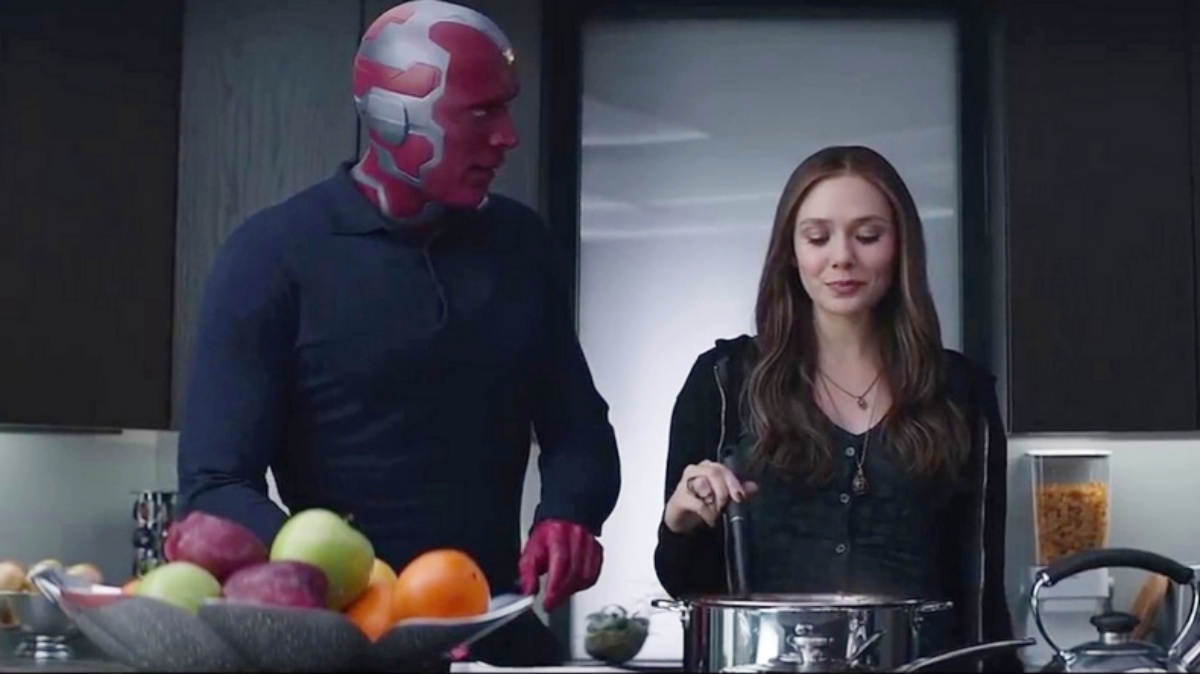 One of the Marvel limited series that have already been announced for the Disney+ streaming platform is WandaVision, starring Elizabeth Olsen’s Wanda Maximoff/Scarlet Witch and Paul Bettany’s Vision together in what I’d imagine will be tepid heterosexual bliss. Still, we have more details from Elizabeth Olsen about what the series will feel like from Syfy Wire.

In the above video, we see Elizebeth Olsen talking a little bit about the show that will be shooting in the fall. “Paul and I are really excited. They have a great group of writers. I think it’s gonna be a total of six hours.”

Six hours of content isn’t that much considering it’s gonna be a limited series, but it’ll probably be the most in-depth look at these two characters than we’ve seen in a while. Avengers: Age of Ultron, the movie that introduced both of them, didn’t spend a lot of quality time with them, and both have been de-powered and superpowered as required by the narrative. The inconsistency is frustrating, but also turns them less into people and more into plot devices. Infinity War above demonstrated this issue, with Wanda being so powerful and yet made to be largely absent for plot reasons.

Additionally, since Vision and Wanda are comic canon official, there’s a lot of material that they can pull from, as Olsen mentions in the video: “Well there’s quite a few other comic books that we’re pulling from, and it’s gonna be Wanda and the Vision … I think at the Disney+ launch/chat they showed a photo of us in the ‘50s, and I think that’s a good teaser. It’s gonna be really fun. I’m really excited.”

Jac Schaeffer, one of the screenwriters on March’s Captain Marvel, is writing, producing, and showrunning the series.

I’ve never been much of a Vision fan, but I do like some aspects of Wanda (more so when she’s Magento’s daughter, but it’s too late to be upset about that), and I hope the show will allow us to see her mourn her brother, tell us things about her upbringing as someone who was orphaned, and if the show will actually tap into her Romani heritage. I have my serious doubts that they will, but it’d be nice if an attempt was made to correct that.

Disney+ goes live Tuesday, Nov. 12. Subscriptions begin at $6.99 a month or $59.99 a year, which, considering that it’ll have Disney Channel Original Movies, all the classic Disney Cartoons, and Gargoyles, is already worth its weight in gold. Netflix had better figure out a way to compete, because with that level of nostalgia, we’re going to need more than true crime docs and imported dramas.

Although we do still want those; please don’t stop.

What storylines for Wanda and Vision would you want to see brought to life?