WandaVision Is Coming to Our Screens This January! 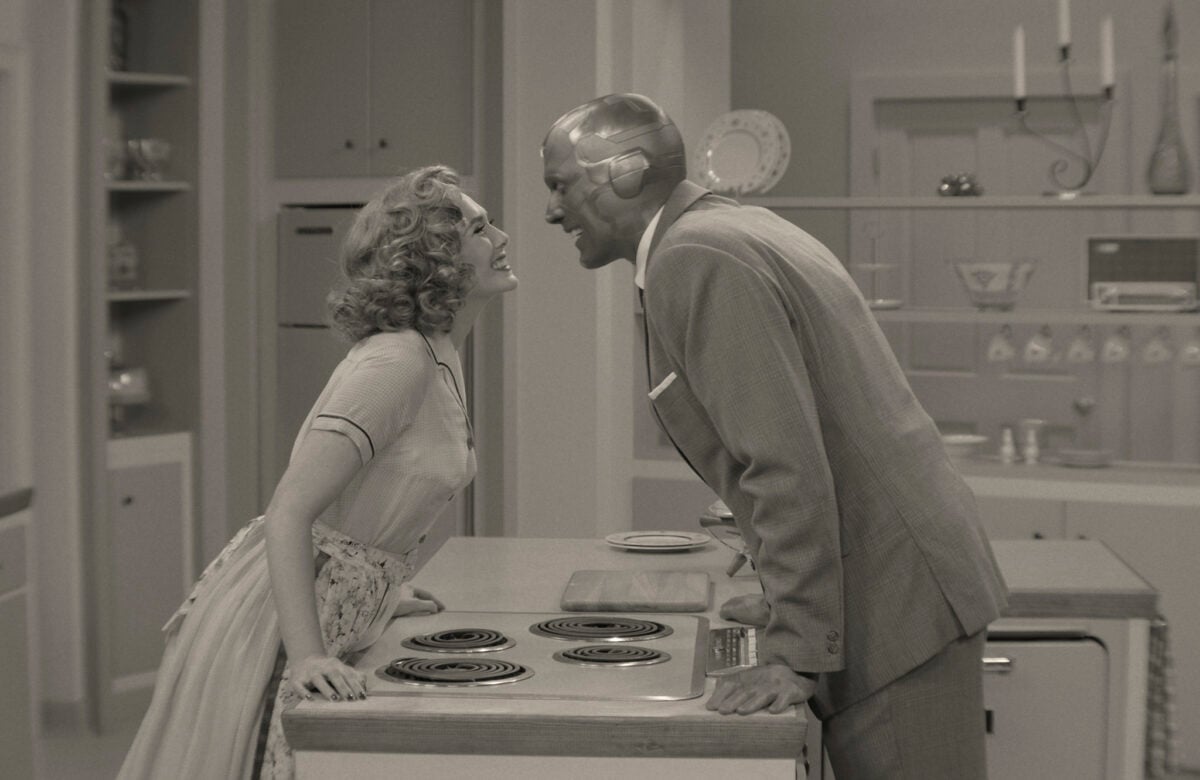 All that time spent wondering when we’re going to get WandaVision has led to this day! The wait is … still over two months, but at least we have a timeframe for WandaVision now!

The official WandaVision Twitter account broke the news that we’d get the pilot for WandaVision on January 15, 2021, and we also got a look at the new poster for the show!

According to the official press release from Disney/Marvel, WandaVision is labeled as “a blend of classic television and the Marvel Cinematic Universe in which Wanda Maximoff (Elizabeth Olsen) and Vision (Paul Bettany)—two super-powered beings living idealized suburban lives—begin to suspect that everything is not as it seems.” Directed by Matt Shakman and Jac Schaeffer serving as head writer, everything about this show seems fun and quirky, while also heartbreaking.

I’ve talked about it before but I don’t think this show is going to go well for Wanda because, no matter what happens, she still ends up back in a reality where she’s alone. While we’re not exactly sure what happened with the aftermath of Avengers: Endgame, the only way that Wanda Maximoff actually ends up back with Vision is if something happens with alternate universes, or Wanda’s new Marvel Cinematic Universe version of the House of M storyline somehow brings him back to life.

There are so many aspects of Wanda’s powers that we just haven’t explored in the MCU yet, and I do hope that this show manages to do so. I think we’re already getting a deeper look into her mind manipulation through her way of “coping” through different television shows.

But there is so much more to Wanda’s abilities that we haven’t even touched on in the movies, so it will be interesting to see how they explore that while Wanda is coping through her loss of Vision (and most likely her brother Pietro still). The fact that Wanda Maximoff is the strongest Avenger and yet we haven’t seen all of her powers in action is both something that excites me and upsets me.

She’s been in this franchise since Avengers: Age of Ultron and has either been pushed to the side because she’s a “kid” or used as the emotional love story arc in these movies. She deserves a lot more than being Vision’s love interest, and while the show is about Wanda coping with the death of Vision, I think that it will give her more space on her own to explore and find a new path outside of the men who have died in her life.

I cannot wait until January 15th! It’s going to be a quirky and strange ride for us and Wanda Maximoff, and that’s exactly what I want out of WandaVision.