What Does the WandaVision Pietro Maximoff Funko MEAN? 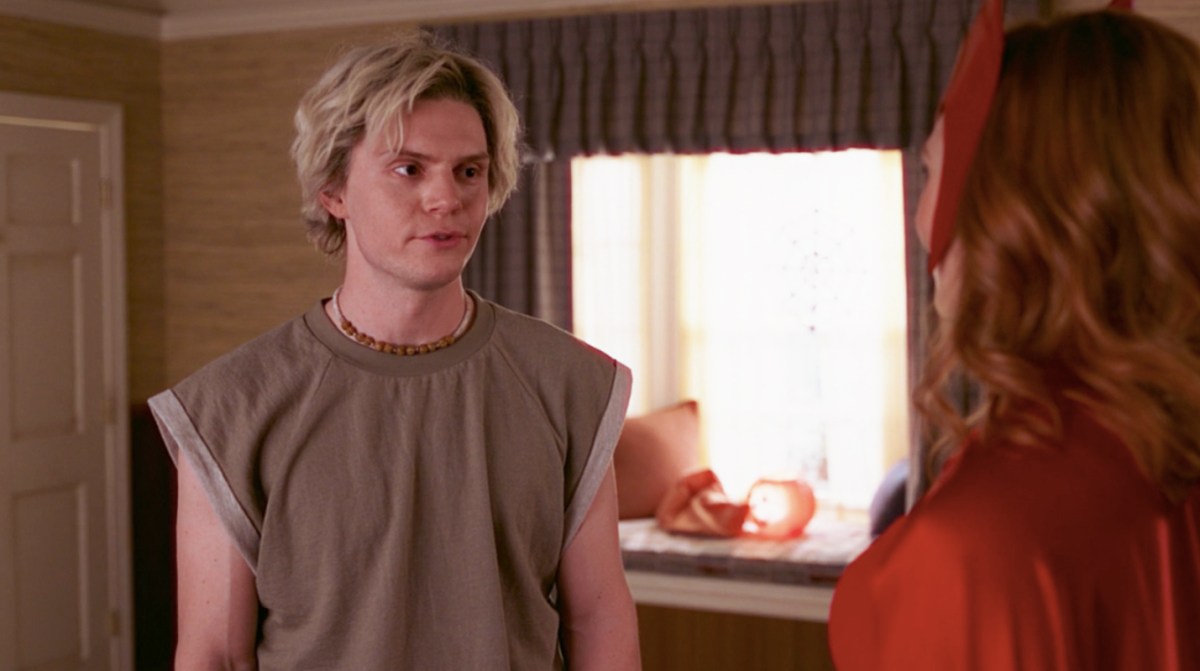 WandaVision has the internet full of theories. We have ideas about who is really in charge, we’re wondering about Vision outside of Wanda’s bubble, and we all want to know which character is secretly Mephisto. But more than that, we want to know why Pietro Maximoff’s name is in quotations on the Funko box for his character.

The look at the figure had fans excited to own the Evan Peters-inspired Pop, but as fans began to look closer, theories started to pop up about why this particular figure is different from the rest of the WandaVision series Funkos.

The theory is that because Pietro’s name is in quotations, he’s not the real Pietro, which … yes, that’s the point, right? But more than that, I think this entire thing is a misdirect. Right now, we don’t know how Evan Peters’ version of Pietro is in this universe, and we don’t know who brought him there.

As far as we can tell, Wanda has no idea why he’s there and is seemingly trying to figure out who exactly he is. She doesn’t openly say that he’s not her brother, but she is clearly trying to figure him out, asking questions about their childhood or trying to gauge how much he remembers about her.

So does all this necessarily mean that he’s not really “Pietro”? That he’s Mephisto or someone else entirely? No. Not at all. I think he is still Pietro Maximoff and he’s from the X-Men universe we knew from Fox’s movies, but I also think they’re just not trying to make it obvious that that’s the case.

This is way too much of an oversight for Marvel to not instantly shut it down if Peters is, in fact, playing someone else. I think he’s in quotations because Wanda doesn’t know if this is her brother or not, and he’s certainly not the same Pietro, as multiple characters have noted, which could itself justify the quotation marks. Billy has the same powers that Wanda has, so the theory going around is that he brought Pietro there for his mother and just plucked the first one he found out of a different universe and brought him to Westview.

So, right now, Wanda doesn’t know that it’s just a different version of her twin brother. I’m sure, as the series goes on, we’ll know more and it’ll all become clear, but right now, I’m fine with not knowing. That’s the joy of weekly television. We don’t know what’s going to happen with Pietro and Wanda, and maybe the quotations do mean something bigger for the character, but I just think that they’re there because we don’t know for sure that he’s any Pietro—yet.