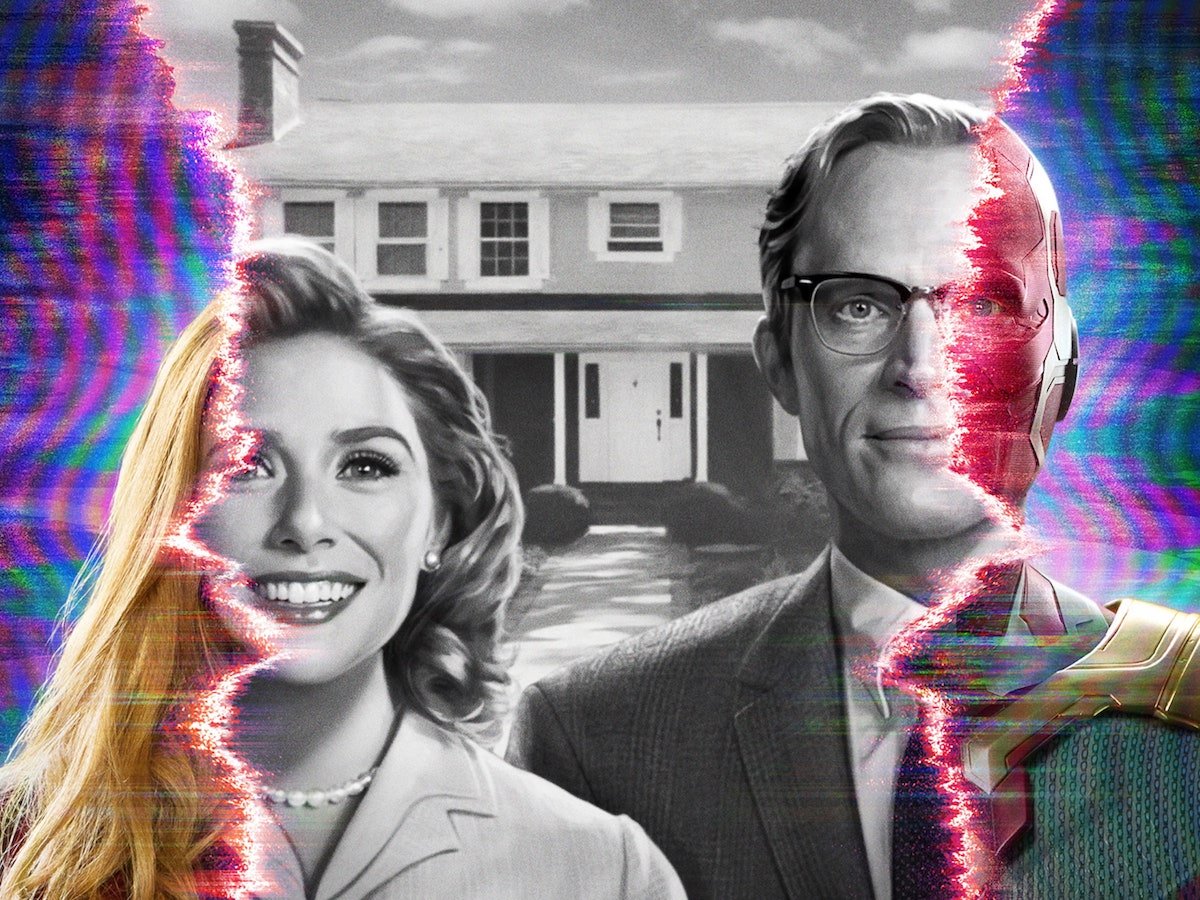 I’ve admired the hard work and dedication of cosplayers for many years, and I’ve covered cons where cosplayers have stopped me in my tracks with their ingenuity and skill. But my jaw hasn’t full-on dropped at the sight of a cosplay until I saw the following WandaVision power couple go by on Twitter.

The tweet went viral, with more than a million “likes.” This stunning Wanda/Vision look is the work of a couple that goes by the name of UniPoolCosplay. Per their Facebook page description, they are “A Cosplay couple that make and play throughout the South of England. We can be found at film, comic and Steampunk events.” They’ve done a ton of themes costumes together over the years. This is what true love looks like.

What makes their cosplay so utterly brilliant is the way they’ve echoed both the plot of the show and WandaVision‘s promotions by showing Wanda and Vision split between dual states. On one side, they’re the wholesome sitcom selves that Wanda has imagined for them in Westview, born out of her trauma and grief. On the other, they’re the powerful superheroes we know from the Marvel Cinematic Universe.

And not only is it dazzling to imagine the amount of work that went into making costumes split down the middle, but the makeup, hair, accessories, and black-and-white detailing are just unreal. It’s so mind-boggling many have assumed at first glance that the look is the result of Photoshop after the fact.

It’s not! On their Instagram account @unipoolcosplay, you can find more pictures as well as a run-down of how this wildly unique WandaVision project came about. They also recently linked to this process video on Facebook after the photos of their outfits gained steam, writing, “So many people think the pictures are photoshopped 😂 Nope 😁👍😊”

Just. Wow. As the sort of person who slaps on a tiara and calls that a Halloween costume, I truly tip my hat to UniPoolCosplay.