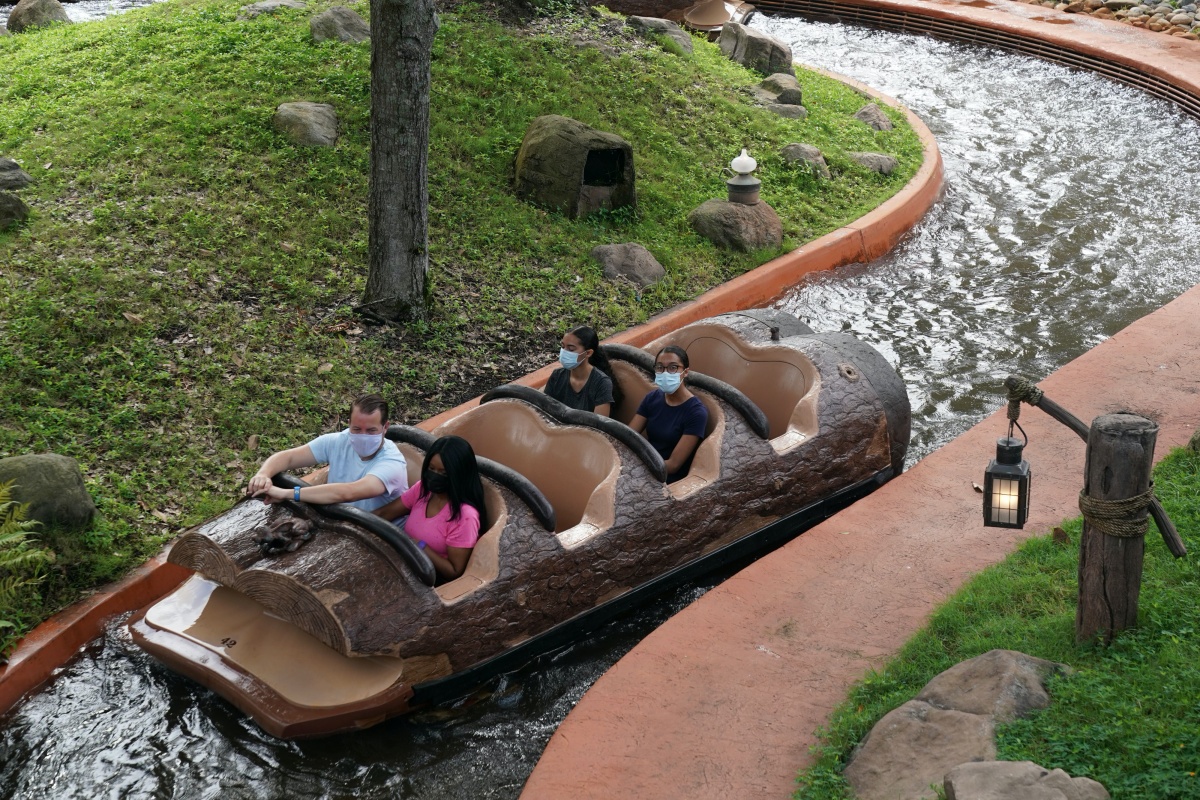 Walt Disney World’s Splash Mountain was overtaken by its own current when riders found their boat sinking underwater.

A video that has been viewed nearly 400k times shows the boat fully underwater—thankfully after the riders had gotten out. The owner of the video, Twitter user Skyelar Ingersoll, told OrlandoHols.com that near the end of the ride, the boat began taking on water after the final drop.

‘Towards the end the log stopped and it got stuck,” she said. “We waited for a while but the log started sinking and filling with water, it was then we jumped out. As soon as we stepped out the whole log was pretty much submerged underwater.”

Ingersoll says the employee that was there scolded them for getting out of the ride and said that they should have stayed in it … despite the fact that it sank as soon as they all got out.

so we got out of our boat because it was sinking while we were stuck there and the disney world employee decided to tell us that we should’ve stayed in the boat but it went under as soon as we all stepped out… nice #DisneyWorld #splashmountain #MagicKingdom #disney not okay???? pic.twitter.com/15zMnP1wgX

Splash Mountain also apparently already had to be shut down and drained after a technical problem on July 26, according to ComicBook.com, so this issue may have been a continuous one since the theme park reopened back on July 15. USA Today states that five people were aboard when the incident happened, but no one was injured, and the ride has since reopened.

While there’s no word on the cause of the incident, Splash Mountain itself is being primed for a major overhaul to re-theme it around The Princess and the Frog film, due to concerns about the ride’s connection to Song of the South. It is supposed to be completed next year, which makes me wonder if these issues are related to any construction or changes. Regardless, this is just another reason why the reopening of Disney’s park should have been delayed.

With Florida leading the charge when it comes to COVID cases (second only to California), it would be nice if the happiest place on Earth could make sure that their riders at least stay afloat.