Free Room for Let in England, and You Only Have to Wear a Walrus Suit Two Hours a Day

There's no such thing as a free lunch. Or a free room, apparently. Unless you're a walrus. 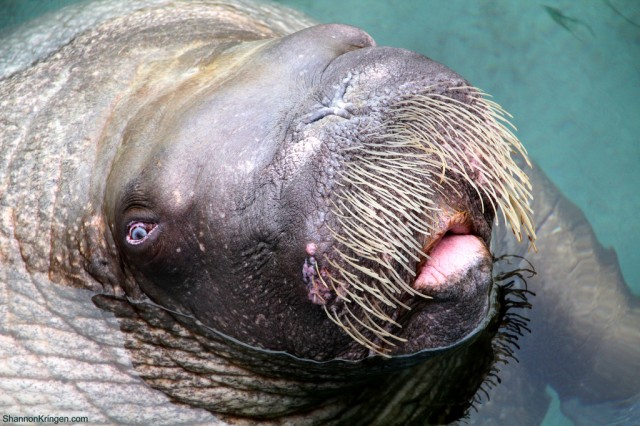 Occasionally, someone asks me what the weirdest thing I’ve seen on the Internet in the course of a day is. That’s usually a difficult question, because I Internet for a living, and thus see a great many strange things. Today, though, it’s a real easy question — the weirdest thing the Internet has produced recently is this ad from Brighton in the U.K. offering free room and board in a bedroom of a house to one lucky person. The only catch? The rent-shirking roomie will have to spend about two hours a day in a “realistic walrus costume” constructed by their landlord.

Before you ask, yes, of course this person will have to spend those two hours a day doing walrus things, like making walrus noises and catching walrus food thrown to them by the homeowner. In the interest of letting the Internet speak for itself, here is the description of what your duties as a tenant could entail, though there’s no word as yet on whether a suitable candidate will need to supply their own bucket.

To take on the position as my lodger you must be prepared to wear the walrus suit for approximately two hours each day (in practice, this is not two hours every day – I merely state it here so you are able to have a clear idea of the workload). Whilst in the walrus costume you must be a walrus – there must be no speaking in a human voice, and any communication must entail making utterances in the voice of a walrus – I believe there aer recordings available on the web – to me, the voice is the most natural thing I have ever heard. Other duties will involve catching and eating the fish and crabs that I will occasionally throw to you whilst you are being the walrus.

Remember though — this is free rent. And hey, free sushi, too! Between a couple of hours of being a walrus and a part-time barista gig, you could live like a king and have plenty of free time to read, write, paint, or just reflect on the poor decisions you’ve made in the course of your life.

Whaddya think, folks? Is the prospect of free rent worth debasing yourself in a walrus costume for two hours a day? Personally, it feels like I’ve had worse jobs, but man, I am hard-pressed to tell you one at the moment.

While you think about it, here’s this, because I just can’t help myself: