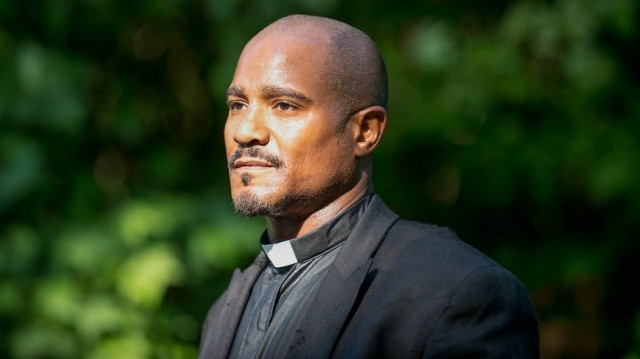 If you’re not caught up on The Walking Dead, this is your official spoiler alert. Also, be sure to check out my recap of the season premiere, “No Sanctuary”.

You know when you watch a little kid blow up a balloon, and they keep blowing more and more and more air into it? You know that balloon is about to pop at any moment, so as you watch the kid blow up the balloon you sort of hold your breath and wait for the inevitable pop? That’s kind of how the latest episode of The Walking Dead went for me. This episode just had too many happy, silly moments, from Glenn tripping over boxes on a supply run, to Daryl tossing Carol some water and dropping it, to a giant, rosy group dinner. I knew, I just knew something awful was on the horizon.

Last week’s episode reunited almost everyone in Team Prison, with a few additions. Our group of survivors hasn’t been this large in a really long time, so it has been great to see (almost) everyone back together. As the group tried to find a new place to live after destroying Terminus, they stumbled across a priest who was being attacked by a group of walkers, Father Gabriel.

This guy had me concerned from the moment we met him. At this point, walkers have been roaming the earth for nearly half a decade, yet Father Gabriel acted like this was his first interaction with one of them. More than that, when Rick asked his famous three questions (How many walkers have you killed? How many people have you killed? Why?), Gabriel said he had managed to go all of these years never killing a walker or a person because the Bible condemned killing.

You know things are messed up when a guy admitting he’s never killed anything is a red flag.

But really, it’s a pretty notable feat for someone to survive for as long as Father Gabriel has without taking a single life, walker or human. Judging by the way he acts around walkers, it’s almost as if he’s lasted this long simply by huddling in a corner of his church. Of course, if we’ve learned anything from Hershel’s farm, you can only hide from walkers for so long until they discover you and overrun your hideaway. Or, in the case of the prison, you can only hide so long until a psychotic, eye-patch wearing tyrant destroys your hideout.

Father Gabriel’s clean slate when it comes to killing and his astounding unfamiliarity with the undead, coupled with Carl finding “you’ll burn for this” etched into the side of his church, might as well be him shouting at the audience:

By the end of the episode, the other shoe hadn’t dropped in the case of Father Gabriel. While it’s great that the group can hold up in Father Gabriel’s church for the time being, I don’t trust him at all.

The other aspect of this week’s episode, other than Father Gabriel, that had me cringing as I waited for something awful to happen had to do with Bob and Sasha. These guys are just so stinkin’ cute together. 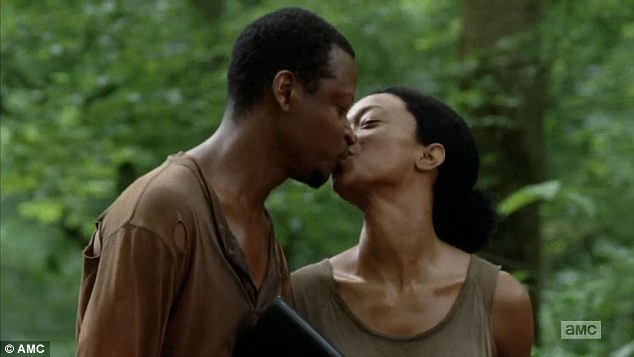 All episode, they were busy being the cutest couple since Glenn and Maggie, playing cute little word games, kissing, and just generally being adorable.

Nothing precedes horrible on this show like a happy, adorable couple. Nothing. Remember when Glenn and Maggie got “married”? Like, two days later the Governor invaded the camp and beheaded Hershel. Seeing Bob and Sasha so happy together let me know things were about to take a dark turn, but I had no idea how dark things would get.

Bob spent all episode being strong and upbeat for Sasha, so in the last few moments of the episode, he heads out to the woods by himself to finally let the emotions of the day out. As he’s out by himself, he gets clubbed over the head and dragged away to a camp led by none other than Gareth from Terminus.

We were all pretty certain that Terminus was a camp of cannibals, from the giant barbeque Mary was working on when we first were introduced to the camp to the creepy butcher-style execution they tried to carry out in last week’s episode.

But it was never explicitly said that the Termites were cannibals… until this week, that is. They tossed nuance and subtlety out the window this week. Bob comes to, finds himself in the middle of the surviving Termites’ camp as they all are eating dinner—meat, I might add.

Once he fully regains consciousness, things zoom from 0-60 as Bob also realizes he’s missing a large portion of his leg, and Gareth says, as he’s eating a chunk of meat, that Bob tastes better than they expected.

So, if you had any remaining doubts that Terminus really was a camp full of cannibals, that pretty much clears it up. To make things worse, Gareth also lets Bob in on the Terminus survivors’ plan to hunt down Team Prison as retribution for destroying Terminus. So it looks like Bob isn’t the only guy they plan to hunt and snack on. It will be interesting to see how the hunter storyline plays out, as Rick officially agreed to having Team Prison accompany Abraham, Rosita, Eugene, and his mullet on their way to D.C.

While those were the two stand-out moments of the episode, there were two other moments I’d be remiss if I didn’t call out. This week, Tara finally comes clean to Rick and Maggie, admitting that she was a part of the Governor’s team when Hershel was killed. Both Rick and Maggie understand she had no idea how evil and terrible the Governor was, and they easily forgive her, Rick and Tara sharing an awkward fistbump and Maggie and Tara sharing a hug. While I’m hoping things can stay friendly between everyone in the group, I have a sinking feeling that something is going to happen between Maggie and Tara in the coming weeks.

And finally, finally, the story drifts back to Beth, if only for a moment. As Carol and Daryl are out by Carol’s car, an unknown car zooms past on the street. It has the same cross symbol painted on the back windshield as Beth’s captors did, so Daryl immediately jumps into action to chase them down.

I’m really hoping next week’s episode will bring more info on what happened to Beth, and hopefully they will spend more time than a couple minutes at the end and beginning of episodes explaining what the heck Morgan is up to. 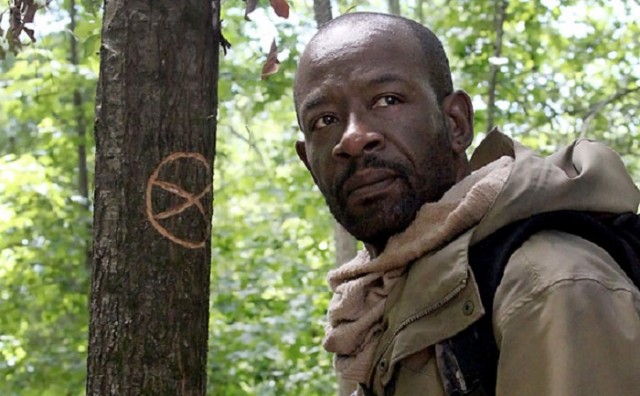 It’s only been two episodes, but this season is shaping up to be incredibly strong… and pretty gross. The writers are bringing back the balance of character-driven story and general zombie madness that hasn’t been present for a while. I can’t wait to see where this season takes us.

What did you think of “Strangers”? Did I miss your favorite moment? Let me know in the comments!