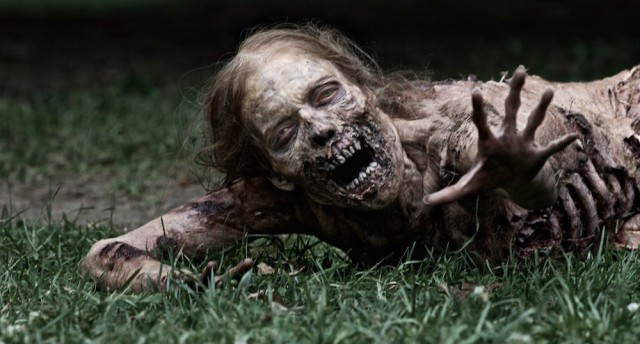 The Walking Dead attraction at Universal Studios is officially happening!

While it’s technically an expansion of a walk-through maze experience that the park first unveiled during Halloween season, Universal Studios has decided to a separate full-time version. They’ve taken the original walk-through experience and kicked things up a notch, incorporating animatronic walkers and live actors in makeup to give fans and park attendees a terrifying experience.

The creative team behind the attraction were able to work in collaboration with special effects supervisor, director and producer Greg Nicotero to recreate some of the very iconic and memorable walkers who originally appeared on the show.

You can watch a behind-the-scenes preview released by Universal below–which definitely gives you an idea of what to expect:

In essence, this is going to provide the feeling of living in the world of The Walking Dead while also giving you the option of running away from it for good if you feel the need. (Unfortunately for our survivors, theirs is a ride they’re never going to be able to get off of.)

The Walking Dead attraction will open on July 4, pairing fireworks with terrifying walkers. What more could you ask for?