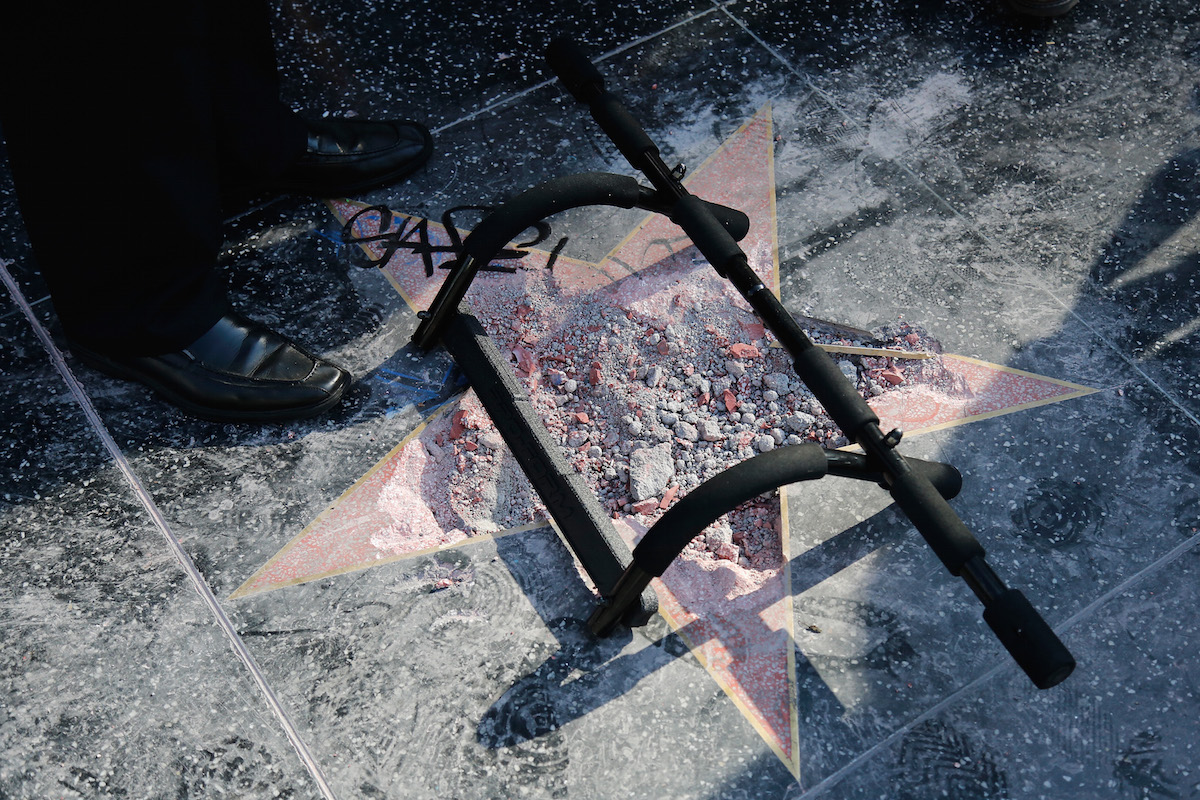 Donald Trump’s star on the Hollywood Walk of Fame has seen a lot of action since he took office. It’s been the site of protests, YouTube publicity stunts, and fist fights. It was recently destroyed by a person with a pickaxe, which was far from the first act of vandalism committed against the star. A few weeks before the 2016 election, someone took a sledgehammer to the plaque, and since then, it’s been spraypainted, spit on, had dog poop left on it, and more.

Now, the West Hollywood City Council has passed a resolution asking the city of Los Angeles to remove Trump’s star permanently. They say this has nothing to do with the fact that Trump is a Republican–after all, no one is smashing up Ronald Regan or Arnold Schwarzenegger’s stars–but because having a star on the Walk of Fame is a privilege, and one that Trump has proven he doesn’t deserve.

The resolution, which you can read in full here, cites Trump’s “disturbing treatment of women and other actions that do not meet the values of the city of West Hollywood, the region, state, and country” as the reason for the proposed removal.

Other issues include the separation of children from their parents at the U.S. border, plans to divert federal funds from an HIV/AIDS health services program to pay for the cost of that child detainment, Trump’s treatment of transgender people, his denial of findings on Russia’s election meddling, his “refusal to hold Russia accountable for its crimes,” and his denial of climate change and withdrawal from the Paris Agreement.

All of this, they say, makes him unworthy of a Hollywood star.

Additionally, the resolution suggests the city “may wish to revisit the qualifications for being included in the Walk of Fame, for both future ‘stars’ and existing ones.”

The resolution is only a suggestion for action to be taken by the City of Los Angeles, but the unanimous vote from West Hollywood’s City Council sends a strong message. And if the city does choose to take action, Mark Hamill has a great suggestion for what to do with Trump’s then former spot:

How about replacing it with someone who really earned it? Like @carrieffisher https://t.co/f1XMXanpWP

Are you now asking yourself “How the hell does Carrie Fisher not already have a star on the Walk of Fame?” Same here. There was an outpouring of support for her to get a star following her death, but there’s a five-year waiting period for posthumous stars following a person’s passing. How she didn’t already have one, though, given the decades she spent writing and acting in Hollywood, is an infuriating mystery.