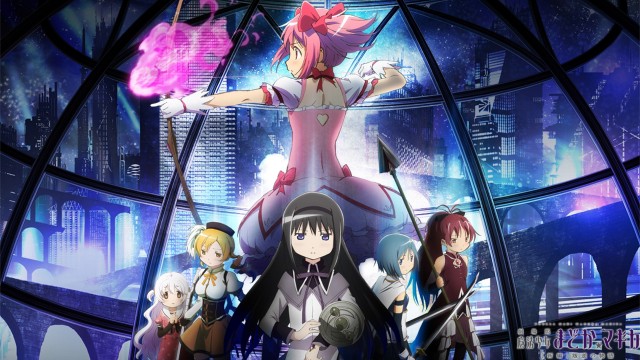 The following was originally posted on The Story Campaign and has been republished here with permission.

Bet you didn’t expect that, did you?

Even though precisely nobody asked for this article, I just couldn’t get the topic out of my head. I may be the only person in the world who enjoys the anime Puella Magi Madoka Magica and the Samuel Beckett play Waiting For Godot equally, but hopefully I might be able to persuade some of you to join me soon. You see, though these two works seem to have nothing in common, they’re both actually wonderful explorations of the school of thought known as absurdism.

Absurdism is a school of thought that started in the early 20th century as a counterpart to existentialism and nihilism. Absurdist thinkers and writers believe that life has no inherent meaning, but that people should search for meaning anyway. In other words, life is what you make of it – not what “fate” has decided.

Samuel Beckett, the playwright of Waiting For Godot, was part of this movement. He had a scary face and a penchant for pitch black humor. I also think he got some kind of sick joy out of testing his audience’s patience.Waiting For Godot is a play in which, for two whole acts, two tramps named Vladimir and Estragon sit around a tree in the middle of nowhere and wait for someone who never shows up (spoiler alert). Or, as a contemporary critic once famously said, “Nothing happens, twice.” 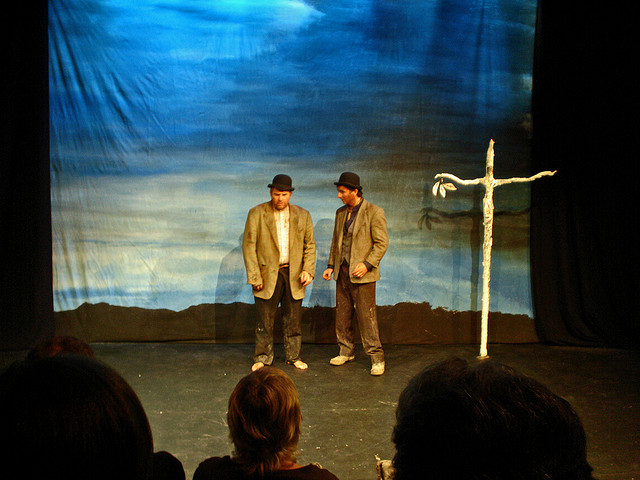 Puella Magi Madoka Magica is a 2011 anime by Gen Urobuchi, best known for Fate/Zero, Psycho-Pass, and other mind-bendingly weird visual novels and anime. Madoka Magica seems at first glance to be just another light and fluffy magical girl show, albeit with strangely large and empty environments that match the tree in Beckett’s play, but it quickly unfolds into a very dark deconstruction of the genre (the transition is marked by a moment in the third episode where a major character gets her head bitten off by a dessert-themed snake monster). 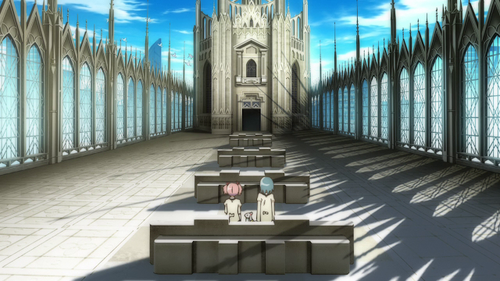 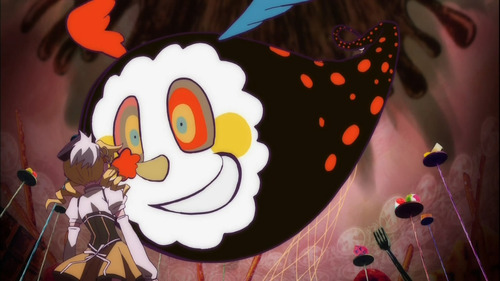 (Slightly late) spoiler warning for Madoka Magica and the Rebellion movie from this point on.

Vladimir, Estragon, and the cast of Madoka Magica aren’t really trapped in the purgatory they find themselves in. The tramps could leave the tree at any time, and Madoka and the others could have easily never agreed to Kyubey’s contract in the first place. But once they get trapped inside their own heads, their options become more and more limited until “leaving” ceases to be possible. The very last lines of Waiting For Godot sum this up perfectly. The stage directions read:

Vladimir: Well? Shall we go?

Similarly, no matter how hard the magical girls (especially Sayaka and Homura) try to be heroic, they ultimately can’t avoid being dragged down into despair. For them, escaping is a much more arduous task than just walking away from a tree, but the possibility is still theoretically there – it’s just that their growing desperation gives them severe tunnel vision.

Madoka herself breaks the mold by refusing to sign up for Kyubey’s contract at all. And when she does at the end of the series, her wish is so completely selfless that it provides hope and meaning to everyone else in the world except for her. She takes all of their sadness and lack of meaning onto herself, and then blinks herself out of existence in order to make it all disappear. She basically becomes a goddess who sacrificed herself to give meaning to the world where there once was none. 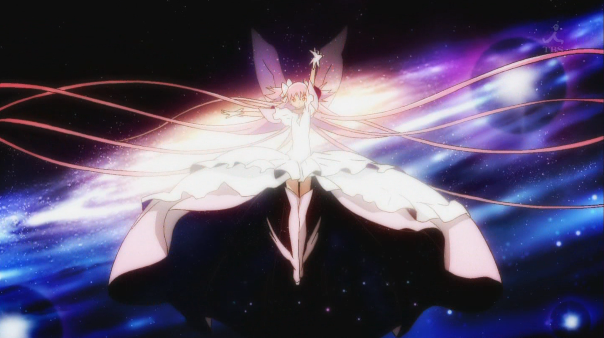 Vladimir and Estragon are not strong enough to make a solid decision like Madoka did. They know full well that waiting for Godot is hopeless, but they don’t make any effort to change the situation. During their wait, they meet a traveling businessman named Pozzo and his slave Lucky. These two seem much more secure in their existence, since Pozzo is too vapid to think about such things and Lucky has no choice in how his life plays out. Really, he’s “lucky” because he doesn’t have to worry about his life’s meaning – Pozzo tells him what to do and he does it. That’s all the meaning he has, and it’s all he needs. 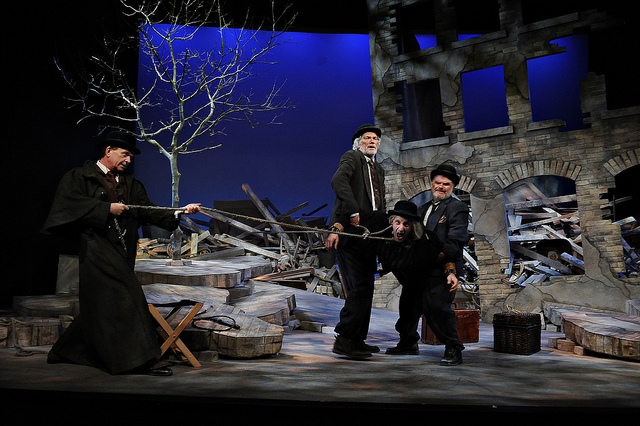 But since adsurdism claims that life has no inherent meaning, the world that Madoka recreated can’t last forever. Human fault and selfishness must inevitably bring it down. And that’s exactly what happens in the post-series movie, Rebellion. Homura has a selfish need for Madoka to always be by her side, so she destroys the perfect world by becoming an opposing force to Madoka’s godliness and literally drags her back to earth to be trapped forever.

So even in fiction (or absurdist fiction, at least), life cannot be given inherent meaning.  Bums sitting by a tree can’t do it, and even a magical-girl-turned-goddess can’t keep it indefinitely. But does that make these works, and absurdism in general, pessimistic? Not at all!

It’s actually pretty liberating to think that there’s no meaning to life. That way, you are the only one who can determine what your future will be. In both of these works, some characters aren’t strong enough to make meaning for themselves, so they remain stuck in place forever. Madoka tried to change the system and ultimately failed, but she still inspired her friends to be confident and not let themselves be pulled down by what they had gone through.

So don’t keep waiting for Godot. Even though Homura dragged Madoka back to earth, learn from her selflessness and don’t let life’s despairs prevent you from moving forward. There’s no one telling you what to do, according to absurdism, so life will be what you make of it. Get up from that tree and start moving.