The stans have taken over corporate Twitter and we can't stop laughing. 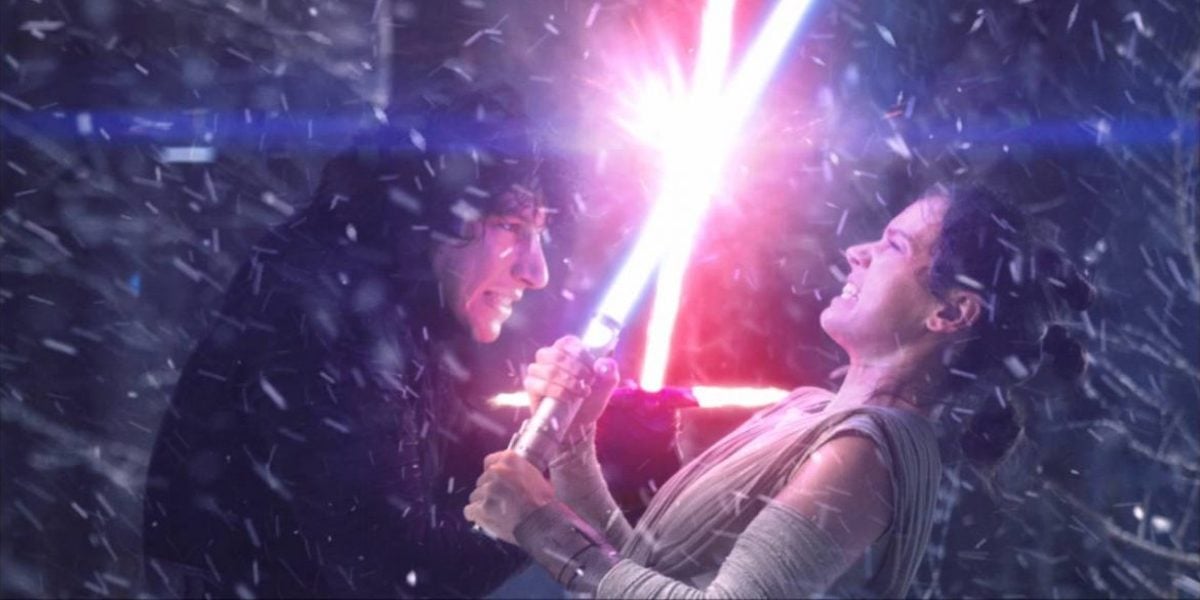 How divisive is the the Star Wars fandom over their preferred ships? Well, now your favorite affordable eateries are getting in on the shipping wars by boldly declaring sides. It all started when Waffle House boldly declared their love for Reylo with a special Reylo waffle featuring both peanut butter and chocolate chips together on a waffle:

Fans quickly took to Twitter to celebrate/condemn the Southern institution over Reylo shipping. Whether you’re a Reylo fan or not, I think we can all come together and agree on one thing: why the f*ck are those chips not mixed in with the waffle batter?! They’re just resting on to of the waffle when they could be achieving prime meltiness inside! This is not a debatable ‘Greedo shot first’ issue, this is a crime against wafflmanity.

Now, other eateries are getting in on the shipping fun, with Auntie Anne’s throwing their toothpick in the game by siding with Finnrey.

As someone who jokingly (not so jokingly) wanted Auntie Anne’s to cater their wedding, I’m delighted to see my favorite pretzel joint falling on the side of my preferred ship, Finnrey. It also helps that Auntie Anne’s didn’t share their viewpoint with an an accompanying offensive pretzel situation, like a hot dog on top of a pretzel or something (sorry, I will never get over that waffle).

As they are wont to do, social media lost its goddamn mind over the shipping wars, which resulted in a stunning turn to the dark side from the unlikeliest of sources: Wetzel’s Pretzels:

Now, what have we learned from all of this? As usual nothing, except that corporate Twitter accounts are clearly run by nerds. At the end of the day, who you ship doesn’t matter: these are fictional characters, so think twice before you mount a vicious campaign against someone who ships differently from you. Whether you think Kylo Ren is an edgelord or you think Finn and Rey have no chemistry ultimately doesn’t matter to the story. The filmmakers have already made decisions regarding these relationships and we’re all just along for the ride.

And while these characters are imaginary, the human beings you’re sniping at on the internet are all too real. So before you fire off an angry screed insulting someone else, remember that there’s a real live human behind that Twitter handle. Let’s conduct ourselves with a little bit more respect and dignity, yeah? Besides, someone shipping a different couple doesn’t take away from your OTP. Let’s all live in peace in this galaxy, hand in waffle in hand in pretzel dog.

Except for that abomination of a waffle. F*ck that waffle.