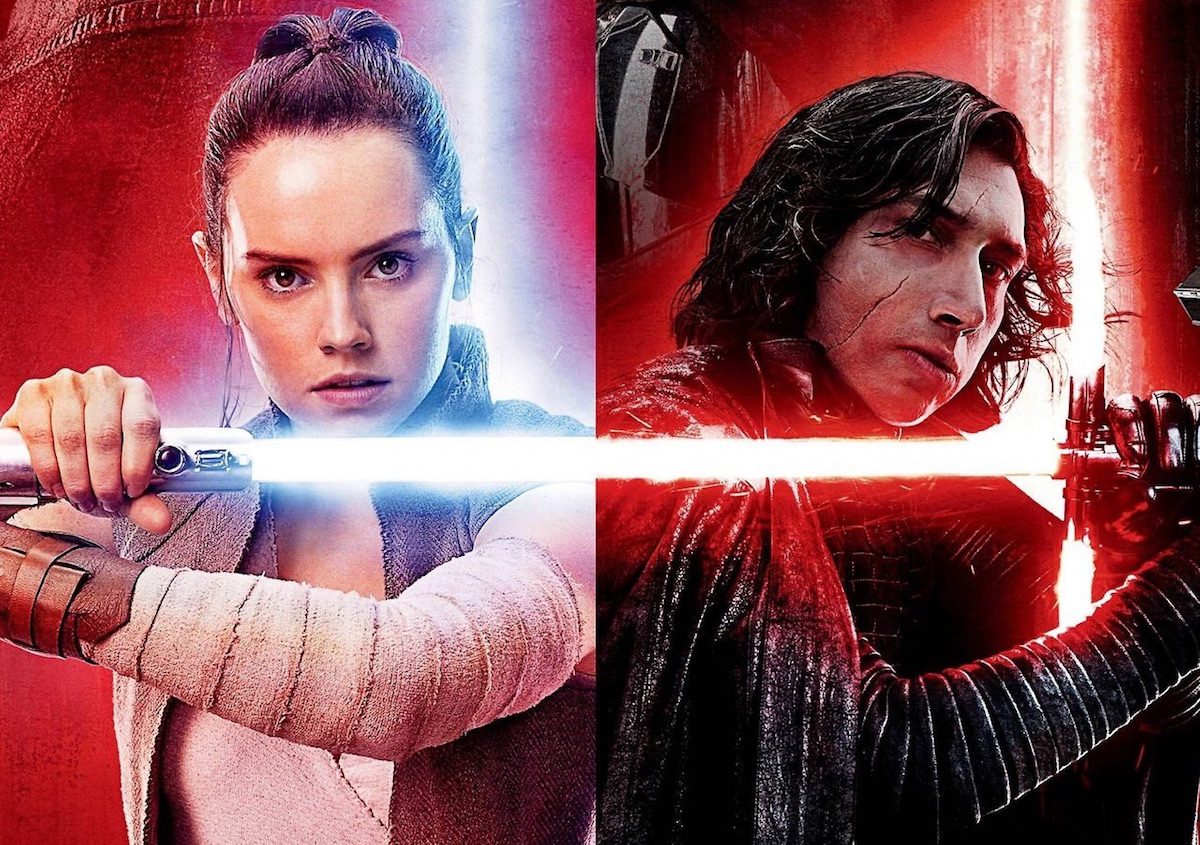 File under sentences I never expected to type but hey, it’s 2018, I shouldn’t be surprised: Waffle House appears to ship Reylo.

Another day, another waffle pic.twitter.com/qVhyzo1WVl

Pretty standard corporate social media stuff. Which is why Waffle House’s recent tweet stood out and intrigued us. Attaching a photo of a chocolate and peanut butter waffle, the account mused about this combination, alluded to the mingled flavors as “forcebonded,” and specified that this particular waffle was for “the Reylos.”

There is a balance between the chocolate and peanut butter, forcebonded together as they melt… A waffle for the #Reylos pic.twitter.com/ZMUhqvfTDq

First, a little background: “Reylo” is the portmanteau for the Star Wars fandom ship of Rey and Kylo Ren. Reylos write fiction, draw pictures, edit GIFs, make videos, and speculate on social networks about the romantic possibilities between the two characters.

Popular since The Force Awakens, the ship was buoyed by the considerable amount of content that could be viewed as canonically “Reylo” in The Last Jedi, even by the uninitiated. Director Rian Johnson seemed to go pretty all in with Reylo subtext and might enjoy this waffle himself. It’s unclear if J.J. Abrams’ third movie will work with similar themes.

In The Last Jedi, the light/dark duo are linked up through the Force by Snoke (hence “forcebonded”), and share quite a few emotional exchanges. At one point, Kylo is shirtless save for a pair of high-waisted pants that launched a thousand memes. Rey express mails herself straight to Kylo, convinced that she can save “Ben” from himself, and they have a pretty epic battle together against Snoke and his shiny red minions. Then Kylo tells Rey that she comes from nothing but isn’t trash to him, the words of romance every girl longs to hear. Kylo wants her to join him, but Rey hightails it out of there once it becomes clear that “Ben” will not be dissuaded from the dark side.

Needless to say, the Reylos have a lot of material to work with in terms of melodrama both canonical and fan-imagined, or “fanon,” and have created a massive body of their own fanwork. The ship was the #2 most popular on Tumblr in 2018. There are 8,347 stories on fanfiction mothership Archive of Our Own about them, compared to, say, the 5,235 for Poe/Finn or 1,474 for Rey/Finn. (The biggest ship for the new Star Wars? That’d be 9,100 stories for Kylo Ren/General Hux.)

I’m not active in the Star Wars fandom, but I have several friends who are, so I’m duty-bound to mention here that Reylo is considered a “problematic” and highly divisive ship by some. I’ve seen posts where “Reylo” is spelled “R*ylo” to avoid offense, and I know people who have the term blacklisted so that it doesn’t show up in searches. This stems from the characters’ history, which begins with Kylo Ren torturing Rey, hurting her friends, and killing her mentor, who also happens to be his own father and mine, Han Solo. Kylo’s manipulative treatment continues in The Last Jedi, especially in that whole negging “you’re a nobody but not to me” moment.

I pride myself on trying to stay extremely drama-free and nonjudgmental in my fandom consumption, and you will not find me telling anyone who to ship. You do you. We should be able to have fun with fiction in our fandom sandboxes. But I have to say I never thought I’d find myself looking at a pro-Reylo tweet from Waffle House.

To that end, I did not expect the official Star Wars account, with more than 2 million followers to notice, reply, and respond to this tweet enthusiastically. It’s a brave new world, people.

Attaching a GIF of Kylo offering Rey his hand, the official Star Wars account appears to support the “waffle for Reylo” moment from Waffle House.

And to finish this roleplay:

Together we could bring a new order to the galaxy pic.twitter.com/X3hrvuluwp

So what’s going on here? A Reylo enthusiast likely works on Waffle House’s social media team, and, theoretically, on Star Wars’ as well. Reylos are rapturous about these developments, tweeting responses that Waffle House has won their business for life, and replies are mostly positive.

It’s unlikely, however, that the folks behind the official Star Wars Twitter account have any insider knowledge that supports a Reylo endgame, so I would not make that leap—such information would be harder to uncover than the plans to the Death Star. What they’re doing here is basically corporate social media synergy, though in a time when businesses can be wary of fandom and its zealous devotees, I was surprised to see these tweets appear and stick.

I have to say, ship wars aside, I’m delighted to see such a random and well-received mention of fandom in the most unlikely of places. What’s next? Will Denny’s admit its love for Stucky? Does Ruby Tuesday’s have a thing for Symbrock? What is Long John Silver’s hockey team, and who do they ship? Could Quizno’s be making GIFs about Bellarke as we speak? Might Cinnabon introduce a Choni-themed dessert? Maybe Dairy Queen could weigh in on K-Pop? Watch this space.