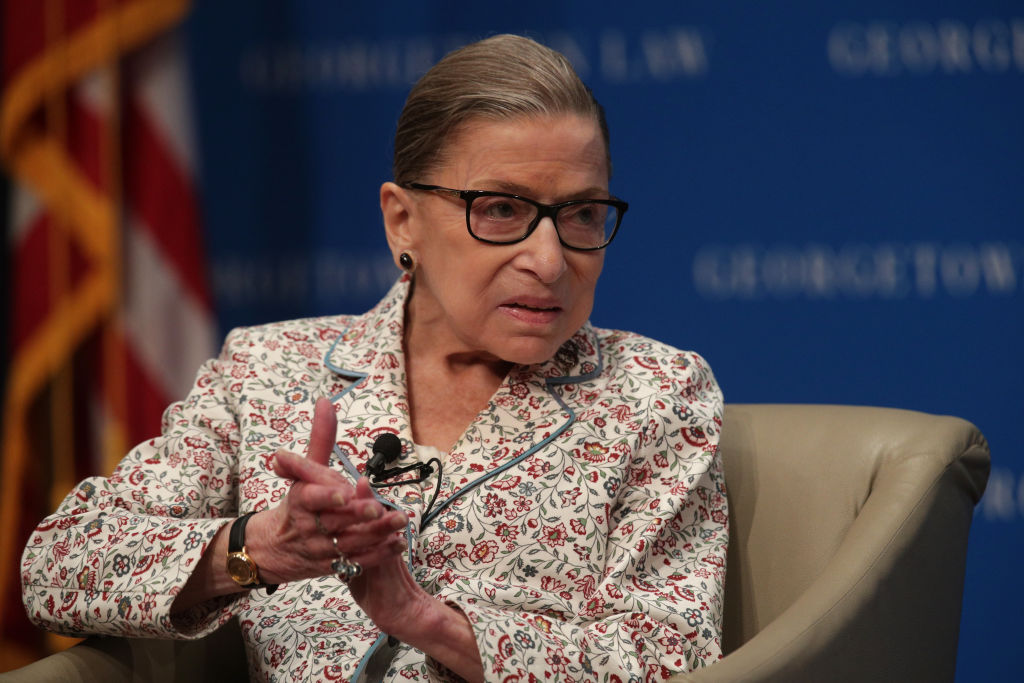 It’s been less than a week since America lost Supreme Court Justice and civil rights icon Ruth Bader Ginsburg. In the wake of her passing, Republicans have been tripping over themselves to rally behind Trump’s as-yet-unnamed replacement pick and refusing to honor RBG’s legacy. Democrats, on the other hand, are registering to vote in record numbers and raising millions of dollars in campaign funds.

Vote.org, a nonpartisan nonprofit that helps voters get registered, announced that they had received more than 40,000 new voter registrations on Saturday and Sunday, which was a 68% increase from the weekend before. Vote.org also received over 35,000 mail ballot requests, a 42% increase from a week earlier.

This is what we call in the voting biz, a success. Way to make #NationalVoterRegistrationDay a thing. Take a bow.

And if you haven’t registered to vote yet, do it now: https://t.co/EW1KQJyNBp pic.twitter.com/4nKMUBpBsw

Tuesday was National Voter Registration Day, which saw Vote.org registering 135,000 new voters, doubling registrations from the same day in 2018. Over 62% of the new registrations were women voters between the ages of 25-34. And those are just the numbers for Vote.org. Similar voting registrations sites have also seen record spikes in registration, registration verification, and mail-in ballot requests.

Carolyn DeWitt, president of Rock the Vote, told CNBC on Tuesday, “I do think that the passing of Ruth Bader Ginsburg has galvanized eligible voters, in particular, who understand the role of the Supreme Court and are concerned about the future of civil rights.”

In addition to the increase in voter registration, Democrats are pouring money into battleground senate races. Nonprofit fundraising platform ActBlue has raised more than $160 million since Friday, thanks to small donor donations, breaking all their previous records. Flippable senate seats are now seeing an influx of cash in states like Alaska, Maine, Colorado, Montana, Iowa, Mississippi, Georgia, Alabama, Michigan, and more.

Small-dollar donors have now given $100 million on ActBlue since 8 p.m. ET Friday, investing in candidates up and down the ballot and orgs on the front lines of the impending judicial confirmation fight. The grassroots is ready to fight to honor Justice Ginsburg’s legacy.

And these numbers don’t include direct donations to the candidates themselves, which have been impressive. At least 13 Democratic candidates have garnered more than $1.3 million each since Friday from single fund-raising efforts. And Crooked Media’s own fundraising campaign, Get Mitch or Die Trying, has raked in over $24 million so far.

With 39 days until the election, this infusion of money means not only more campaign advertising, it also increases the number of potentially flippable seats. With only four seats (or three seats and the presidency), Democrats could win a majority in the senate and pry the gavel from Mitch McConnell’s gnarled old hand.

I can think of no better way to honor Ruth Bader Ginsburg’s legacy than by saving our country from authoritarian takeover. In the words of the Notorious RBG, “Fight for the things that you care about, but do it in a way that will lead others to join you.”