Chevy Accelerating Volt Distribution To All 50 States in 2011 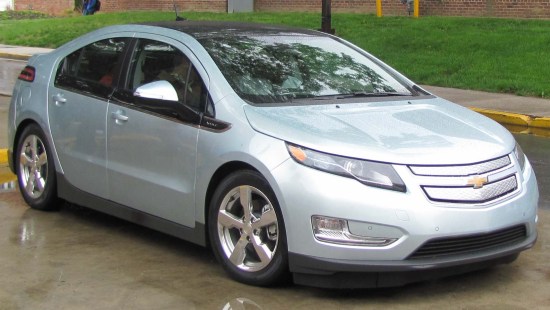 You want a Chevy Volt, the new plug-in hybrid from GM, and you want it sooner rather than later. That, at least, is the assumption made by the auto giant as they ramp up distribution to bring the $40,280 car to all 50 states before the end of 2011. In their press release, U.S. VP of Chevy marketing Rick Scheidt said, “we’re accelerating our launch plan to have Volts in all participating Chevrolet dealerships in every single state in the union by the end of this year.”  (Full disclosure: my father, and other members of my family, are current and former employees of General Motors. I am not, to my knowledge, getting a free car out of this.)

Volts have been available in California, Connecticut, D.C., New Jersey, New York, and Texas since December 2010. Michigan will begin seeing the car in spring 2011, with Delaware, Florida, Georgia, Hawaii, Maryland, North Carolina, Oregon, Pennsylvania, South Carolina, Virginia, and Washington in the third quarter. Everyone else will follow-on before the end of the year. The push to bring the car to consumers faster comes on the heels of it winning big at the Detroit International Autoshow, among other honors. Furthermore, the Volt recently replaced the Prius as the most fuel-efficient vehicle in America.

While the Volt is shaping up to be a technological marvel, the real success could be the psychology behind the car. It’s high-tech and pricey, giving it the typical expensive car mystique. But at the same time it is extremely efficient, giving it a thrifty edge. In an age when conspicuous non-consumption is the new way to show off, the Volt lets you show off on so many levels: I’ve got money, but I’m also frugal and love the earth. That fat sticker price? That can be played down to the tune of $7.5K, thanks to government subsidies. And for dealers, there’s also the “halo-effect” to consider, where shoppers unable to surmount the Volt’s sticker price might be enticed towards cheaper, efficient cars on the Chevy lot.

Despite these points in the Volt’s favor, it still runs the risk of being an ultra-expensive failure. Bringing it out faster could prove disastrous for the freshly-out-of-bankruptcy General Motors if they misjudged the enthusiasm of potential buyers. While the Volts’ “halo-effect” and subsidies are certainly a cushion, an expensive gadget-laden vehicle could be a few bad sales away from being The Homer: The Car For Homer.

(Video has a rotating Japanese car at the end; I don’t know either)

(via CrunchGear, image via Wikipedia)