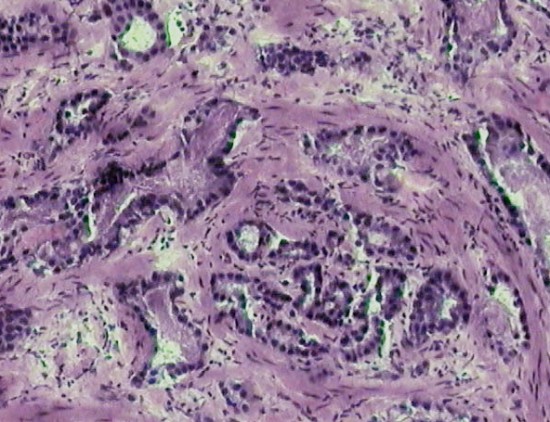 Finding a cure for cancer has been the mission of millions of scientists around the world. Significant breakthroughs have been made in developing treatments for cancer, and even some preventative measures have been developed like the HPV vaccine that guards against certain strains of the humanpapillomavirus, one of the few viral causes of cancer. But despite advances in immuno and virotherapy, there remains a need for an effective, easily produced, and easy to tolerate treatment for cancer.

Researchers working in part at the Mayo Clinic in Rochester MN, and St. James University Hospital in Leeds, UK believe they have developed a new virotherapy with tremendous potential. Their method focuses on prostate cancer in mice, and while very successful it remains to be seen whether this therapy could be translated with the same effectiveness into humans.

Still, the new therapy addresses some of the issues that have caused problems in the use of immuno and viral based therapies before, therefore the researchers believe it is the most effective cancer therapy of its type in mice to date. This type of therapy uses a complementary DNA (cDNA) library derived from normal prostate tissue. cDNA is synthesized or assembled from mRNA, a template that researchers use to make a direct copy of the DNA strand of interest. The cDNA library contains the genetic information for healthy prostate tissue.

The researchers inject these cDNA libraries inside virus shells — a virus with all of the internal information cleared out. Delivering the cDNA inside a virus triggers the mouse’s immune system to make antibodies that are created by the body specifically to attack cancerous cells of the same histological type from which the cDNA library was created, in this case the prostate.

The method is effective because the mouse’s own immunological defenses attack the tumors, eliminating the cancerous cells within two treatments. What makes this therapy so useful is that it is tailor made for the specific type of cancer effecting the body, so none of the other organs or tissues in the body are negatively impacted by the treatment.

While immuno and viral therapies have been around for some time, scientists have struggled to translate treatments that seem viable in mice into human patients. The Mayo Clinic and St. James’ researcher believe their therapy is a breakthrough in cancer treatment because use of the cDNA library sparks the creation of a broad repertoire of tumor-associated antigens that are undefined. This means that the emergence of cancer variants that are resistant to this approach will be limited. In addition, the use of viral vectors can make the treatment viable for clinical delivery without the need for tumor targeting. This makes the treatment more useful for clinical production.

It remains to be seen if virus-expressed cDNA libraries will be an effective cancer treatment in humans, but the therapy is a new paradigm in cancer treatment that addresses some of the key issues with previous immuno and virotherapies in mice. The researchers hope to test their treatment, which is described in further detail in a paper in the journal Nature Medicine, in human patients sometime in the future.