Why Virginia’s Gubernatorial Race Is Such a Big Deal 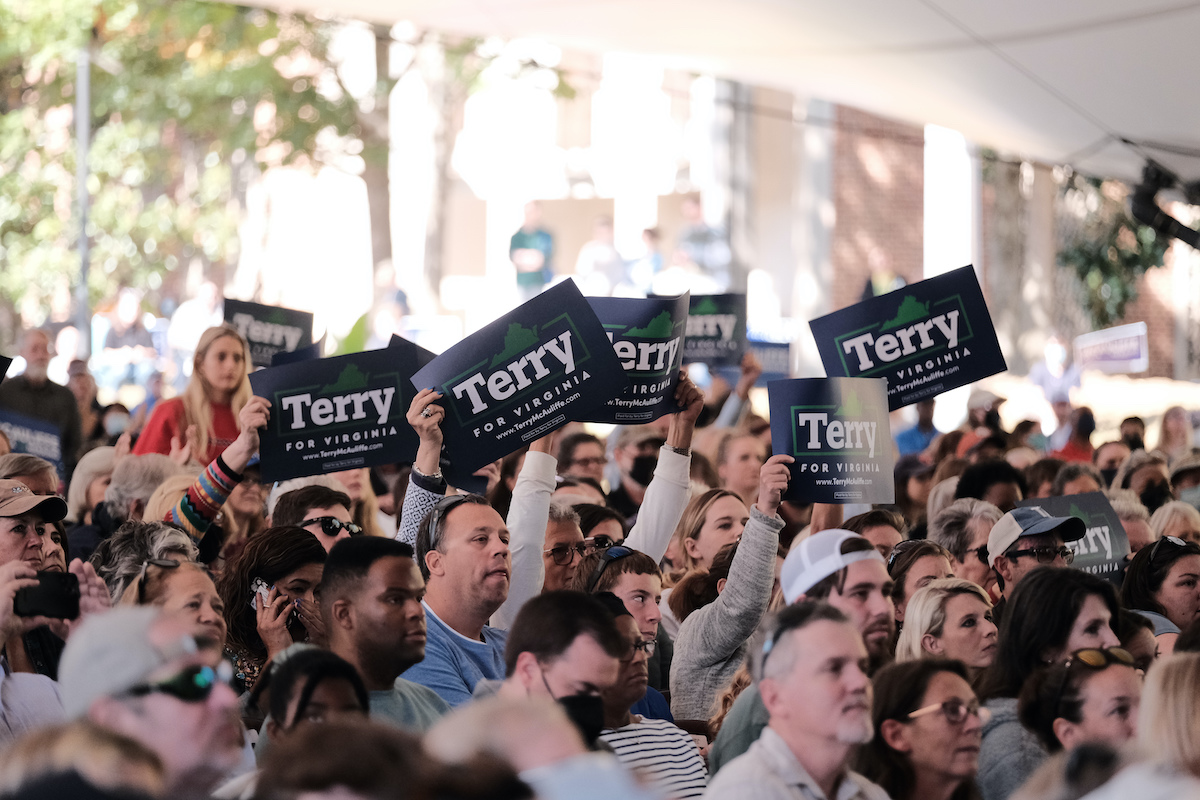 Next week, Virginians will pick a new governor and as of now, the race is distressingly close. Democrat Terry McAuliffe and Republican/mini-Trump Glenn Youngkin are currently tied in the polls—something that should not at all be the case in a state that has been working its way to being solidly blue over the last decade or so.

In addition to being an important race for Virginians, this election will have a huge impact nationwide. It’s one of the first big statewide elections of Joe Biden’s presidency and like it or not, these elections are tied to the larger narrative about Biden’s approval rating and loyalty to Donald Trump.

This race in Virginia is likely to play a large role in the narrative that gets shaped in next year’s midterm elections across the country. McAuliffe doesn’t get to just run on his own platforms and policies, he has to convince voters to elect another member of the Democratic party, which also requires from voters a degree of tacit approval of Biden’s policies. This could be part of the reason why, in recent months, McAuliffe has lost the narrow margin he had over Youngkin. In that same time, Biden’s approval rating has continued to plummet.

If Virginia’s Democratic voters are feeling despondent over national politics, it’s less likely that they will vote Republican and more likely that they simply won’t vote at all. Off-year elections already have historically low voter turnout; if voters aren’t especially excited about a candidate, they’re just going to stay home.

A lot of the party’s big names have been stumping for McAuliffe in recent weeks, including Barack Obama, who urged voters at a rally this weekend to turn out.

Meanwhile, if Youngkin wins, it will send a terrifying message to Republicans next year regarding what sorts of policies and rhetoric will get their bases fired up. Earlier on in his campaign, Youngkin positioned himself as sort of the next Trump, and while he’s distanced himself from that a bit (Trump’s name and endorsement don’t seem to command as much loyalty with Republican voters as they do with, say, sitting Republican lawmakers), he’s still got some incredibly Trumpish qualities. He’s railed against “critical race theory” and ranted about “George Soros-backed allies” infiltrating the public school system.

Youngkin seems to be trying to appeal to both extremely Trumpy Republicans and more moderate voters, being vague on exactly where he stands on a lot of issues. But he, like so many other Republicans, has focused his sights on a nonsensical idea of “wokeism” as being the biggest threat to the country. And if it works in Virginia, we’re only likely to see more of this sort of gibberish in other states.

Virginia is not the end-all-be-all of our current political landscape but it’s definitely not unimportant on a national scale. As CNN’s Stephen Collinson recently wrote:

Pundits sometimes over-interpret individual races, trying to extrapolate from them the results of future elections elsewhere while ignoring their idiosyncrasies. But a Democratic defeat in what has become a reliably blue state over the last decade would be impossible to ignore and would cause political headaches for Democrats that reach beyond the Biden presidency. Republicans have struggled in recent years to balance the increasingly populist and nationalist leanings of the pro-Trump base with a need to appeal to highly educated, affluent voters in the suburbs. The task is especially hard in the Northern Virginia suburbs around Washington, DC, which teem with federal workers and highly educated and affluent voters. But if Youngkin can thread the needle, the wider political world will take note.

Virginia is also giving us an important reminder that our mail-in voting system is still pretty broken. Democrats in the state are currently suing the U.S. Postal Service over delays. The complaint alleges certain USPS branches have failed to process and deliver ballots to voters, and that this failure is “threatening to disenfranchise thousands of Virginia voters.”

We’ll be keeping our eyes on Virginia over the next week leading up to the gubernatorial election.