Charlotte rescinded its extended protections for this? 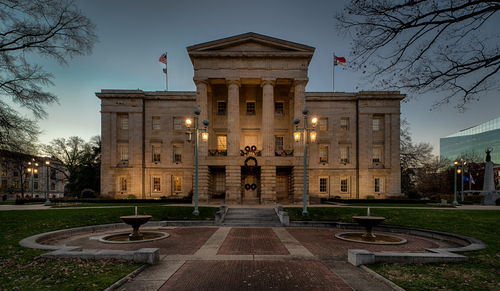 Lawmakers in North Carolina reneged on a previous promise to repeal the controversial HB2 “bathroom bill” that prevented trans people from using the proper restroom (i.e., the restroom that matches with their chosen gender). Despite Governor Pat McCrory losing re-election to Democrat Roy Cooper, the bill remains, and can be perhaps thought of as a lasting legacy of McCrory’s ignorance and prejudice.

HB2 was created to fight a city ordnance in Charlotte which allowed protections for trans people, specifically with regards to their choice as to which bathroom they wish to use. The bill, on a state level, requires everyone in North Carolina to use the bathroom that matches their gender at birth, thus overriding Charlotte’s city ordinance.

In order to repeal the law, the city of Charlotte offered to rescind the ordinance protecting trans people. In exchange, HB2 would be repealed, and a moratorium on anti-discriminatory laws would be established. While many Democrats in the state’s House and Senate were unhappy with that portion of the deal, the city of Charlotte went ahead and called back the ordinance.

Unfortunately, Wednesday’s special session—in which they would repeal the law—never took place, and HB2 continues on, unabated.

It’s a stunning, almost insulting move by the lawmakers of North Carolina, one that shows that they’re willing to stick to their prejudices and harmful—if not deadly—biases, even if it potentially costs trans people in the state of North Carolina their very lives and safety. The removal of the right to honestly the most basic, basic, basic of human rights—the right to use the freaking bathroom—is a large step towards dehumanizing and otherwise “othering” trans people, who are already some of the most vulnerable people in the world.

Moreover—though perhaps less important than actual lives—North Carolina is losing millions in funding and other profits as entertainers, sports organizations, and government funding are redirected elsewhere in a response to the hateful bill. The NBA pulled out of allowing Charlotte to host the All-Star Games, while Bruce Springsteen, Laura Jane Grace, and many more music stars have cancelled shows in North Carolina.

As well, North Carolina receives over $4.5 billion in funding from the federal government for its schools. That’s especially notable because it’s believed that HB2 is a violation of Title IX, which protects students from discrimination. Under Obama, Title IX was extended by executive order to include protections on the basis of gender identity. Thus, the bill is in violation. However, with the new administration hell bent on rescinding those executive orders and other such protections (and really, with few who would stand in the way to stop them), it seems that North Carolina may very well get to keep its funding while begging off the pressure of losing a substantial chunk of change.

Keep in mind that the bill was created with the excuse that it would be to protect women in women’s restrooms. Of course the catch to that is that it isn’t women who are mostly concerned about trans women using women’s restrooms. According to the Washington Post, 51% of adults feel that people should be able to use whichever bathroom aligns with their given identity. Broken down by binary gender (which is, itself a limiting factor), men seem to skew that result, with 55% of them disagreeing. 45% of women follow along similar lines as well.

Moreover, according to a small study analyzing internet comments performed by Rebecca Stones, a researcher at Nankai University in China, people she perceived to be women (based on various factors and tells) were more likely to be fine sharing a bathroom with trans women. Men, on the other hand, were 1.55 times more likely to “express worries about safety and privacy.”

This is, essentially, yet another case of men trying to do something “for” women without actually consulting or interacting with said women. It’s a gross example of “men knowing best,” even if they really, really don’t. It’s condescending and further pushes some serious gender essentialist bunk that demeans all women, not just trans women. It’s using women as an excuse to discriminate and marginalize a portion of the population, and it shouldn’t be allowed to stand.

But given the current political forecast and climate we now live in, it may very well do just that.

(via The Daily Dot, image via Shutterstock/Nagel Photography)