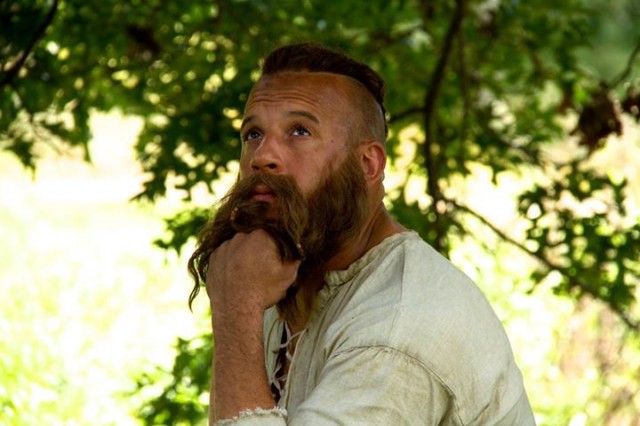 Vin Diesel’s Facebook page has given us many awesome things, but this… this is not one of them. If you’re unfamiliar, The Last Witch Hunter is described on IMDB as a movie in which “The last remaining witch hunter battles against an uprising of witches in modern day New York.” In addition to Diesel, it starts Elijah Wood and Game of Thrones‘ Rose Leslie—add all that together, and it sounds like it could be a cheesetastic masterpiece. But that chin Tribble. Ew.