The Village Voice to Pay Comic Artists | The Mary Sue 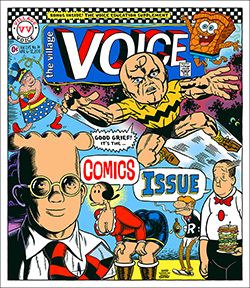 I wanted to have a big special comics issue, but I had a limited budget. So in a well-meaning effort to make this work, I asked some cartoonists to provide work without compensation. In the last couple of days, it’s been pointed out to me quite clearly that this was not the best way to help out the cartooning industry. The thing is, we’re not a company that expects people to work for free for the exposure. And I’m making this right: I’m paying all of the artists in the special issue.

And hopefully buying them beers and working with them again soon.

— Tony Ortega, editor of The Village Voice, which admitted earlier this week that most of the artists featured in its Comics Issue were being paid in “exposure” rather than money in the middle of an article about how difficult it is to make a living as an independent comics artist.

(via The Village Voice.)