11 Years Later, Viggo Mortensen Talks About The “Sloppy” Production On Peter Jackson’s The Lord of the Rings Trilogy 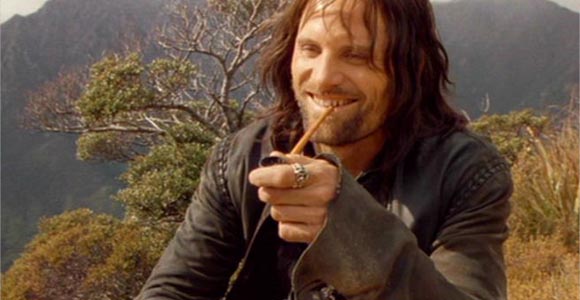 Why? We’re not quite sure.

In an interview with The Telegraph, actor Viggo Mortensen considers his time working on Peter Jackson’s Lord of the Rings trilogy, a project he probably wouldn’t have gotten involved with if not for his son, and one which made him a star.

“Anybody who says they knew it was going to be the success it was, I don’t think it’s really true,” he says. “They didn’t have an inkling until they showed 20 minutes in Cannes, in May of 2001. They were in a lot of trouble, and Peter had spent a lot. Officially, he could say that he was finished in December 2000 – he’d shot all three films in the trilogy – but really the second and third ones were a mess. It was very sloppy – it just wasn’t done at all. It needed massive reshoots, which we did, year after year. But he would have never been given the extra money to do those if the first one hadn’t been a huge success. The second and third ones would have been straight to video.”

To be sure, Mortensen is right about the first part, no one could have predicted the success of the fantasy films, but why go into those internal issues of the production? And so long after the fact. Could it be because they forgot to check in with him on reprising his role of Aragorn in The Hobbit films? Probably not, but Mortensen did go on to talk about the CGI in Jackson’s films, and perhaps, over reliance on it.

“Peter was always a geek in terms of technology but, once he had the means to do it, and the evolution of the technology really took off, he never looked back. In the first movie, yes, there’s Rivendell, and Mordor, but there’s sort of an organic quality to it, actors acting with each other, and real landscapes; it’s grittier. The second movie already started ballooning, for my taste, and then by the third one, there were a lot of special effects. It was grandiose, and all that, but whatever was subtle, in the first movie, gradually got lost in the second and third. Now with The Hobbit, one and two, it’s like that to the power of 10…I guess Peter became like Ridley Scott – this one-man industry now, with all these people depending on him,” Mortensen adds. “But you can make a choice, I think…And Peter, I was sure he would do another intimately scaled film like Heavenly Creatures, maybe with this project about New Zealanders in the First World War he wanted to make. But then he did King Kong. And then he did The Lovely Bones – and I thought that would be his smaller movie. But the problem is, he did it on a $90 million budget. That should have been a $15 million movie. The special effects thing, the genie, was out of the bottle, and it has him. And he’s happy, I think…”

Guys, if there’s an issue, please just hug it out.