Why Story Matters in Video Games | The Mary Sue

Why Story Matters in Video Games

This post originally appeared on The Portalist. It has been republished here with permission.

The first time I cried playing a video game was when I killed The Boss.

Not any boss in any boss fight, but The Boss in Metal Gear Solid 3. The entire game’s narrative is built around the pursuit of The Boss and why she, revered as history’s greatest soldier, would betray her country and her protege (the player). The final fight of the game ends with some gut-wrenching reveals followed by a static scene of Snake, the hero, standing over the prone, injured body of The Boss. Snake’s gun is drawn.

He just has to pull the trigger.

You just have to pull the trigger. 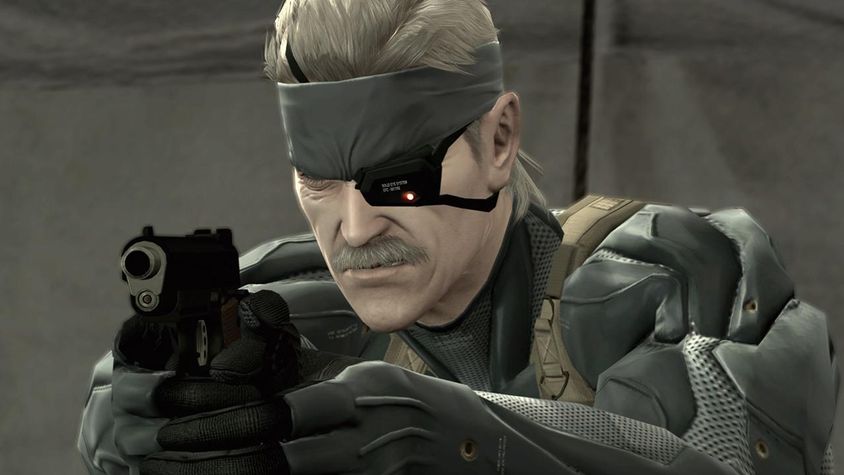 As a gamer, I’m accustomed to killing things in games, whether by shooting them, slicing them, jumping on them, or throwing objects at them. This simple action of pushing a button to fire a digital bullet wasn’t different from any other time it’s happened in the history of games, from 8-bit Contra dudes to modern Overwatch combat. But in that moment, all I could think about was the journey there, the narrative and characters that unfolded over 15 hours. Later, after I killed The Boss, I was talking with my soon-to-be wife about how good that game was, not so much the gameplay (which was top notch for its time), but for the story it wove. She replied with her own tale of Final Fantasy VII and experiencing the shock of Aerith’s death.

These moments were what stuck with us—and still stick with us—years later, despite epic boss battles or cool stealth action or a stellar combat system. The story, above all else, outshined the delivery method. 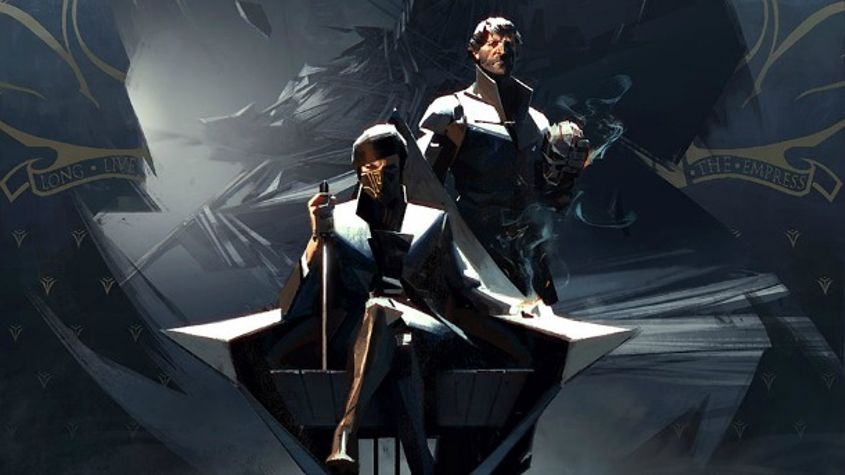 Storytelling in video games has come a long way since the days of “aliens have invaded, fight back” or “someone has been kidnapped, fight back,” narratives that acted as background scenarios for arcade style action and not much else. Today’s modern gaming releases often spend as much on character and world-building as level design and gameplay mechanics, from Dishonored’s bizarre steampunk world to the unique sci-fi universe of Mass Effect, which has its own in-game rich history and science. This had been a gradual shift over the past twenty or so years, as narrative has changed from a blurb in a paper instruction manual to something that often comes up as a talking point in reviews.

Despite all of this, the significance of storytelling to gaming is still debated—is it throwaway, is it a necessary evil, or is it simply the evolution of the industry?

The answer may be all of the above, depending on the vision of the developer. And the existence of that choice demonstrates the gradual shift in how the industry views storytelling—and the maturation of video games as a medium and art form. The hard numbers show that many gamers value story in games: according to the 2017 Entertainment Software Association’s annual survey, 59% of respondents cited “interesting story/premise” as a factor in purchasing a game. That’s more than the number who cited “online gameplay capability” (50%), a realm in which story is often set aside for online competition or teamwork.

“Story gives you escapism and reflection,” says Eric Smith, author, literary agent, and co-founder of Geekadelphia, a Philadelphia-centric geek site that provides industry commentary and covers local gaming events. “It leaves you with something, in exchange for the time investment. Maybe it gives you a way to reflect on your own life and the relationships you have in it (like the way Life Is Strange does) or makes you rethink your place in a sometimes terrifyingly large world (see Mass Effect). Sometimes both.”

But while video games span the realm from artsy narrative to mindless escapism, those moments process in our brain differently than watching a film or reading a book. “There is something unique about a game in that when we talk about the story or experience we say ‘I did’ versus saying that the character did something,” says Josué Cardona, mental health professional and founder of Geek Therapy. “So regardless of the video game, once you play it becomes your story. How we think and feel about games has a lot to do with our memories of them and we feel things differently when they happen to us.”

During the early days of video game development, memorable moments were more about level design or gameplay elements. Over the past twenty years, developers have branched out, using the medium itself for unique storytelling experiences impossible in film or books. The Metal Gear Solid 3 example above would live differently in another format—it would exist as a predetermined film edit or word count. But in a video game, it can be short or drawn out; players can execute The Boss without a second thought or they can stew on the decision indefinitely. It becomes a moment they own.

[Spoiler alert: The next paragraph details a critical moment from 2015’s Life Is Strange.]

“Another example is in Life Is Strange,” says Cardona. “There is a scene in which you, as Max, are confronted with the choice of giving morphine to your best friend, essentially killing her, in order to stop her suffering or not kill her and let her suffer. A book or movie might show Max deliberating but I actually went through the process of weighing both decisions, thinking of the consequences, looking at my friend, hearing her ask me to do this for her. It was very uncomfortable because I was doing it. I didn’t feel bad for Max, I was Max.”

Telltale Games has built up its own niche genre around story in games, eschewing many traditional gameplay elements for what is essentially branching interactive fiction. These types of games represent the complete opposite of twitch-based arcade action, with minutes of watching cutscenes before dialogue choices drive things forward. It’s similar in many ways to watching a show or movie, but the ownership over the story is heightened by player choice. “Choose Your Own Adventure novels are great and all, but they don’t hold up to a Telltale Game, where your decisions have drastic consequences as you move along,” says Smith.

But while graphics and processing power are exponentially better than the days of NES or Sega Genesis, modern developers are still able to move audiences emotionally while limiting themselves to 8-bit or 16-bit aesthetics. This may be the most significant shift in video game storytelling since the format’s birth—not the realism of a 3D-rendered human face or the quality voice-acting and motion-capture performances or the cinematic score, but the simple acceptance that pixels and bits can tell a story.

The variety of storytelling demonstrates how the industry allows developers to explore all of these avenues. Minimalist storytelling, such as in Thomas Was Alone, can be as compelling as a massive AAA title such as Uncharted 4. Or games can be addictive and competitive fun with a thin story, as seen in the multiplayer realm or casual gaming. In the end, story matters because it has transformed what the industry is capable of—and how the audience regards what people come to expect in games. 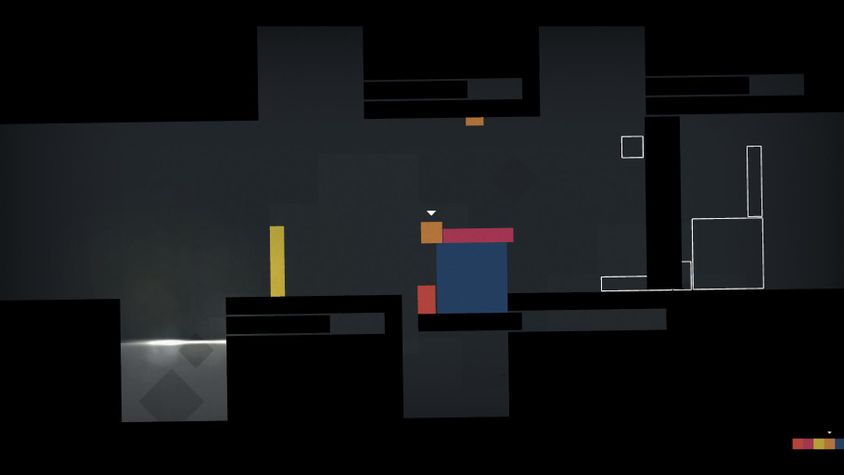 “I don’t believe that games now are (technically better) at having an emotional impact, I think we have more game designers who want to do that,” says Cardona. “A game like Gone Home could exist on SNES and had a similar impact, particularly on LGBT youth and their families. Rogue Legacy is very much a 16-bit game which I believe has a message about disability and human differences.”

About half of the video game audience may factor in story when deciding on a purchase, but just as audiences in film, books, and music have differing tastes—from throwaway fun to dramatic and compelling artistic statements—video game developers are now able to choose how much of a title is a “game” in its purest sense. Is it designed for fast reflexes? Will it create a meaningful interactive experience that lingers long after the credits roll? Will it be both? Developers can make conscious decisions about the emotional impact of pushing those buttons. Storytelling changes the context of how we experience video games, elevating it with a potential to speak on the human experience as much as our greatest films or novels.

Twenty or thirty years ago, the technology could have produced these narratives but the industry wouldn’t support them; gaming was dismissed as kids’ stuff. Now, a generation has grown up, processing their own emotional memories of playing games and digesting books and movies, then blending them together to think about the way it can all be experienced.

That potential is exactly why storytelling is so important in video games—because when a medium gets to a point where it can be just mindless fun or it can move the audience to tears or a little bit of both, that’s when it truly blossoms into art.