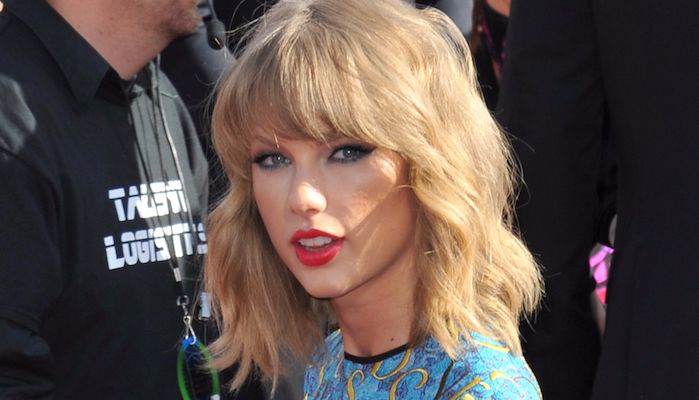 Every year, Victoria’s Secret puts out their #WhatIsSexy list, showcasing the women in various public fields deemed “sexiest” by the company and its voting customers. (Mostly women, I should say, as James Corden won “Sexiest Late Night Host.” I can only assume they’ve never heard of the supremely sexy Samantha Bee.) I don’t know what we might have been expecting from this company, famous for its monolithic body types and cultural appropriation (a lot of cultural appropriation), but the released list is disappointing, even by the low standards they’ve set for themselves.

So, what is sexy, according to Victoria’s Secret? If you guessed young, white, thin, and able-bodied, congratulations, you win the prize. (Your trophy is your own rage.)

Victoria’s Secret decides to tell you #WhatIsSexy. Note: your odds of getting on this list go up if you’re young, thin, and white. pic.twitter.com/QXF29vz5in

Featuring celebrities like Taylor Swift (“Sexiest Entertainer”), Billie Lourd (“Sexiest Sense of Humor”), Mandy Moore (“Sexiest Actress”), and Margot Robbie (“Forever Sexy”–an impressive title to earn at 26), the list is predominantly white, predominantly young (most are under 30, nearly all are under 35), and entirely typical model sizes. There are a few women of color (Chrissy Teigen, Olivia Munn, Priyanka Chopra), although it’s glaring that the majority of them are Asian-American, a group still too often insultingly reduced to fetishes of delicate womanhood.

Last year’s list, while suffering from overly superficial categories, featured far more Black and Latina women, as well as a slightly higher age median. Kerry Washington, Sofia Vergara, Jennifer Lopez, Keke Palmer, and Rashida Jones were all included in 2016. Quantico was awarded “Sexiest Cast.” (This year it was The Royals.) While the correlation could be coincidental, it’s hard not to note that last year’s list described the women as “sexy, bold, and powerful.” They were the “fiercest and most inspiring women in Hollywood who embody an aspirational lifestyle.”

This year’s aesthetic? It’s all about their “Sexy Little Things” collection. If “little things” are in, perceived power is out, as are, apparently, WOC and anyone over 35.

So who is to blame for this definition of sexy? After all, it was decided by customers’ votes, not the company. It might, then, be easy to reduce the list to some sort of natural, universal taste in beauty. Which is, of course, total rubbish.

To start, the company’s nominee options were barely more inclusive than the final winners. (In regard to race–the ranges of age and body type were still practically nonexistent.)

Scrolling through Victoria Secret’s Instagram, or viewing any of their runway shows or event galleries, the women reflect a similar look as this year’s list. So for defenders of the “that’s just what sells in fashion” argument, which came first? Do companies like Victoria’s Secret keep to the young/white/able-bodied/sample size aesthetic for fear of alienating customers who associate that look with traditional beauty and fashion? Or do customers view that look as “universally sexy” because they are constantly told that’s what’s beautiful? Is Victoria’s Secret’s Instagram full of thin white models because that’s what they think we find beautiful, or do we find that beautiful because that’s what dominates their Instagram?

The answer has to be both. We all have power here, but it takes work. VS has the power to choose their nominees, and voters & customers have the power to question the ingrained ideas of beauty they’ve been conditioned to think are instinctual and simple “personal taste.” This kind of lack of representation survives in ignorance and laziness. No one has to succumb to either.