Rhodey Could've Been Vice President in Avengers: Endgame. What About Cheadle? | The Mary Sue

Rhodey Could Have Been Vice President in Avengers: Endgame, but What About Don Cheadle?

Cheadle is more qualified than anyone in office currently. 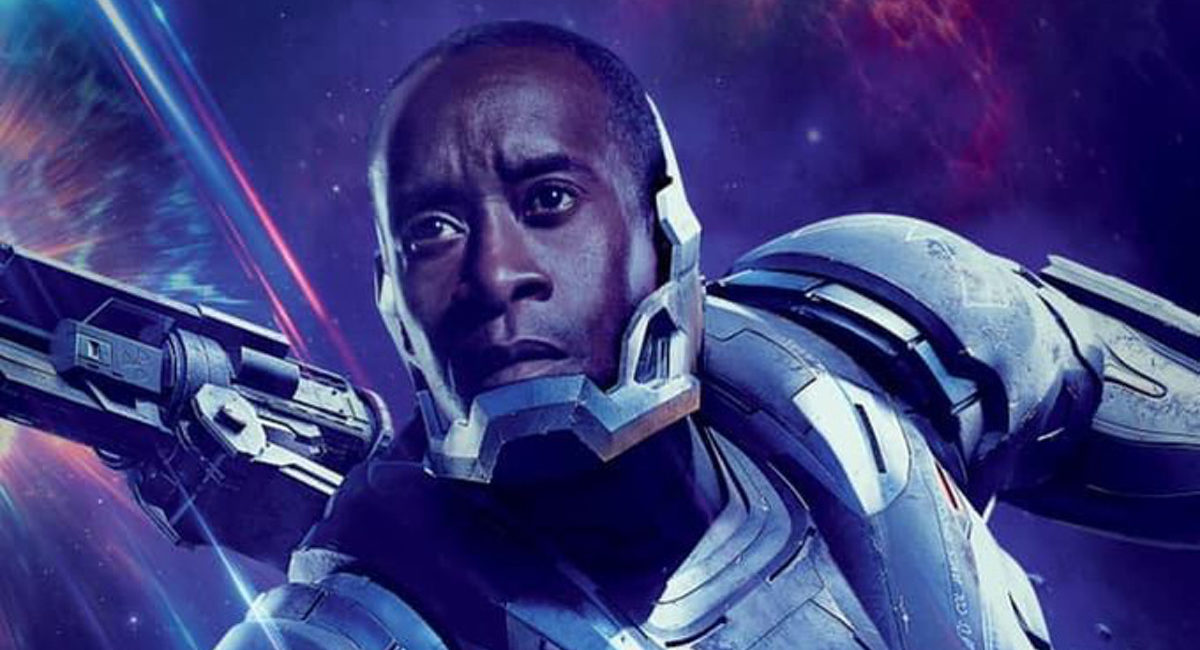 Avengers: Endgame had plenty of storylines that ended up being dropped throughout the process of writing the film. From Natasha Romanoff’s orphanage to alternate endings, there was a lot that could have been different in the end product, and one of those things was James “Rhodey” Rhodes, Vice President of the United States of America.

In an interview with ComicBook.com, screenwriter Christopher Markus revealed that one of the dropped ideas for Avengers: Endgame included a world where Rhodey was Vice President. While I think that would have been a great addition to the movie, I also think about all the jokes that Tony would have made for his best friend, and I also think about the interactions we could have gotten between Rhodey and Tony that we were deprived of in Endgame. (Can we have a movie that’s just Cheadle and RDJ on a road trip or something? I need it.)

Markus stated, “We took it out because it didn’t have any story weight, but I believe that during one draft, in the five year jump, Rhodey became vice president.”

I have to instantly protest, because … no story weight? A giant part of the tension between Tony and Rhodey came from Rhodey’s connection to the government, leading into Civil War, but I guess Rhodey doesn’t need to be VP, right? (Wrong, I want this now more than anything else).

It’s interesting, though, because out of the enormous Marvel cast, Don Cheadle (who brought Rhodey to life from Iron Man 2 on), is one of the most vocal, politically, on Twitter. Joining Chris Evans and Mark Ruffalo in their opposition to Donald Trump, Cheadle is open about his stance, his support of the LGBTQIA+ community, and standing up for one’s beliefs in a way that I think would have benefited the idea of Rhodey as VP.

That led to me thinking about Cheadle himself as vice president—purely for fun. I feel like that’s something I should state because otherwise it’d look like I’m down for a celebrity president again, and honestly, please no. But if we were going to continue down the road of picking public figures, I think that Don Cheadle would be a great vice president to, say, Mark Ruffalo’s president, or vice versa. Mark Ruffalo would lead the charge against fracking, and Cheadle would actually try to help everyone have equality in the supposed country of the free. I think it’d be ideal.

Should we approach the idea of politics seriously? HAHAHA in 2019? But honestly, I would have really enjoyed seeing Rhodey as vice president so much so that I will now dream of a world where very politically active and liberal-minded Don Cheadle is in charge of our country. Then, I could at least sleep without anxiety attacks about what other awful thing the president was going to do the next day.