Review: Hulu’s Veronica Mars Is All Grown Up 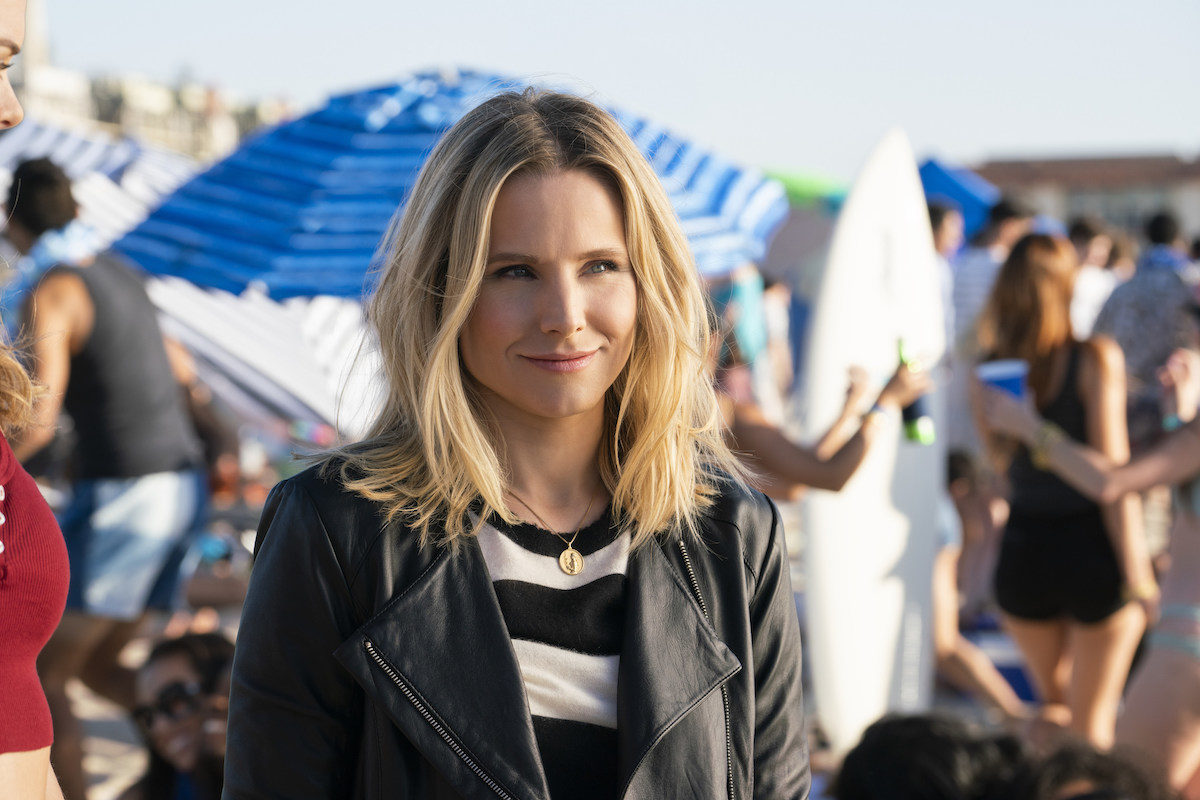 This review is spoiler-free but does discuss some basic plot points of Veronica Mars season 4.

Ten years after the series first aired, Veronica Mars fans were treated to a bonus dose of their favorite (no longer) teenage detective in the form of a fan-funded movie. That movie was a fun visit with an old friend, but it was little more than 100 minutes of fan service, a lengthy parade of cameos and in-jokes. Luckily, the new season airing on Hulu goes deeper, gets darker, and, best of all, allows both the character and the show to evolve.

Five years after the film, which introduced Veronica (Kristen Bell) pursuing a life as a high-powered New York attorney, she’s back in Neptune permanently, running Mars Investigations with her dad. The relationship between Veronica and Keith (Enrico Colantoni) was always one of the very best parts of the original show and that has not changed. Their rapport is still just as perfect as ever, and now that Veronica is an adult and an equal partner in the business, the mutual respect that’s always existed between them is really allowed to fully flourish.

Neptune has always been a city at war with itself—working-class people and a criminal underbelly butting up against the ultra-wealthy (who don’t lack in criminal behaviors themselves). Season four opens on the “month-long bacchanal” that is spring break in Neptune. The town is overrun with insufferable college bro archetypes, from frat guys to sort of incel-lite geeks. As if that weren’t bad enough, an anonymous bomber is targeting tourists and Veronica is tasked with finding out who’s behind the attacks.

Moving the show from network TV to Hulu means that there are far fewer limitations on what they can put onscreen. That means that Veronica gets to actually be the adult she now is. That means a full sex life and the occasional recreational drug-fueled bender to blow off steam. There’s also more violence than I remember from the original series. Oddly, the only rule Hulu seems to have imposed on creator Rob Thomas is a ban on F-bombs. Luckily, the workaround for that issue ends up being the best running gag of the season.

It’s an ambitious undertaking to revive a show 15 years after its premiere with a commitment to remaining true to the character while also exploring how she would have matured, and there are definitely some growing pains on display. The season is overstuffed with subplots, which not only steal time from other already beloved characters (I’ll be blunt, I’m talking about Wallace; I wanted approximately 500% more Wallace), but it also means much of the season isn’t centered on Veronica’s POV. Her trademark voiceovers, then, are sporadic and feel more like a stylistic obligation than a natural storytelling device.

The show also struggles at time to keep up with its own dark side. Veronica walks the line between anti-hero and straight protagonist, and not too deftly. Teenage Veronica would frequently use her connections and her understanding of both the legal system and Neptune’s criminal world to pit the two against each other; but it’s a totally different thing to watch her as a 30-something-year-old adult white woman do things like interrogate a Mexican teenager and weaponize the threat of prison.

But the biggest weak spot of the season is Veronica’s relationship with Logan, which is incredibly unhealthy, possibly even bordering on emotional abuse. Logan is still (as we saw in the movie) serving as a Naval officer, and he comes and goes from their shared life frequently and with basically no notice. This is great for Veronica, a master of compartmentalization; but Logan is actively trying to improve both himself and their relationship. Her goal seems to be to stop his development, even mocking him for seeing a therapist. Logan and Veronica have some dark, complex issues they’re working out—so complex that it feels like the show might have bitten off more than they could chew in trying to tackle them.

Despite all of that, the good of the season significantly outweighs the bad. It really does feel much closer to the original than the movie did, similar enough to feel like a welcome revisiting of an old friend, but still definitely its own distinct thing. There are some fantastic new characters this time around that force Veronica out of her comfort zones.

We get to see her forming an adult female friendship with Kirby Howell-Baptiste’s awesomely feminist bar owner Nicole, and just as in The Good Place, the chemistry between these two women is phenomenal. There’s also a tenacious, wily, too-smart-for-her-own-good teen girl and yes, that does sound familiar, doesn’t it? Watching Veronica basically be forced to grapple with her own teenage self is a total delight.

Ultimately, I really found myself hoping this isn’t the end for Veronica Mars. Season four might not have been perfect but it was a bold step in an interesting direction and I’d like to see where a fifth season might go. And if we’re left hoping for more, that has to be a win.

Veronica Mars season 4 hits Hulu on Friday, July 26th. Seasons 1-3 are there now if you want a refresher.