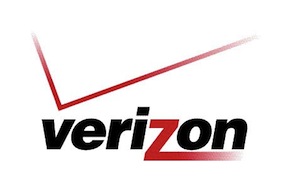 Mobile phone carriers have long flirted with unlimited data plans — offering them and then not — in order to convince customers to come to their side of the fence. This is nothing new, as both AT&T and Verizon have played this game before, but what is honestly the tiniest bit shocking is how these companies seem to think that unlimited plans aren’t the future of their industry. Speaking at the Goldman Sachs Communacopia Conference yesterday, Fran Shammo, Verizon’s CFO, said “that whole unlimited thing,” in his opinion, “is going by the wayside.”

This kind of statement is mighty confusing, even in context. Here’s the full paragraph where Shammo lets this nugget slip, with the important bit in bold:

So what customers are understanding and through our good sales routine is once you explain to a customer their usage on a monthly basis, unlimited is just a word, it doesn’t really mean anything and that people don’t really — I think a lot of consumers think they consume a lot more data than they really do. So that whole unlimited thing I think is going by the wayside and they see the benefit of going to the shared.

So, Shammo’s saying that folks are switching to Verizon’s new shared plan because they’ve come to realize it’s better for them. In reality, if an unlimited data plan customer wants to upgrade their current phone, say to the iPhone 5, but doesn’t want to pay sticker price, they are required to switch to the shared data plan. There are surely those on the unlimited plan that made the call to switch based on their usage, but Shammo’s assertion misrepresents the facts. It’s more coercion than persuasion.

There’s also the little fact that the amount of streaming is only set to increase, thus meaning more data. Something tells us that unlimited plans will only become more desirable as time goes on. Whatever you say, though, Verizon.