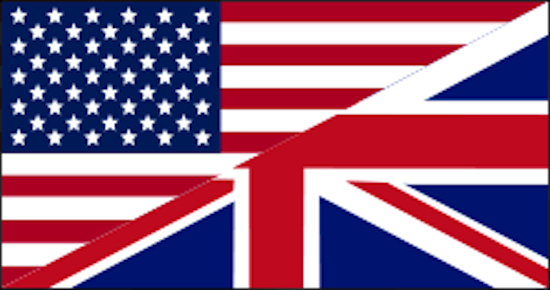 Want some creepy, Big Brother flavored news? The British government is mulling a plan that would riddle its telecommunication infrastructure with “probes” that could surreptitiously read and glean information from citizens’ emails and Facebook messages. Any other day, that would be the most offensive and invasive thing done by any major world power to their citizens. The United Kingdom got a stroke of luck, though, releasing the report in the wake of a leak from the U.S. Department of Justice that outlined the circumstances in which the United States government can use a robot to rain fire from the sky on a U.S. citizen without due process. Which is…probably worse? Yeah, probably worse. No one is having a great day here, though.

The U.S. take on drone strikes on U.S. citizens abroad is pretty bone-chilling stuff, giving the high sign to government-issued kill orders on U.S. citizens overseas who are identified as “senior operational leaders” of al-Qaeda “or associated forces.” Leaving aside for a moment the fact that terms like “associated forces” are pretty murky — associated with which branch of al-Qaeda, say — just the principle is pretty tough to swallow, as it basically allows the government to decide someone is a terrorist and — without having to prove in court that said person represents an imminent threat — bomb them back to the Stone Age without so much as a trial. If that doesn’t freeze you to the core, I don’t know what will.

If someone is actively encouraging and providing logistical support to people on the record as out to kill or harm other Americans, at what point is it fair to say that they’ve functionally renounced their citizenship? I don’t know that, but my gut says there is a point at which that is, for all intents and purposes, the case. If it can’t be demonstrated that they’re actively seeking to do harm or help others do it, though? The “trust us on this” of the government is a lot to ask. It’s so much to ask, in fact, that the Constitution seeks to ensure that we’ll never have cause to ask it by guaranteeing every citizen the right to due process — a day in court where they can face their accuser and make their defense. No matter how abhorrent the crime, no matter how flimsy the defense.

Of course the other option here is giving people the government and intelligence communities believe are active terrorists — like U.S. citizen and al-Qaeda grand poobah Anwar al-Alwaki, killed in a 2011 drone strike in Yemen — a leg up and know they have one less thing to worry about because they were born in a country they’ve since called for warfare on, an idea I don’t suspect anyone is exactly in love with. Welcome to tricky moral grey areas, everyone. If you feel like reading the full sixteen page memo (watermarks ahoy) that was leaked to NBC last night, you can do so here. If you feel like just sighing heavily and having a drink because apparently this is the world we live in now, and have for some time, you certainly couldn’t be blamed for that either.

Now see? When we lead with that, it makes the British government’s latest round of unprovoked, unwarranted surveillance on their own citizens seem almost quaint by comparison. It’s not, of course, representing a pretty staggering violation of privacy. The government report was quick to point out that they’re not looking to read the content of emails, they just want to track where citizens are sending messages internationally, and where in the world they’re receiving messages from. Again, the government’s response — “Trust us, we’re not going to do anything unseemly.” — leaves one hell of a lot to be desired.

If someone out there has a good takeaway for all of this ugliness, feel free to let me know. Because right now, “The world is a scary place and the stuff we can do to try and make it less scary also usually makes it scarier, just in different ways” just leaves me needing a beer and a shower.